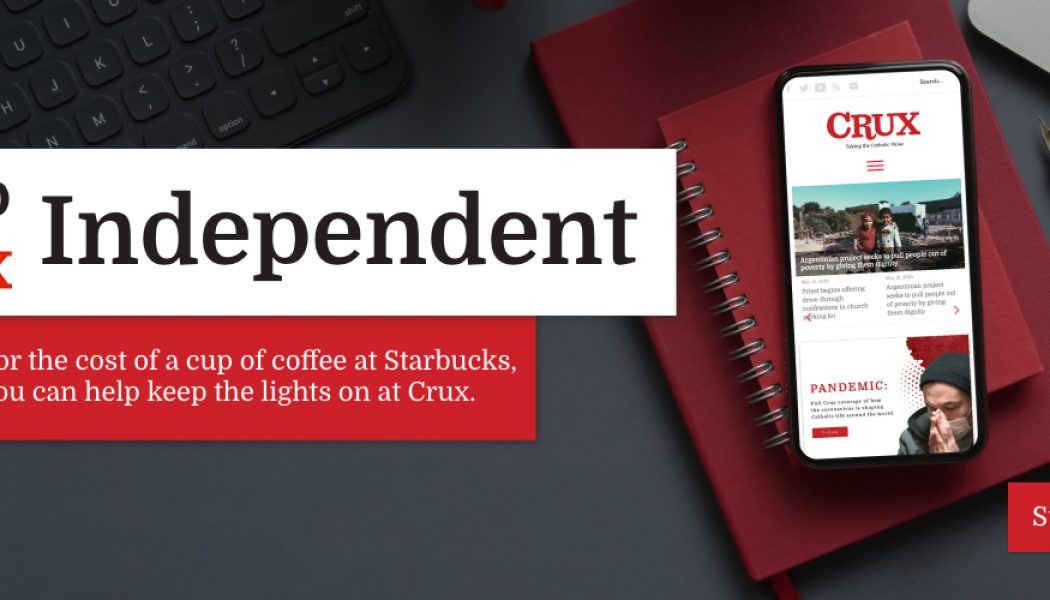 ROME – For Catholics from parts of the world where the Church isn’t necessarily socially dominant, part of the charm of living in Italy is the way Catholicism is so utterly woven into the fabric of life here.

If Italians are scared, as they were during the peak of the coronavirus pandemic, they look to the Church. If they’re angry, as they are much of the time about something or the other, they’re usually also mad at the Church.

Someone paying careful attention can see both the glories and the grubbiness of Catholicism anywhere, but it’s as if both qualities are presented in high-def technicolor, forever vivid and unmistakable, in the pope’s own backyard.

Herewith, a few recent Italian storylines to illustrate the point.

The “diocese” gets its day in court

In 1990, an elderly woman in Milan named “Elsa” (in keeping with privacy rules here, last names aren’t divulged in civil litigation) made a will, which she updated in 2011, indicating that she wanted to leave roughly $440,000 to help build new churches.

At the time, church leaders in Milan had launched a fundraising campaign for precisely that purpose, so it seemed clear she wanted her money to go to support the effort.

When Elsa died in 2014, however, her sister contested the will on the grounds that the language it used stated the money was to go to “the construction of new churches in the Diocese of Milan.” Technically, of course, there is no such thing as the “Diocese of Milan,” which has been referred to as an “Archdiocese” since the era of St. Ambrose in the fourth century, and which is legally incorporated as such.

Despite the obvious technicality, both a lower court and an appeals court agreed with the sister in 2015 and 2016. The appeals court found that the bequest is “null due to the failure to indicate a beneficiary and the indeterminacy of the beneficiary, since the requirement of such a determination cannot be recognized in the adoption of the expression used by the testator with mere reference to the ‘Diocese of Milan’.”

Naturally, lawyers for the archdiocese weren’t content and appealed the ruling to Italy’s Supreme Court, known as the Corte Suprema di Cassazione.

The justices recently issued their ruling, setting aside the appeals court decision and ordering a new trial. The Supreme Court seemed to tip its hand in terms of which way it thinks things should go, instructing the new judges not to rely on an “antiseptic and abstract exegesis of canon law” but an examination of the woman’s intent by “inserting it into the lived reality of the testator [such as] habitual attendance in parochial environments.”

As a footnote, one reason distinctions such as “diocese” v. “archdiocese” may loom larger here than elsewhere is that virtually every Italian law school includes coursework on canon law, and many Italian civil lawyers are also canonists. That’s because until recently, many aspects of Italian life, such as marriage, were governed by ecclesiastical rather than civil law, and to this day the overlap between the two systems is considerable.

In any event, time will tell if the church of Ambrose, whatever one calls it, finally gets its bequest.

The Alpine regions of northern Italy, near the borders with Austria, Switzerland and France, literally are dotted with scores of sanctuaries, shrines, chapels and oratories, some along historic ski trails, some along old market routes, some near what were once thriving communities that have long since disappeared.

Many of these places are shuttered almost all the time, despite being beautiful in themselves and sometimes containing priceless sacred art, because there’s no one to open and close the place for occasional visitors.

Now, however, visitors to Italy’s Piedmont and Valle d’Aosta regions can visit 23 of these picturesque settings on their own time, thanks to a new app called Chiese a Porte Aperte (“Churches with Open Doors”), which allows visitors to reserve a time to enter, automatically opens the doors and triggers a narrated audio tour, and then closes the doors when the visitors exit.

Interestingly, the Church isn’t the driving force: The project was launched by a foundation linked to a local bank, and it’s being coordinated by the regional branch of Italy’s  powerful Ministry of Cultural Goods and Activities and Tourism, a large part of the mission of which is to pump money into the upkeep of historical church properties. That’s because Italians understand that the country’s sacred art and architecture is one of the main reasons tourists come here, so keeping such places open and in decent condition is considered a national priority.

The new technology allowing previously closed churches to open automatically is apparently a first in Europe. It launched in September 2019 with 13 sites, and as of today, 10 more are being added to the list.

The app is available for Android and iOS, and, in keeping with the new realities of the COVID era, only five people will be allowed to enter any given site at a time. Hand sanitizers have been installed in the entryways to all 23 churches, and, presumably, it will be someone’s job to refill them periodically.

“Visitors can finally go back to ‘breathing beauty’, entering safely in often little-known cultural jewels, without human protection and in areas that are difficult to reach,” said a spokesman for the foundation.

On Garbage and Gazing

The flip side of Italy’s commitment to its cultural patrimony is the country’s legendary inefficiency and lethargy in maintaining such commitments, memorably captured in the world-famous Italian shrug accompanied by an expression such as “boh,” which is somewhere between “I don’t know” and “What am I supposed to do about it?”

The impact of all that can be glimpsed in especially clear fashion right now in Naples, where a literal mountain of garbage is obstructing access to one of the city’s most storied churches.

The church is Sant’Agostino alla Zecca, so named because it’s located in the city center near the royal mint of the Kingdom of Naples. (The word zecca in Italian means both “mint” and “tick,” as in ticks on a dog, and there’s got to be a juicy pun in there someplace.)

The church was completed under Robert I of Anjou, King of Naples, and entrusted to the Augustinian order in the 13th century. It was updated in the renaissance and again during the 17th and 18th centuries by a string of Italy’s most famous architects, and its interior contains frescoes by the artist Giacinto Diano.

Despite it glories, the church was badly damaged by the 1980 Irpinia earthquake in southern Italy that left 2,500 people dead, almost 8,000 injured and 250,000 homeless. Theoretically it’s been undergoing restoration ever since, but the work has languished and the general condition of the interior is still considered extremely poor.

Despite the fact people can’t go inside, pilgrims still visit the exterior of the church to gaze upon the glories of its design, with its twin bell towers and intricate stonework. At least such gazing was common until recently, when an eruption of uncollected garbage in front of the church rendered it impossible.

Italian cities, especially from Rome down south, are notorious for their inability to keep streets free of refuse. The mayor of Rome, for example, was recently compelled to apologize again for gaps in garbage collection, citing the fact of one-quarter of the city’s sanitation workers are presently off the job due to furloughs, vacations, and the impact of the coronavirus.

Even by those standards, however, the scene in front of Sant’Agostino alla Zecca is extraordinary.

According to local media reports, garbage began to pile up in the small street in front of the church a couple of months ago. Local residents complained, and city officials promised they’d show up quickly to fix things. Since then, according to various residents who’ve spoken to the press, they’d heard nothing more and nothing has been done.

In the meantime the site has become a garbage dump where it’s possible to find mattresses, building materials, tires, discarded appliances and even furniture in bits and pieces. Apparently, armed gangs with small trucks now come by to see what they can salvage and turn into profit. City officials now are saying that due to the economic impact of the coronavirus, all they can afford to do is to clean the city’s drains and use automated systems on the streets.

The situation, in a nutshell, reflects the glorious contradictions of Italy: High-tech apps up north to open previously closed churches, and mountains of garbage blocking even the entrances down south.