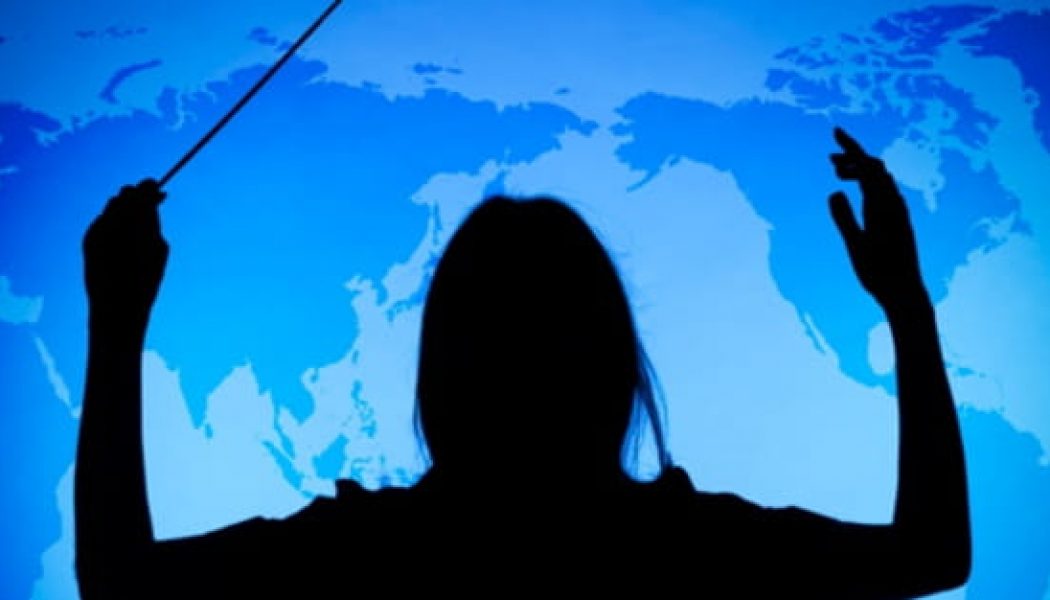 Christians are rightly and necessary concerned about leadership, but many Christians seem to aim no higher than secular standards and visions of leadership. We can learn a great deal from the secular world and its studies of leadership and its practices, but the last thing the church needs is warmed over business theories decorated with Christian language.

Christian leaders are called to convictional leadership, and that means leadership that is defined by beliefs that are transformed into corporate action. The central role of belief is what must define any truly Christian understanding of leadership. This means that leadership is always a theological enterprise, in the sense that our most important beliefs and convictions are about God. Our most fundamental beliefs about God determine everything else of importance about us. If our beliefs about God are not true, everything we know and everything we are will be warped and contorted by that false knowledge – and this fact points to a huge problem.

The culture around us has its own concept of God, and it has little to do with the God of the Bible. Out in the fog of modern culture, God has been transformed into a concept, a therapist, a benign and indulgent patriarch, and a user-friendly deity. As theologian David F. Wells states so powerfully, “We have turned to a God that we can use rather than a God we must obey; we have turned to a God who will fulfill our needs rather than to a God before whom we must surrender our rights to ourselves. He is a God for us, for our satisfaction, and we have come to assume that it must be so in the church as well. And so we transform the God of mercy into a God who is at our mercy. We imagine that he is benign, that he will acquiesce as we toy with his reality and co-opt him in the promotion of our ventures and careers.”

In the aftermath of this crisis in the knowledge of God, many essential truths are eclipsed or lost entirely, and one of those truths is the principle of stewardship.

The Sovereignty of God and the Stewardship of Leaders

Out in the secular world, the horizon of leadership is often no more distant than the next quarterly report or board meeting. For the Christian leader, the horizon and frame of reference for leadership is infinitely greater. We know that our leadership is set within the context of eternity. What we do matters now, of course, but what we do matters for eternity, precisely because we serve an eternal God and we lead those human beings for whom he has an eternal purpose.

But the most important reality that frames our understanding of leadership is nothing less than the sovereignty of God. Human beings may claim to be sovereign, but no earthly leader is anything close to being truly sovereign. In Daniel chapter 4, we learn of Nebuchadnezzar, King of Babylon, one of the most powerful monarchs in human history. God judges Nebuchadnezzar for his arrogance and pride, and he takes Nebuchadnezzar’s kingly sovereignty away from him. Later, after his humbling lesson, God restored Nebuchadnezzar to his greatness. Now, if your sovereignty can be taken away from you, you are not sovereign. Nebuchadnezzar spoke of the lesson he had learned about who really was sovereign, and he testified of God’s true sovereignty, stating that “his dominion is an everlasting dominion, and his kingdom endures from generation to generation” (Daniel 4:34).

It means that God rules over all space and time and history. It means that God created the world for his glory and directs the cosmos to his purpose. It means that no one can truly thwart his plans or frustrate his determination. It means that we are secure in the knowledge that God’s sovereign purpose to redeem a people through the atonement accomplished by his Son will be fully realized. And it also means that human leaders, no matter their title, rank, or job description, are not really in charge.

The bottom line is this – we are merely stewards, not lords, of all that is put into our trust. The sovereignty of God puts us in our place, and that place is in God’s service.

The Steward: The Real Meaning of Servant Leadership

The biblical concept of a steward is amazingly simple and easy to understand. The steward is one who manages and leads what is not his own, and he leads knowing that he will give an account to the Lord as the owner and ruler of all.

Stewards are entrusted with responsibility. Indeed, stewards in the Bible are shown to have both great authority and great responsibility. Kings had stewards who administered their kingdoms – just think of Joseph as Pharaoh’s steward in Egypt. Rich citizens hired stewards to serve as what amounted to chief executive officers of their enterprises – just think of the parable Jesus told about the wicked steward in Luke 16:1-8.

Paul describes ministers as “stewards of the mysteries of God” (1 Corinthians 4:11) and Peter spoke of all Christians as “good stewards of God’s varied grace” (1 Peter 4:10). Clearly, this is a concept that is central to both Christian discipleship and Christian leadership. Christian leaders are invested with a stewardship of influence, authority, and trust we are called to fulfill. In one sense, this underlines just how much God entrusts to his human creatures, fallible and frail as we are. We are called to exercise dominion over creation, but not as ones who own what we are called to lead. Our assignment is to serve on behalf of another.

Just think of the leadership failures and crises that regularly populate the headlines. Many, if not most of those failures originated in the leader’s arrogance or overreaching. Stewards cannot afford to be arrogant, and they must quickly learn the danger of overreaching. At the same time, stewards are charged to act, and not to stand by as passive observers. Leaders are to lead, but to lead knowing that we are leading on another’s behalf. Leaders – no matter their title or magnitude – are servants, plain and simple.

This essay is an excerpt from my recent book, The Conviction to Lead: 25 Principles for Leadership that Matters. It is available at Amazon.com, Barnesandnoble.com, and your local bookseller. Part two will follow on Wednesday, April 10, 2013.