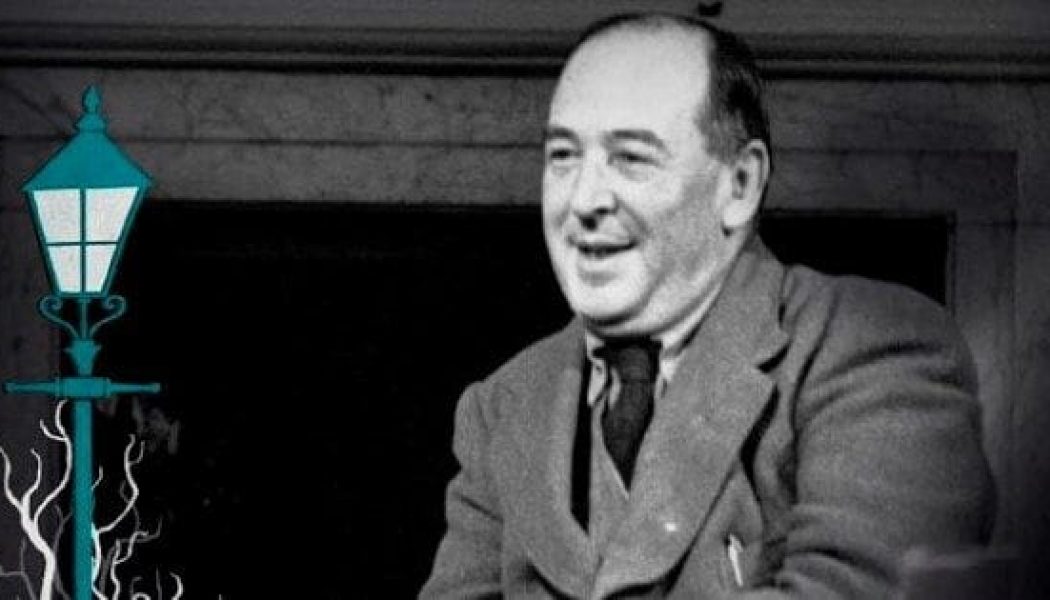 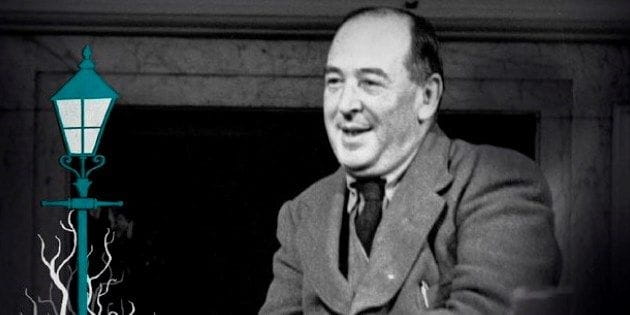 C. S. Lewis died 50 years ago, yet interest in his life and work continues. Allister McGrath’s C. S. Lewis – A Life: Eccentric Genius, Reluctant Prophet is the latest contribution to the numerous books about Lewis. McGrath provides a biography that attempts both to retell the story of Lewis’s life and to understand “his ideas and how they found expression in his writing” (xiii).

The book is divided into five major sections, arranged chronologically: Prelude, Oxford, Narnia, Cambridge, and Afterlife. Thus, the bulk of the book considers the life-story of C. S. Lewis, and the final chapter reflects upon his contemporary influence.

“Prelude” (chapters one through three, describing Lewis’s life from 1898 through 1918) features Lewis’ childhood in Ireland, his schooling in England after his mother’s death from cancer, and his war service. Though Lewis is not generally understood as an Irish writer, per se, this section suggests how his Irish origins influenced his imagination and later writing.

Next, “Oxford”  (chapters four through ten, 1919 – 1954) describes his relationships both inside and outside of the university, his conversion from atheism to faith, and his rise as a wartime apologist. It details not only Lewis’s academic career at Oxford, but also his difficult relationship with his father, his infamous relationship with Mrs. Moore, and his friendships with J. R. R. Tolkien and Charles Williams. Lewis was not well-accepted within the Oxford scholarly community, partly due to both his Christian faith and his writing for a popular audience. During World War Two, he became a war-time Christian apologist, producing The Problem of Pain and a series of broadcast talks that would eventually be published as Mere Christianity. Chapter six provides a unique chronology for Lewis’s conversion to theism and eventually to Christianity, suggesting Lewis became a theist in 1930 rather than the traditionally assumed (and even remembered by Lewis) date of 1929. McGrath also puts Lewis’ conversion into a broader context of a religious renaissance in English literature during the 1920’s.  Lewis contributions during this time included both his own written work and encouraging the work of others. In particular, McGrath highlights Lewis’s role as a “midwife” for Tolkien’s Lord of the Rings.

Section three, “Narnia” (chapters eleven and twelve) pauses the biographical storytelling and focuses on the inspiration and themes of the seven books that compose the Chronicles of Narnia. McGrath cites Michael Ward’s (2008) Planet Narnia to consider how the seven medieval “planets” of the Sun, Moon, Mercury, Venus, Mars, Jupiter, and Saturn correspond with the themes in the seven Narnian Chronicles. Other sources include Plato’s cave allegory, which McGrath relates to the relationship between the overworld and the underworld in The Silver Chair. During this section’s pause of Lewis’s biographical story, McGrath explains that one of the key themes of the Narnia stories is the importance of choosing to believe the right story. McGrath explains, “Lewis’s Chronicles of Narnia are about finding a master story that makes sense of all other stories – and then embracing that story with delight because of its power to give meaning and value to life” (p. 280).

“Cambridge” (chapters thirteen and fourteen, 1954 – 1963) returns to the biographical story and describes two major developments: Lewis’s move from Oxford and his marriage to an American divorcee. In 1954, Lewis was offered a position as Cambridge University’s first Professor of Medieval and Renaissance English. In his inaugural lecture, Lewis argued, “The Renaissance never happened,” redefining the time period as something made up of values approved by modern writers. Also during these years, Lewis married Joy Davidman, who encouraged him to write ‘Till We Have Faces. Lewis believed it to be his best work. Joy would inspire other written work, including A Grief Observed, written by Lewis as he struggled with the dark emotions and doubts unleashed after Joy’s death.

In “Afterlife,” (chapter fifteen, post-1963) McGrath provides helpful commentary on how Lewis’s influence continued after his death, impressing evangelicals and engaging modern audiences. Lewis became a prominent figure among American evangelicals who were captivated by his ability to engage culture. McGrath connects Lewis’s ability to engage modern culture with a post-modern preference for stories.

So what makes McGrath’s book different than the myriad of other Lewis biographies available? Certainly the basic storyline is the same, although McGrath does challenge the currently accepted date for Lewis’s conversion to theism and later to christianity.

Besides that original contribution, McGrath also uses significant primary and secondary sources, and he his status as a former professor at Oxford University suggests personal insights into Lewis’s own life at Oxford. Among other primary sources, McGrath relies on the now-published Collected Letters of C. S. Lewis, edited by Walter Hooper. Other significant Lewis biographies, such as George Sayer’s Jack: A Life of C. S. Lewis, and Alan Jacobs’s The Narnian: The Life and Imagination of C. S. Lewis lacked this resource. Similarly, McGrath is able to take advantage of other recent and significant secondary sources, such as Planet Narnia. Finally, Christians fascinated with Oxford University will find the combination of Oxford professors McGrath and Lewis hard to resist.

Readers who are interested in both C. S. Lewis and apologetics will also benefit from reading McGrath’s work. Though certainly sympathetic to Lewis, the author provides critical commentary for Lewis’s writing. In particular, he considers Lewis’s famous “trilemma” and how it comes up short, not taking seriously the modern critique that Jesus was simply wrong about his identity.  McGrath also uses William James’s discussion of religious experience in analyzing Lewis’s concept of “Joy.” Another common concern for Christian apologetics is the problem of evil and suffering. McGrath’s retelling of Lewis’s life makes clear that Lewis was no stranger to suffering himself. Additionally, though Lewis wrote about redemption, he deeply understood human fallenness. For example, in the complicated relationship between himself, his father, and Mrs. Moore, McGrath explains how Lewis “despised and deceived his father” (p. 118).

What McGrath does especially well is illustrate Lewis’ interest in the transcendent and how that interest guided his literary thinking. He quotes Lewis’s belief that “all that is not eternal is eternally out of date” (quoted from The Four Loves, p. 166). Lewis engagement with the Great Books shaped both Lewis and the work he produced. McGrath goes on to explain, “We must never forget that one possible outcome of engaging with great literature is not merely to write such works oneself, but to incorporate the wisdom, wit, and elegance of the past into forms that can engage the present” (p. 190).

The primary question for analyzing the success of McGrath’s work is to compare his finished product with his stated purpose of understanding Lewis’s life and the ideas he expressed in his writings. There is certainly a wealth of biographical information here, and it is based on the recent release of significant primary and secondary sources. However, readers may be disappointed if they are looking for a biography that focuses primarily on Lewis’s ideas over the details of his life. McGrath’s ambition to provide a context for Lewis’ ideas was admirable, but sorting out the difference between biographical facts and intellectual biography was difficult. Certainly what McGrath offers readers is interesting, but is all of it necessary to make his point? For example, McGrath provides additional commentary on Lewis’s relationships with Tolkien and Joy Davidman that does not necessarily help readers understand Lewis’ ideas or how he expressed them. Nevertheless, readers who are looking for a substantive discussion of Lewis’s life will want to add this volume to their home library.

C. S. Lewis – A Life demonstrates that even 50 years after his death, Lewis’s ideas and imagination continue to impact the world. For those who wish to know more about Lewis, there are a variety of resources available. The chief questions become what specifically someone wants to know, and how someone wants to know it. For example, C. S. Lewis: Beyond Narnia is an excellent video introduction that features an actor who portrays Lewis retelling his life. What makes this video effective is its extensive use of quotes or paraphrases from Lewis’s own writings. For those who prefer autobiography, Lewis’s own Surprised by Joy provides a sort of spiritual autobiography that was published in 1955. The omissions here will be significant, because it was published before Lewis marriage to Joy Davidman. Joy’s son, Douglas Gresham, has also written Jack’s Life: The Story of C. S. Lewis and Lenten Lands: My Childhood with Joy Davidman and C. S. Lewis.

Of course, part of what makes Lewis so interesting is the group of men he associated with, known as the Inklings. This group included J. R. R. Tolkien and Charles Williams. Humphrey Carpenter’s Inklings provides a helpful analysis of these three men. Christianity Today also has an Essentials series that features e-book introductions to both Lewis and Tolkien. For those who prefer academic analysis, The Mythopoeic Society produces a biannual journal, Mythlore, dedicated to the work of Lewis, Tolkien, and Williams.

One of Lewis’s greatest gifts is his ability to blend imagination and reason. Thankfully, Lewis is among a company of Christian authors with this gift. Those who wish to consider Lewis’s work alongside that of other Christian fantasy writers will want to read Rolland Hein’s Christian Mythmakers (which sadly appears to be out of print).

Dr. Stanley J. Ward is the Director of Campus Life and Ministry at The Brook Hill School in Bullard, TX. He is also the author of Worldview Conversations: How to Share Your Faith and Keep Your Friends.