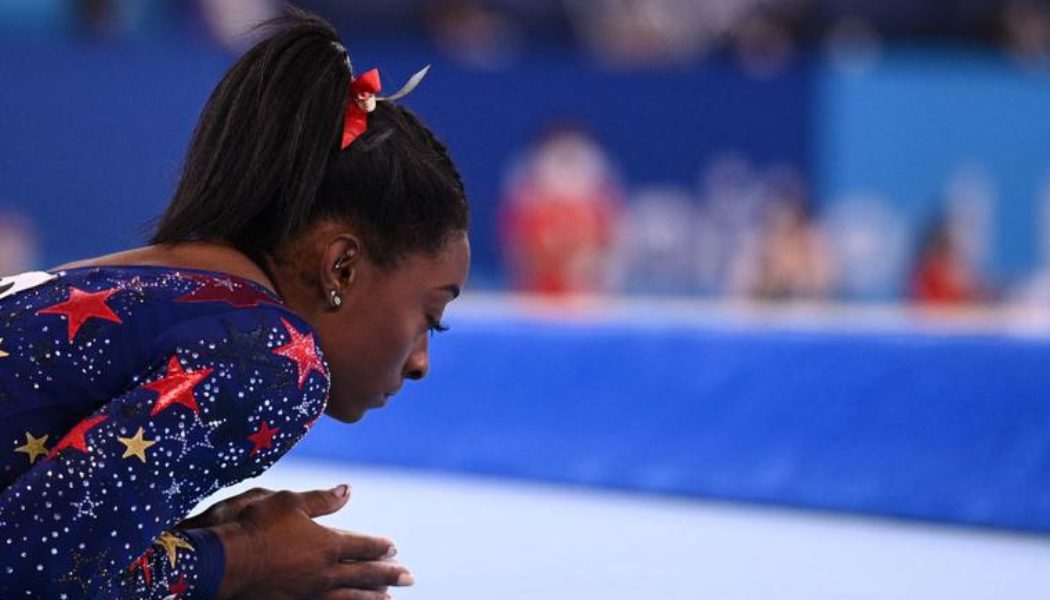 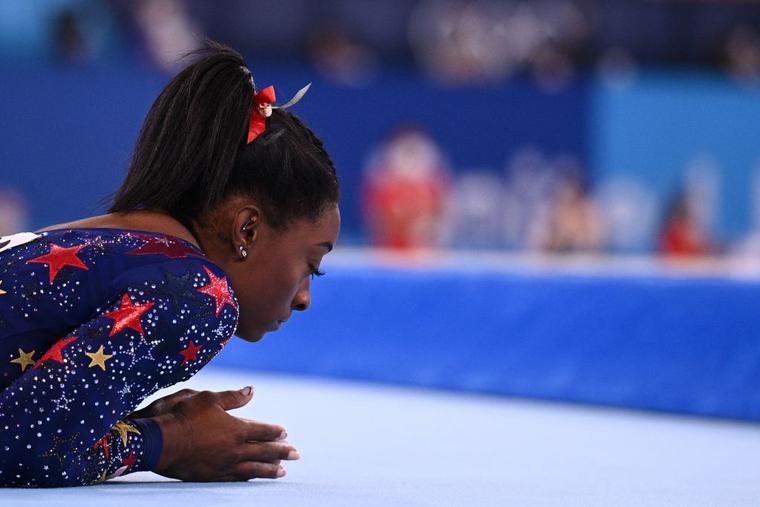 COMMENTARY: The world’s greatest gymnast has shared with us lessons not only of exquisite athletic performance, but of humility, fortitude, prudence and loving care for her fellow teammates and competitors.

Simone Biles’ decision to withdraw from Olympic competition this year has certainly generated a great deal of heated discussion, with some public commentators praising her for her courage and others describing her as a selfish quitter.

From my experience in psychology, I know it is very hard to determine exactly what is going on in another person’s mind and heart while seated across from them, let alone from a distance of several thousand miles. I can’t presume to fully understand Biles’ motivation, but in throwing in my two cents’ worth, I’ll try to keep this advice from St. Thomas Aquinas in mind as to whether we should consider another person’s actions as virtuous or vicious:

“He who interprets doubtful behaviors for the best, may happen to be deceived more often than not; yet it is better to err frequently through thinking well of the wicked man, than to err less frequently through having an evil opinion of a good man, because in the latter an injury is inflicted, but not in the former” (Summa Theologiae, II-II, Q. 60, a. 4).

Based on the limited information I’ve been able to gather on  Biles’ withdrawal from the women’s gymnastics finals at the Tokyo Olympics, I applaud her decision and hope there are lessons in it for all Olympic athletes and for all of us in their wide world of fans.

Biles reported that in the five hours leading up to her under-par vault performance she was unable to obtain her usual mental clarity, to calm down and focus on the demanding tasks at hand. After stumbling on her landing in the balance-beam event, she reported that while up in the air she experienced the sense that she did not know where she was. She said she realized that her head was not in it, that she might get hurt, and that she might spoil her teammates’ chances for medals if she continued on in the competition.

I recall a particular incident in my own athletic past. While in the descent of a barbell squat with 572 pounds on my back, I realized that I was picking out and noticing the faces of people out in the audience. I knew then and there I was not “in the zone” and that I would fail on that lift. I knew I did not have it that day. There are few athletic endeavors less technical and more basic than a barbell squat, but even there, lack of mental focus can produce failure and possible injury.

Mental focus in the midst of a complicated athletic feat is of the utmost importance, especially in the highly technical and specialized world of gymnastics, where the slightest error in body positioning could lead to a damaging fall. Such skills are practiced and honed until they are virtually automatic, but it is possible for mounting mental stress to throw the body and mind back into manual transmission, so to speak, impairing bodily control and proprioception (the awareness of body position), which perhaps Biles was alluding to, in saying that in mid-air after the vault she did not know where she was. Gymnasts even have a word for this disorienting experience, calling it “the twisties.”

So a simple lesson for even world-class athletes is to know yourself, not only your abilities when you are at your best, but also being humble enough to admit it at particular times when you are not at your best. This takes the virtue of humility, which I believe Biles displayed so well. She is often referred to as the “GOAT” (greatest of all time) and, indeed, was called just that by a television commentator as she prepared for the fateful vault that led to her withdrawal.

It appears that this gymnast is indeed the greatest of all time in female gymnastics, with an unmatched record of repeated success. To acknowledge it is to pay her a well-deserved compliment, but the wide acknowledgment of one’s greatness can bring pressures of its own.

Biles came into the Olympics with exceedingly high expectations from fans around the world, but she herself reported the damaging impact of multiple stressors leading up to and during the games. These games were delayed by a year due to COVID, and the athletes had to perform without the benefit of a cheering live audience and the support of family members in attendance. Further, for Biles in particular, she was the lone surviving competing gymnast among hundreds of young gymnasts to be abused by a trainer, and she had reported that part of the reason she had not yet retired was to be sure the scandal was remembered and addressed by USA Gymnastics.

Of course, even our greatest athletes or superior performers in any endeavor are still human beings who can be overcome by personal and generalized stressors at certain times in certain situations. At times like these, it is entirely appropriate to pull back from competition to focus on one’s mental health, as she reported she intends to do. I know nothing of the particulars of her own mental-health situation, but pray (and expect) that she will regain her equilibrium and see sport as “fun” again, a feeling she reported to have lost during these Olympics. And while I’ve seen her mention of “fun” derided as implying selfishness, there should indeed be a sense of pleasure when an athlete displays his or her well-honed powers at their peak, performing citius, altius, fortius (faster, higher, stronger), as we see in the Olympic motto. A lack of “fun” may indeed serve as a warning that something is seriously wrong.

I believe Biles’ story gives the lie to the old aphorism, “Winning isn’t everything. It’s the only thing.” Mental health and moral virtue are more important: win, lose, draw — or withdraw.

I’ve been happy to see some commentaries praising  Biles for her courage, and I must heartily agree. St. Thomas Aquinas told us that the virtue of courage or fortitude (from the Latin fortis for “strength”) enables us to conquer or to endure arduous, difficult obstacles to the good. Biles has masterfully overcome countless obstacles on the gymnastics floor and in her personal life for many years now, and I see her decision to withdraw as yet another act of fortitude.

Biles realized that while she may well indeed be “the greatest of all time” in gymnastic endeavors, she was not at her best at this time. I believe this was also an act of the virtue of prudence or practical wisdom, whereby we consider all the relevant factors that determine whether or not a particular course of action is wise at a particular time.

Of course, as Catholics, when we face any kind of difficulties, we can draw on an infinite strength and an unlimited wisdom. Biles, a practicing Catholic, has written about the importance of faith in her life, about praying the Rosary and the Hail Mary and how she lights a candle to St. Sebastian, patron saint of athletes, prior to competitions. May she realize that, as our sister in Christ, our prayers join with hers.

I believe Biles has shared with us lessons not only of exquisite athletic performance, but of humility, fortitude, prudence and loving care for her fellow teammates and competitors. Pope Pius XII once said, “The Church, without any doubt whatever, approves of physical culture, if it be in proper proportion.” Thank you, Simone Biles, for helping us keep the value of athletics, virtue and mental health “in proper proportion.”