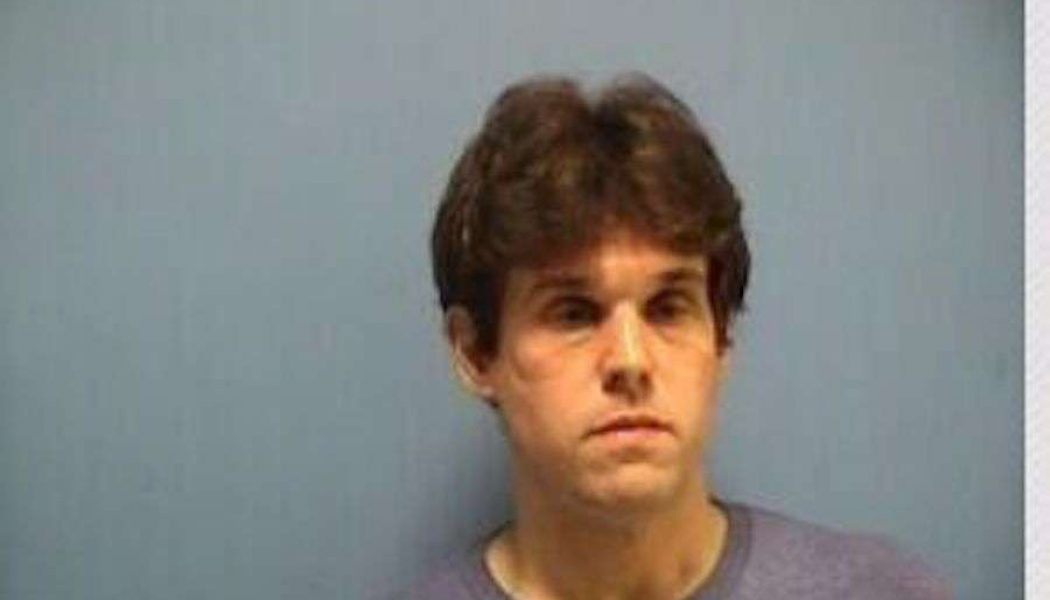 Archbishop Gregory Aymond on Saturday consecrated a new altar at the Louisiana parish where a priest reportedly filmed a pornographic video atop the parish altar with two women last month. Details have emerged about the priest, who is expected to face criminal and canonical charges after the episode.

Those who know the priest say he kept to himself, while a seminary professor said Clark was a poor student who made little effort, which should have been a red flag.

“The desecration of this church and altar is demonic, demonic,” Aymond said at Sts Peter and Paul Church in Pearl River, Louisiana Oct. 10, during a Mass at which he also reconsecrated the parish church.

“Let me be clear, there is no excuse for what took place here. It is sinful, and it is totally unacceptable. Travis has been unfaithful to his vocation; he’s violated his commitment to celibacy; and also, he was using that which was holy to do demonic things,” Aymond said, according to the Clarion Herald.

The altar upon which Clark and two women engaged in filmed sexual congress was destroyed – burned – at Aymond’s order, which came as soon he learned on Oct. 8 the details of Clark’s activity in the parish Church, a spokesperson told CNA.

Clark and two women were arrested Sept. 30 and charged with obscenity after a neighbor observed through a window that they were filming sexual relations atop the altar, which was illuminated by stage lights. The priest was removed from ministry by the archbishop on Oct. 1.

One of the women with whom Clark made the pornographic film refers to herself as a “Satanatrix,” and the “proprietress of the Church of Satanatrix,” who posted on social media Sept. 29 that she would be traveling with another woman to “defile a house of God.”

The women’s attorney said in a statement this week that it is “appalling” that his clients are “being vilified” and facing charges for conduct he said was not illegal, because the church in which the filming took place was on private property. But police said the church’s altar was visible from the street, apparently through the glass doors of the parish entrance.

Aymond celebrated Mass at the parish Oct. 3, last weekend, after Clark was arrested. The archbishop celebrated Mass on the desecrated altar, an archdiocesan spokesperson told CNA, “because we were not aware of what had happened in the church.”

“As soon as the archbishop learned of the details, arrangements were made for the altar to be removed and a new one consecrated and the church reconsecrated,” the spokesperson added.

The archdiocese said that “there was no desecrating of the Blessed Sacrament,” during the sexual episode, and that “we are not aware of any other sacred vessels being desecrated at this time.”

Clark was ordained a priest in 2013 and became pastor of St. Peter and Paul last year. The archdiocese told CNA that the priest had “never before been the subject of any sexual misconduct claims.”

When he was ordained a deacon in 2012, Clark told the Clarion Herald that among his role models was Fr. Patrick Wattigny, a high school chaplain who admitted this month that in 2013 he sexually abused a minor, and who is accused of sending “grooming” text messages to a high school student earlier this year.

Priests in the Archdiocese of New Orleans told CNA that Clark is a quiet guy with a reputation among the presbyterate for keeping to himself. Priests in the archdiocese said that Clark’s nickname in the seminary was Lurch, in reference to the gloomy, shambling butler on television’s The Addams Family.

Some priests said that Clark is regarded as kind, attentive to the Serra Club and other projects, but was known by some to have a compulsive video game habit, sometimes staying up all night to play games.

Priests also told CNA that they are praying for Clark and his parish. Some speculated that the priest might have gotten involved with the women through a pornography addiction, and failed to appreciate the escalating circumstances or ask for help until it was too late, especially regarding the demonic aspect of the pornographic performance he filmed.

Still, one priest said that while many in the presbyterate are surprised by Clark’s action, the priest has no excuse for his choices.

Chistopher Baglow, a theologian who taught Clark in seminary, told CNA that he believes Clark’s misdeeds point to a problem with seminary evaluation.

In the seminary, nothing about Clark’s behavior suggested that the priest would later do the things he is accused of, Baglow said. But he did recall concerns about the seminarian.

The theologian remembered Clark for being a student who didn’t participate in class, was negligent of assignments and seemed often “to be flying under the radar.”

“It was clear he wasn’t trying, and some made it known,” Baglow said. “It was often countered that pastoral gifts and holiness do not require great theological genius, and the concern was expressed by some colleagues that we should avoid focusing too much on academics.”

But Baglow said his concern about Clark, or other students who gave evidence of not trying, was not about academics, but about character.

Baglow said he does not expect academic excellence from all students. But he does believe seminaries should expect effort, and evidence of virtue in students and seminary life.

“Tolerating mediocrity in a man allows tolerance for other kinds of unacceptable things.”

“Mediocrity can be a cover for other problems — sometimes very serious problems,” Baglow said.

Condoning “mediocrity” in the evaluation of seminarians, the theologian said, lowers the Church’s standards in the caliber of men who become priests. The Church should accept men for priesthood who want to be excellent academically, spiritually, pastorally, and morally, Baglow told CNA.

The theologian told CNA that in his view “the system isn’t broken, it’s just missing a part.”

He urged that seminaries develop committees of “well-formed knowledgeable Catholic lay people who are part of vocation evaluation and discernment.”

Such committees would give recommendations about the suitability of candidates for orders independent of seminary staff or faculty, Baglow said, giving bishops the benefit of perspective and judgment outside the clerical and ecclesiastical milieu.

CNA asked the Archdiocese of New Orleans what canonical penalties Clark could face, and whether he will face the prospect of penal or administrative laicization.

“It is Archbishop Aymond’s intention that Travis Clark never again practice priestly ministry. He is in conversations with canon lawyers about the appropriate actions to take moving forward,” the archdiocesan spokesperson said.