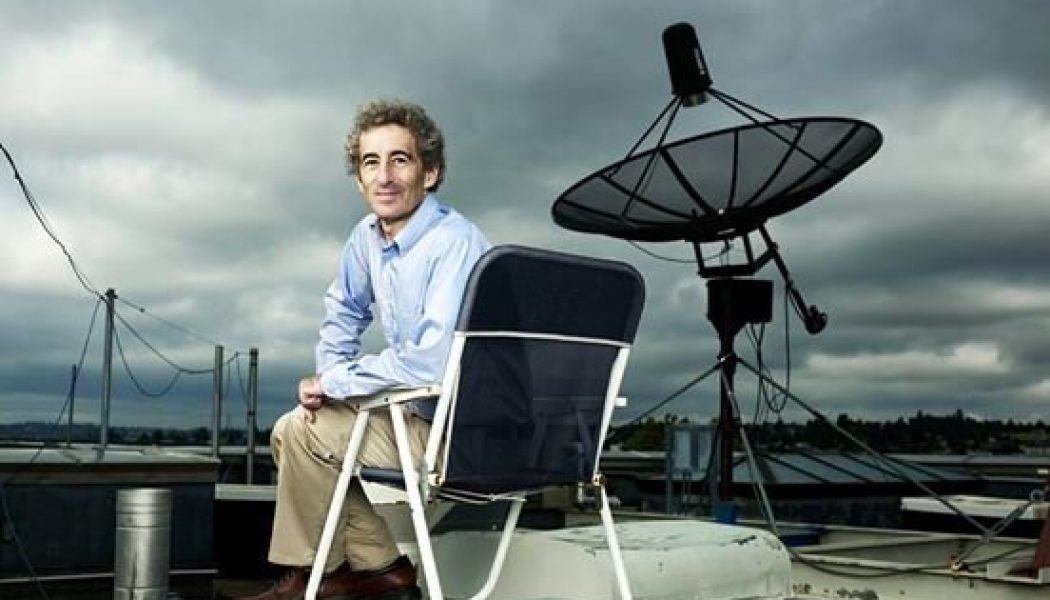 When it comes to freedom of speech, journalists are in a tough place these days.

Yes, you are free to vent your views on social media, but should you? Those of us who covered regular beats in the past were told to not air our private views about some of the major players on our Facebook and Twitter feeds.

We were even coached to not place so much as a bumpersticker on our car that advertised our leanings — on anything –- one way or another. For instance, if a reporter covering a crisis pregnancy clinic pulled up to the interview with a Planned Parenthood sticker on her rear bumper, the CPC folks would have every right to conclude they would not get professional, objective treatment.

But if the reporter was a columnist, all bets were off, as he or she was being paid to be opinionated. Which is why the latest weird outrage — a National Public Radio member station firing a Seattle-area meteorologist because he likened the city’s recent riots to an anti-Semitic mob in 1938 Germany — makes no sense.

From the Seattle Times:

KNKX Public Radio announced … it was axing its long-running weather segment with meteorologist Cliff Mass after the University of Washington professor wrote a post on his own blog comparing some Seattle protesters to the early Nazi militia known as the Brownshirts.

Mass wrote that “Seattle has had it(s) Kristallnacht and the photos of what occurred during the past weeks are eerily similar to those of 80 years ago.”

Kristallnacht was a pogrom carried out by the Nazis in 1938 that is widely seen as a precursor to the Holocaust, a turning point in Germany when social, political and economic persecution of Jewish people turned physical.

“We abhor the comparison and find it sensationalized and misleading — it does not reflect who we are and what we stand for at KNKX,” the radio station wrote on its website.

Aren’t college professors supposed to have opinions? Note that this was on the meteorologist’s own personal blog.

Mass, a professor of atmospheric sciences at the UW, said Friday morning that he was “stunned by the reaction. It exploded in a way I was stunned by.”

He said Friday morning, and wrote in a comment on his blog post Thursday night, that he wasn’t referring broadly to all protesters, just referring to people who destroyed property. “I compared those DOING VIOLENCE to Brownshirts,” he wrote in an email to The Seattle Times.

Mass, who is Jewish, said he wrote his blog post after being “deeply moved when I took a walk around the city.” He said the shattered windows and empty, boarded-up businesses he saw reminded him of the infamous November night when Nazi paramilitary officers and rioters destroyed hundreds of synagogues and broke windows and looted more than 7,000 Jewish-owned businesses.

I looked around for some explanation for this idiocy.

Thepostmillennial.com supplied a few more details about local reactions from people who, in the past, would ordinarily have supported free speech:

Reaction came swiftly from the left on social media accusing Mass of anti-Semitism and exaggerating what was going on in riots in Seattle. This is what led to KNKX issuing a public statement and removing Mass and his weather report from the air.

They wrote: “At KNKX, we value high-quality, factual information in our news programming and we aim to present an array of voices that reflect our region.

“We turn to our regular commentators for their expertise and points-of-view when it comes to sports, food and the weather. But if a commentator, even on his own independent platform, delivers rhetoric that is offensive and inaccurate, we cannot support it.

But the Mass reference to broken glass everywhere and a city that is in tatters was accurate. What glass tower are these folks living in these days?

Also, there is evidence that some Jews in the area have been attacked.

However, many in Seattle’s Jewish community have become increasingly concerned about the safety in the city and around the country. During the riots in reaction to the death of George Floyd, Jewish businesses were targeted and destroyed. In New York, Jews have consistently been targeted for attacks by other minority groups.

Two weeks ago in Seattle, a local Jewish owned business was targeted and rioters attempted to burn down the store. Local anti-Semites with ties to Democrat leadership have been arrested and released after assaulting Jews downtown.

Anti-Semitic graffiti has appeared alongside Black Lives Matter graffiti around the city and inside the Capitol Hill Occupied Protest (CHOP).

CHOP occupiers and BLM allied with local anti-Israel groups to stage an anti-Israel rally in the final days of the CHOP. Anti-Semitic candidates for local office have even been endorsed and hired by local socialist and democrat groups.

Compared with cities on the Eastern seaboard, Seattle doesn’t have an enormous Jewish population. A 2014 Greater Seattle Jewish Community study noted 63,400 Jewish adults and children in town, a 70% jump from the Jewish population at the turn of the century. All those tech jobs at Microsoft, Amazon and Starbucks are bringing folks in from other parts of the country.

One interesting point in the study was that one-third of those polled reported “anti-Semitic experiences” in the past year. One out of three. That’s a lot.

Interestingly, I had two Orthodox Jewish friends here back in 2014 when I moved to Alaska, then the Seattle area. Both have since decamped for the East Coast to places like Baltimore, where there are more options in terms of worship and private schools.

The Tacoma News-Tribune had even more details, such as rumors (that Mass denied) of him being a climate change denier (which is forbidden thought these days) and how local environmental activists have been gunning for him for months.

But what brought him down was an metaphor — comparing specific events in 2020 Seattle to 1938 Germany. At the end, the News-Tribune said it was a religion question.

Mass maintains it’s his right to speak on whatever subject he wants to on his personal blog.

“If you see something that’s profoundly wrong, you should act,” he said. “I mean, it obviously would be easier for me to be Mr. Happy Weatherman.”…

Mass, who is Jewish, said his background informs his take on society.

“All these terrible things we’re done to my people … and German people stayed silent,” Mass said. “People were afraid to say anything. And no one would intervene.”

Since Mass was a local commentator for a local outlet, he would not have been subject to NPR ethics requirements –- whatever they may be –- for its full-time employees. I’d like to know what rule this man broke and why such a powerful member of the MSM cannot put up with a lowly Seattle weatherman who’s stating his opinion on an off-hours blog.

Seattle is a mess right now. Read this New York Times piece about what it was like for residents of Capitol Hill Organized Protest, the occupied-by-protestors area also known as CHOP. It’s very well done and mentions broken glass street lamps, store windows and more, and how the violent white antifa militias took over what was originally a Black Lives Matter protest site.

What this incident does is serve notice to journalists with unpopular opinions that they’d better keep them to themselves, or else a social media mob somewhere is going after their employer until said employer caves in and fires the offending journalist. Back in the day when I was reporting for the Washington Times, I knew my employer had my back.

Those days are no more.

Plus, the viewpoint discrimination is always from the Left as the cancel culture momentum never seems to work the other way around. Look at what happened to another Jewish conservative: Bari Weiss, an opinion writer for the New York Times who said she was drummed out of the paper last month because of “bullying by colleagues.”

Today, the topics such people can’t dissent about include climate change and social justice movements. In former times, it’s been abortion. Thirty years ago this year, I lost my job at the Houston Chronicle due to my concerns about how the newsroom was handling coverage of this issue. I wasn’t the only journalist nationwide who got sacked over disputes about abortion coverage.

Those of us who lost our jobs back then tended to be Christian. Today’s targets are conservative Jews. After the conservative Christians and Jews are expelled or forced out from top newsrooms, whom will the major media turn on next? The supply of victims grows smaller.

Mass put out a blog post giving his side of the story and noting that many local Jewish leaders support his argument that 2020 Seattle has frightening parallels to 1938 Germany. An excerpt:

Jewish Americans have a deep memory of what has happened during the past centuries.  When thuggish violent groups target those they don’t agree with, with the government not intervening to stop the violence, vulnerable groups (like the Jewish community) tend to get hurt.  We feel highly vulnerable.  Jewish Americans understand the value of American democracy, which protects and celebrates different viewpoints and traditions.  The antifa “brownshirts” are the antithesis of democratic values and respect for differing viewpoints. That is a critical point.

Chances are, many of the millennials who went after Mass barely knew what Kristallnacht was in that World War II history isn’t a big topic at secondary schools these days. They just smelled blood. What is appalling is that NPR doesn’t know the difference between legitimate speech and hate speech. Or maybe hate speech is whatever social justice workers disagree with at the moment.

One other thing that came from Kristallnacht; a lot of German Jews woke up, smelled the flowers and realized this thing was much bigger than them and fled the country while they still could.

Where is Mass — and others like him — going to flee to now? And what is elite journalism — which is increasingly shedding conservative voices from multiple religious views — going to look like as a one-party system? The trends are all going in the wrong direction as the streets of Seattle continue to fill up with broken glass.

Expert hosting reviews and advice. Works seamlessly for sales pages, squeeze pages, videos, and much more. How to create real estate business cards that engages prospects and sells your service or product.