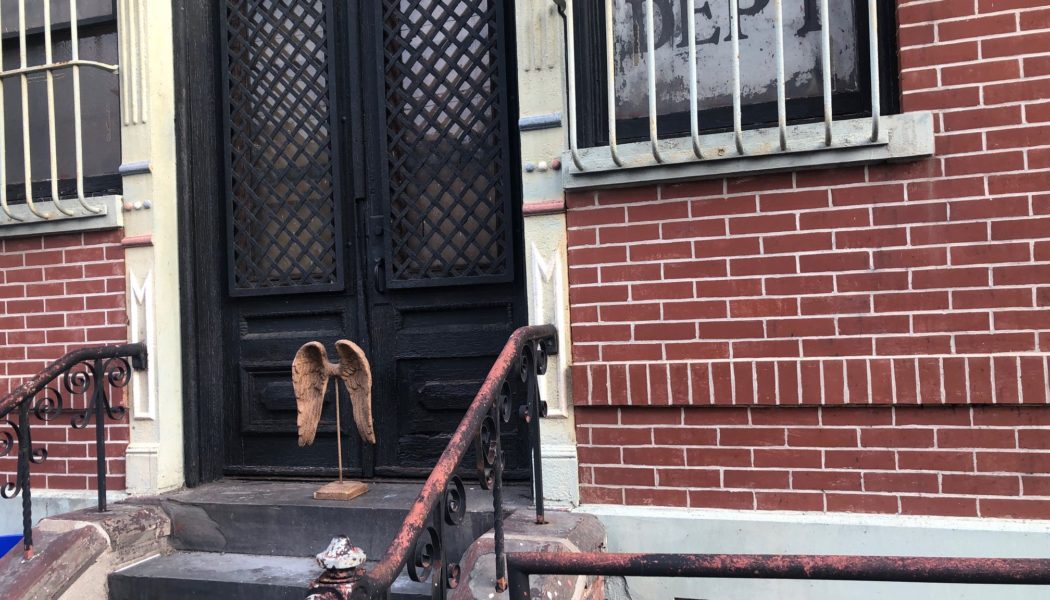 HOBOKEN, NJ — “Homeless man who looked like Jesus has died,” reads an unusual obituary on the website of Hoboken’s Failla-McKnight Funeral Home — but the wording may not strike Hoboken residents as unusual.

For decades, Robert “Bobby” Helmeck could be seen strolling the streets or quietly resting on stoops around the mile-square city, easy to spot with his tall stature, long beard, and long coat.

Over time his appearance earned him the nicknames “Hoboken Jesus,” “G.I. Jesus,” and variations on the theme.

Hundreds of people all over Hoboken encountered Bobby as he wandered our streets and lived the majority of his life outside,” reads the obituary. “You couldn’t miss him. His resemblance to Jesus was striking. And so were the thousands of acts of kindnesses people did for him throughout
the four decades he was homeless here in Hoboken.”

Someone placed a pair of angel wings on one of his favorite stoops.

A service will be held this Thursday at Our Lady of Grace Church, followed by burial.

Beneath his obituary on the funeral home page, one commenter wrote, “You now have a home. May you rest in peace.”

“Hoboken will truly miss your presence,” wrote another.

“One last act of kindness is being done by the Catholic Church’s Rite of Burial, enabling a short viewing in the church followed by a funeral mass to be held at Our Lady of Grace, Hoboken,” says the obit. “Arrangements facilitated by Failla Memorial Home. So those that remember his quiet simple presence and responded to his need are invited to stop by and reflect on the meaning of his life in ours.”