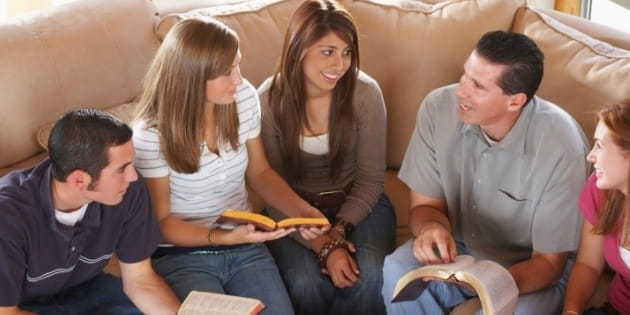 NPR featured a surprising story for last week’s Weekend Edition Sunday about a pastor who has same-sex attraction but married a woman. Rachel Martin of NPR interviewed Allan Edwards and his wife Leeanne, who are expecting their first baby in July. Allan pastors Kiski Valley Presbyterian Church in Pennsylvania, a congregation in the conservative Presbyterian Church in Americadenomination.

Allan explained how he wrestled with attraction to men in high school, but he waited until college before he opened up about it. Although he expected his friends at his small Christian liberal arts college to ostracize him, he experienced quite the opposite: “I actually was received with a lot of love, grace, charity: some confusion, but openness to dialogue.”

When Rachel asked why he didn’t just join a Christian denomination that welcomes same-sex relationships, he explained that he really considered it. But his interpretation of the Bible compelled him to do otherwise. “The center of Christianity is the Bible,”he proclaimed, and starting from this premise he studied whether the Scriptures permitted homosexuality.  He concluded that he could not simultaneously follow the Bible and his same-sex attraction, “I studied different methods of reading the Scripture and it all came down to this: Jesus accepts the rest of the Scripture as divine from God. So if Jesus is who he says he is, then we kind of have to believe what he believes.”

Rachel then probed into their marriage, asking how they met and how they make their marriage work in light of Allan’s same-sex attraction. Leeanne responded that despite initial concern, she considers their marriage healthy. She elaborated, “There’s always going to be situations where a partner is sexually attracted to someone else and isn’t necessarily dealing with sexual attraction with their partner.”Everyone, regardless of sexual orientation, has to learn self-control and work to maintain vibrant, exclusive sexual attraction for his or her spouse. When Rachel awkwardly asked the couple if they even had a “sexual element”to their relationship, they laughed and responded with an emphatic yes. Allan replied that any relationship has its difficulties to overcome, “Everybody has this experience of wanting something else or beyond what they have.”The key for success in their relationship lay in their commitment to work through their struggles with openness and love.

The driving factor for Allan in coming to grips with his struggle was to define his identity in Christ and not in his same-sex attraction. “I don’t personally find it helpful to use my experience of sexual attraction to define myself as a person,”he said. “I’m Leeanne’s husband. I’m a follower of Jesus Christ. Those things are more important to me than same-sex attraction.”He decided early on to avoid the “identity language”when thinking through his attraction to men. “There are friends of mine who identify as gay Christians, and they believe that for them, a life of celibacy is necessary,”Allan said, “I think I made conscious choices along the way to say this is something I experience but this isn’t the thing that defines who I am personally.”

Allan provides a noteworthy example not only to believers wrestling with same-sex attraction but to any Christian who has desires that conflict with Scripture: and that’s all of us! First, he opened up about it with other believers who could provide encouragement and grace. Second, he resolved to follow God’s Word even if it clashed with his desires. And third, he determined to define himself not by his desires but by how God defines him: a redeemed disciple of Christ.

Ryan Hoselton is married to Jaclyn and they have one daughter. He’s currently pursuing doctoral studies at Universität Heidelberg in Germany. You can follow Ryan on Twitter @ryanhoselton