When Chuck Colson started “BreakPoint” back in the early 1990s, he wanted to inspire Christians to wrestle with the vital cultural issues of the day. He believed—and we do, too—that ideas have consequences, and that out of love for God and our neighbors, Christians are called to be fully engaged in the culture.

And while we will never sugar coat an issue, we also never want to become a chicken little. We never want to give the impression that somehow cultural decline implies that God is not sovereign over all things, or that Jesus’ resurrection and His promise to restore all things are of no account.

We feel that tension all the time, and we know how hard it is to walk that line between gospel realism and cultural despair.

I asked Ed to give us his view on the “state of evangelicalism,” because he is careful with stats and he’s clear on the challenges facing the church. He doesn’t sugar coat, nor is he quick to alarm.

That’s because, as Ed told me on the program, alarmism is a real danger. “The worse the news is, the faster it travels,” he said, and bad news “supports a narrative that Christianity is collapsing . . . though no serious researcher . . . in the United States thinks that Christianity is dying.”

Two cases in point: First: The oft-quoted stat that 86 percent of young evangelicals will leave the church after high school never to return. “Never” is “not a statistical possibility,” Ed says—in fact, he claims the latest research shows that evangelicals are doing much better at “retaining the next generation.” Or take the claim that Christians divorce at the same rates as non-Christians. It’s not true! Research shows that people who actually go to church regularly are simply less likely to divorce.

Nonetheless, alarmism sells books and sells out conferences. At least one reason our Christian magazines and twitter feeds are so full of bad news is that it’s good for business. And so when we hear those rumors of the demise of the Church, it’s often closely followed by the book or seminar that will fix everything.

Ironically, evangelical alarmism comes from two opposite sources. In some conservative circles, folks believe that apostasy and compromise have overtaken the Church, so there’s no good news anywhere. While they often identify some important blind spots we have in the Church, they can also overlook all the good and redemptive things in the Church and in the world.

And on the opposite side of the spectrum, certain (and oftentimes younger) evangelicals grouse and wring their hands over what they perceive to be evangelicalism’s antiquated views about authority, sexuality, Scripture, preaching, evangelism, or social engagement. Their faith looks far more like mainline liberal Protestantism than it does evangelicalism.

And although many in this circle hold views clearly outside of the tenets of evangelicalism, they still identify as evangelical. Why? Well, one can only wear the mantle of “reformer” from within, and there’s a market for the “evangelicalism must change or die” message that this crowd often sells.

So what is the state of evangelicalism in the U.S.? As Stetzer points out, mainline Protestantism is in a state of statistical collapse, but evangelicalism isn’t. Now don’t get me wrong… we have our problems—serious ones, and we’ll continue to address them every day here on BreakPoint. “But,” as Stetzer told me, “this whole ‘sky is falling, chicken little syndrome’ causes us to make bad decisions. . . There are people who are saying, ‘look, evangelicalism is dying, so you should change your views.’”

And that, my friends, is where alarmism can lead us—away from faith in God and His providence. So as we move into the new year, let’s be clear-eyed about the problems we face. And above all else, let’s remember God is still God.

BreakPoint is a Christian worldview ministry that seeks to build and resource a movement of Christians committed to living and defending Christian worldview in all areas of life. Begun by Chuck Colson in 1991 as a daily radio broadcast, BreakPoint provides a Christian perspective on today’s news and trends via radio, interactive media, and print. Today BreakPoint commentaries, co-hosted by Eric Metaxas and John Stonestreet, air daily on more than 1,200 outlets with an estimated weekly listening audience of eight million people. Feel free to contact us at BreakPoint.org where you can read and search answers to common questions.

John Stonestreet, the host of The Point, a daily national radio program, provides thought-provoking commentaries on current events and life issues from a biblical worldview. John holds degrees from Trinity Evangelical Divinity School (IL) and Bryan College (TN), and is the co-author of Making Sense of Your World: A Biblical Worldview. 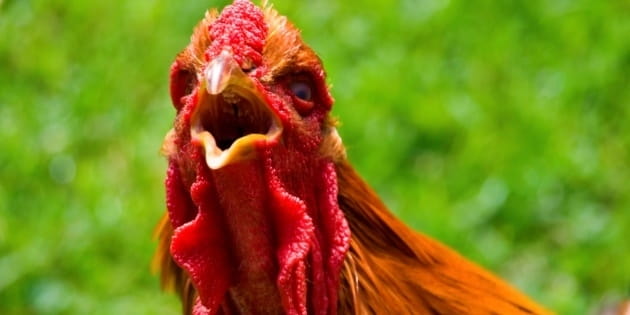