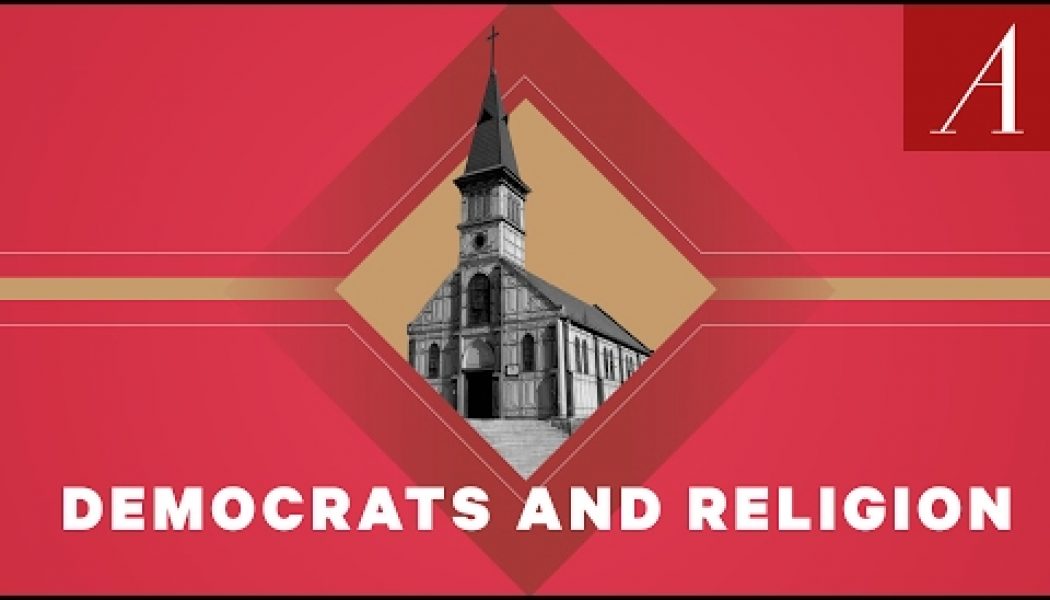 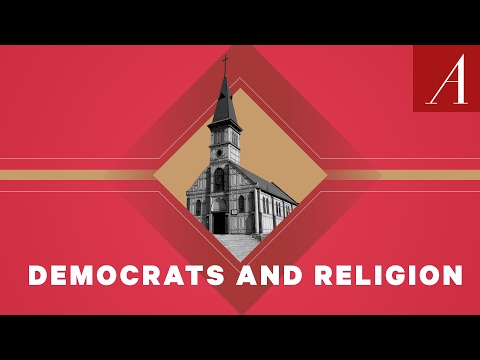 Every now and then, readers — or people I meet in daily life — ask this question: Why do journalists write so much about the Religious Right (capital letters), while devoting way less digital ink to the actions, policies and beliefs of the religious left (no capital letters).

That is a complex question and you can hear me struggling with it all the way through this week’s “Crossroads” podcast (click here to tune that in). The hook for this episode was my post that ran with this headline: “Thinking with David Briggs and Ryan Burge: Whoa, is religious left really on rise (again)?”

For starters, people tend to ask this question every four or eight years (hint, hint), when the mainstream press does another round of stories about the religious left surging into action in an attempt to counterbalance the nasty Religious Right.

The Religious Right, you see, exists all the time — because it is one of the largest camps inside the modern Republican Party. The religious left doesn’t play the same role in the Democratic Party, unless we are talking about the importance of politically (as opposed to doctrinally) liberal black-church leaders in strategic primary elections. You can ask Joe Biden about that this time around.

I guess the simple answer to the “RR” vs. “rl” question is that journalists tend to capitalize the names of groups that they see as major political or social movements — like the Civil Rights movement or the Sexual Revolution.

The religious left, you see, isn’t a “movement” that exists all the time — in my experience — for many mainstream journalists. The religious left is just ordinary, good, liberal religious people doing things that are positive and logical in the eyes of gatekeepers in newsrooms. This is “good” religion.

The Religious Right, on the other hand, is a powerful political movement consisting of strange, scary evangelicals who keep coming out of the rural backwoods to threaten normal life in American cities. This is “bad,” even dangerous, religion.

Now, there is another big irony linked to press coverage of progressive forms of faith.

Back during my Denver Seminary teaching days (early 1990s), a pastor asked me an interesting question. A local newspaper had written a story about divorce recovery groups. It focused on all kinds of innovative small groups in the Denver area. Some were secular, some were religious or kind-of religious (think variations on New Age thought). All of the groups were, to one degree or another, on the cultural left.

The pastor wanted to know why the story didn’t include divorce recovery groups linked to the Roman Catholic Archdiocese of Denver. That was the largest network in the state, addressing issues linked to divorce. Or how about that giant evangelical megachurch that frequently had divorce recovery programs involving a 100 or more people? Why wasn’t that church mentioned?

Why were those small groups “news,” while the massive groups were not?

Well, the small groups were doing good things and truly helping people. That was “news.”

What about the big small-o orthodox groups? The journalists involved in the story probably didn’t know anyone in those groups and, besides, doctrinally conservative groups were opposed to divorce. Those groups were probably hurting people. Right?

This leads me to a related question that I have heard for decades. It’s linked to news coverage of the “Seven Sisters” of liberal Protestantism, but I usually hear it stated this way: “Why do journalists cover the Episcopal Church so much?”

One reason is that many newsrooms — in my experience — contain a few strategic Episcopalians or liberal (or former) Catholics whose beliefs align perfectly with the ever-evolving Episcopal Church. I wrote an article about that in 1994, while I was — of course — still an Episcopalian. Part of the headline stated: “Sex, Politics, Vestments, Urban Addresses — We’ve Got It All! “

Suffice it to say that America’s media life continues to be dominated by decisions made in institutions in New York City, Washington, D.C., and the major cities of the urban East Coast.

Where is the symbolic heart of the Episcopal Church? If you find a major news headquarters, the odds are very good that you will find an Episcopal cathedral or an historic parish – a wonderful place for taking photos, by the way – just around the corner.

The photography issue is surprisingly important. Have you ever tried to take a colorful photo (or video) of a bunch of Southern Baptists, in their gray suits (clergy) and basic suburban casual dress (lay people)?

But if you head over to the local mainline church, the crowd will be smaller — but the clergy will almost certainly we wearing all kinds of colorful vestments, perhaps even with trendy symbolism. And this will be in a beautiful sanctuary that photographs well.

Who can forget this liturgical look by a recent presiding bishop of the Episcopal Church? What progressive journalist wouldn’t want to take photos of a feminist who is dressed like a Catholic bishop, only with the color scheme of an LGBTQ-rights rally? This is new. This is fresh. This is positive!

All that, and their religious beliefs mesh with progressive politics. They are on the correct side of history. Thus, my final thesis, stated a quarter of a century ago:

I believe the Episcopal Church draws more than its share of media attention because its leaders wear religious garb, work in conveniently located buildings, speak fluent politics and promote a mystical brand of moral liberalism. Episcopalians look like Roman Catholics and act like liberal politicians.

Clearly, this is a flock that will continue to merit the attention of America’s media elite. The Episcopal Church’s buildings will photograph well, even if the only people in them are behind the altars.

But that’s religion news, unless those leaders — every four or eight years — are pulled into a political campaign.

Then there is the issue of trends in the pews. This also affects coverage of the religious left.

I put together a really simple linear model to project what American religion will look like in the next decade.

The results indicate that the \"nones\" will unequivocally be the largest group in America in 2029, and that’s largely a result of more mainline decline (10.8%-&gt;4.4%). https://t.co/NF6PbrEAMR

I put together a really simple linear model to project what American religion will look like in the next decade.

The results indicate that the “nones” will unequivocally be the largest group in America in 2029, and that’s largely a result of more mainline decline (10.8%->4.4%). https://t.co/NF6PbrEAMR

The headline is a great summary of this discussion: “The Religious Left is Small But Loud.”

This piece contains all kinds of interesting information. For example:

Let’s get right to it. The religious left is the most active group in American politics. The figure below shows the average number of political activities (campaigning, putting up signs and stickers, protesting, donating to a party or candidate, contacting public officials, and attending local meetings) in 2018 separated by church attendance and ideology. In each ideological category, more church involvement boosts political activity, reflecting long established findings in the literature (paper pdf). And very liberal citizens are quite a bit more active than any other ideological group (by at least .5 activities). The average score of those who identify as very liberal who attend weekly is close to 2 activities, which is a common definition of a political activist used by political scientists.

In the end, however, it’s impossible to escape an overarching statistical trend in American life.

Also this: There are way more secular liberal people than there are secular conservative people.

Back to Burge and Djupe on the religious left:

… It still makes up a very small part of the American population. It’s fair to say that just one in twenty Americans could be classified as highly religiously involved and politically liberal — our definition of religious left. But, their voices are louder than their numbers as a function of how active they are in politics. …