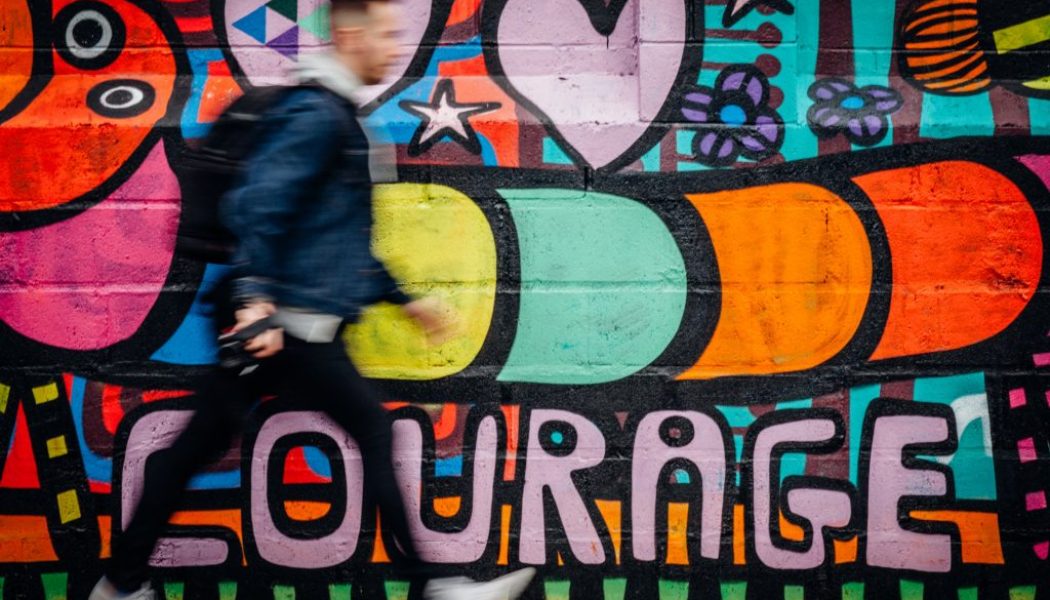 Peter huddled with the other disciples behind the door bolted hard against their fear, all of them wondering whether the religious leaders who had crucified Jesus might soon be coming for them. But instead of the terror and despair that had filled him for the last two days, he felt a growing sense of calm in the midst of a new excitement.

He had been to the tomb that morning and had seen the strips of linen lying on the ground. He had encountered the risen Lord. Now men had just come from Emmaus claiming they too had met the Lord.

Suddenly, Jesus appeared, a smile lighting his face as though he had just returned from a short trip. “Peace be with you,” he said (John 20:19). Then he held out his hands, inviting Peter and the other disciples to examine his wounds. Finally he asked for food. Watching him eat filled Peter with wonder.

By now Peter was beginning to get the message. He remembered what Jesus had said to the crowd: “Blessed are the peacemakers, for they will be called children of God” (Matthew 5:9). Jesus was telling him to get going, to spread the good news, to tell everyone about the peace God offers.

After the resurrection Peter was transformed. No longer cowering in fear, he proclaimed the message of the gospel fearlessly. Like Peter, we are to receive the peace God promises with joy, and then we’re to go out and share it.

Fortunately, Jesus has given us a helper to guide and enable us, saying: “I will ask the Father, and he will give you another advocate to help you and be with you forever–the Spirit of truth. The world cannot accept him, because it neither sees him nor knows him. But you know him, for he lives with you and will be in you” (John 14:16-17). When Jesus appeared to Peter and his disciples in that startling visitation after his resurrection, he breathed on them, saying, “Receive the Holy Spirit” (John 20:22).

If God the Father is our source of peace, and God the Son provides access to that peace through his sacrifice on the cross, God the Holy Spirit is the one who enacts, enables, and empowers our peace. If we want to experience the peace God promises in ever deeper measure, we need to be vitally connected to the Holy Spirit–to God’s presence on earth.

This 360-degree rotating bumper car is the perfect method to entice kids to put down their devices and play outside. Disclaimer. Equipment.