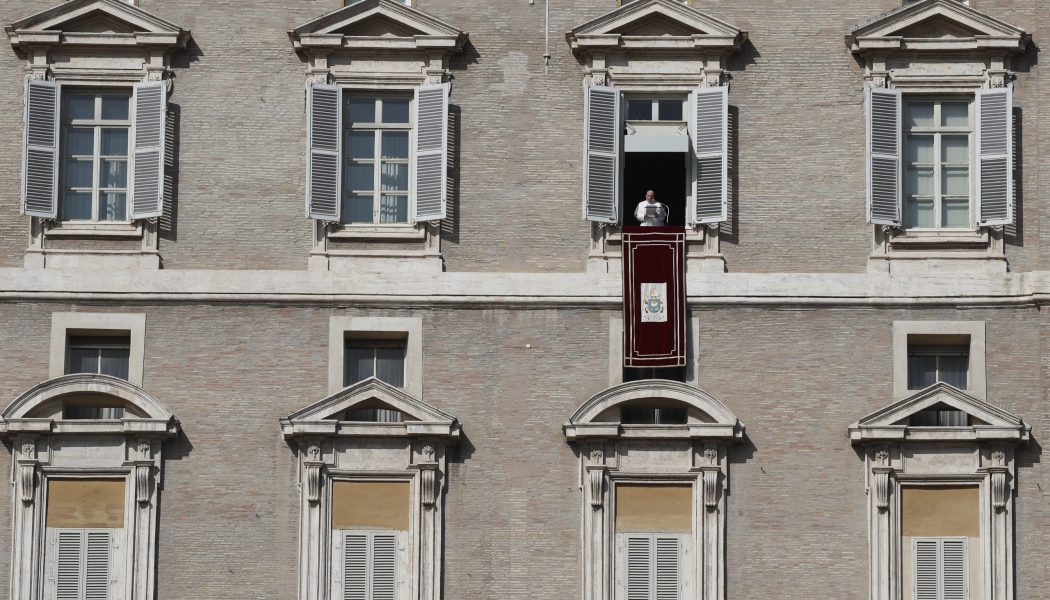 ROME – “A foolish consistency,” Ralph Waldo Emerson once famously wrote, “is the hobgoblin of little minds.” People and institutions of all sorts channel their inner Emerson all the time, invoking iron-clad principles when they’re convenient but finding loopholes when they’re not.

The Vatican is no exception, and the past weekend brought two examples when it comes to getting involved in civil politics.

Pope Francis himself is legendarily averse to being taken advantage of by politicians for electoral ends, so much so that, well before the COVID-19 pandemic, he kept finding excuses not to make a homecoming trip to Argentina, partly out of fear that one or another political alignment would try to spin it as an endorsement.

That same reluctance to be dragged into electioneering is part of the institutional DNA in the Vatican. It’s why heads of state and their minions don’t get papal audiences in proximity to national elections, for example, as U.S. Secretary of State Mike Pompeo was recently reminded when he visited Rome and didn’t get to see Francis.

(The fact Pompeo showed up immediately after blasting the pontiff’s policy on China probably didn’t help either, but it wasn’t the explanation given.)

Yet on Saturday, Pope Francis met Spanish Prime Minister Pedro Sanchez at the Vatican, delivering an impromptu speech warning of a looming crisis which he compared to the Great Depression of the 1920s and 30s. In terms of media coverage, the only headline was that Francis and Sanchez went maskless despite the fact the Vatican has reported a recent spike in COVID cases, including among the Swiss Guards.

I was struck, however, by the pope’s reference to the recent book Sindrome 1933, or “The 1933 Syndrome,” by Italian author Siegmund Ginzberg, who was born in Istanbul in 1948 to a Jewish family that shortly thereafter emigrated to Milan. For most of his career Ginzberg was a foreign correspondent for the Italian paper L’Unità, which once upon a time was the official publication of the Italian Communist Party.

The book compares the growth of right-wing populist movements today to the situation amid the Great Depression that paved the way for the rise of the Nazis in Germany, and Francis clearly suggested the comparison has merit. The pope said Ginzberg posits the analogy “very delicately,” but, in reality, it’s fairly explicit.

At one stage, Ginzberg notes that in 1932 some 14 million Germans voted for Adolph Hitler, and then writes: “There’s a strong temptation to blame the voters, the people who allow themselves to be ensnared. You hear the same thing for Trump, Erdoğan, Modi, Orbán, Bolsonaro … But in response, one could paraphrase the irony of Bertold Brecht: ‘If you’re disappointed by electoral results, I’d suggest you dissolve the people and elect another.’”

The comparison between Trump and the dynamics that brought the Nazis to power continues. (For the record, as a Turkish-born Italian Ginzberg probably can be forgiven for never having heard of “Godwin’s Law,” one version of which holds that the first one to invoke a comparison to the Nazis in an internet argument loses.)

“Trump promised an anti-immigrant wall and continues to press ahead, even at the price of having to fight off a government shutdown,” Ginzberg writes. “He promised a policy of protectionism and continues undeterred in imposing customs tariffs, regardless of the consequences for the global economy.”

“Every now and then I read about the opposition criticizing these figures for not keeping their promises,” he says. “Given the precedents” – by which he means the Nazis – “I truly don’t know if we really ought to hope that they actually deliver on what they say and promise.”

At the time Pope Francis made that reading recommendation, the U.S. election in which Trump’s fate will be determined was 10 days away.

One day later, Francis named 13 new cardinals, including Archbishop Wilton Gregory in the US. The main headline in the States was about Gregory being the first African American to get the red hat, but a common sub-header was along the lines of, “Prelate who took on Trump named cardinal.”

The reference was to Gregory publicly criticizing the Knights of Columbus-owned Saint John Paul II National Shrine in Washington for hosting Trump in June, just a day after tear gas had been used to disperse George Floyd protestors to allow the president to stage a photo op across the street from the White House at St. John’s Episcopal Church.

Of course, it would be terribly reductive to present Gregory’s elevation as being primarily about his standoff with Trump. He’s had a long and distinguished career, and the symbolism of becoming the country’s first African American cardinal at a time of deep racial tension is compelling.

Similarly, it would be seriously over-reaching to say the pope’s recommendation of Ginzberg’s book was driven by the American election. After all, he was speaking with Spanish politicians and his frame of reference was European.

Still, if concern about being seen as partisan close to an election were actually as strong as the Vatican often likes to say, would it have been so hard to wait a few days to give a thumbs-up to a book or to name a new crop of cardinals?

To put the point differently, when a pope or another senior Vatican official doesn’t want to do something, proximity to an election can be a useful way of explaining why not. When they do feel like doing something, however, concern over political fallout doesn’t always seem to stop them.