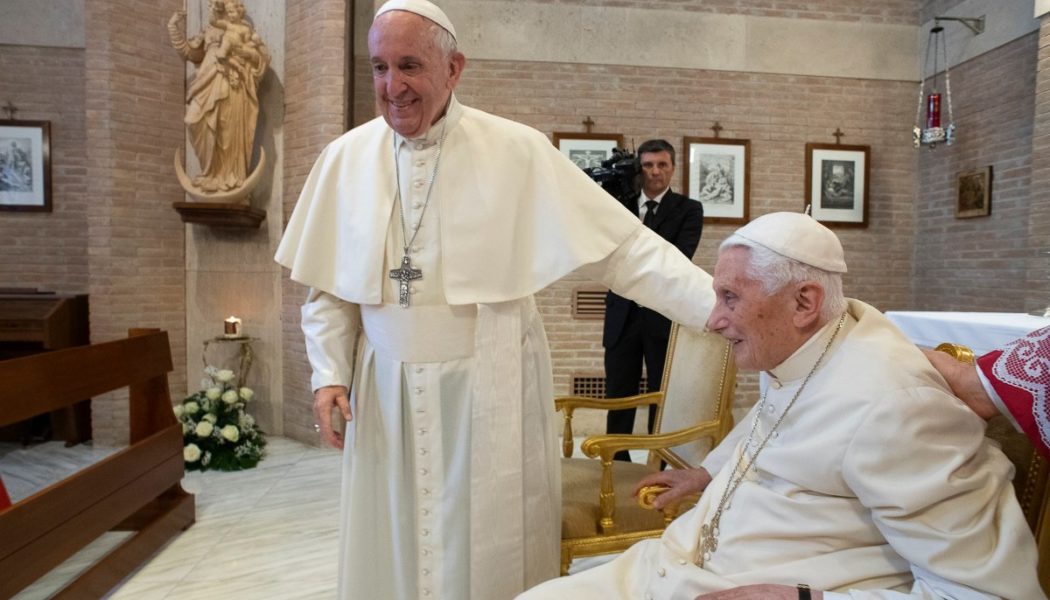 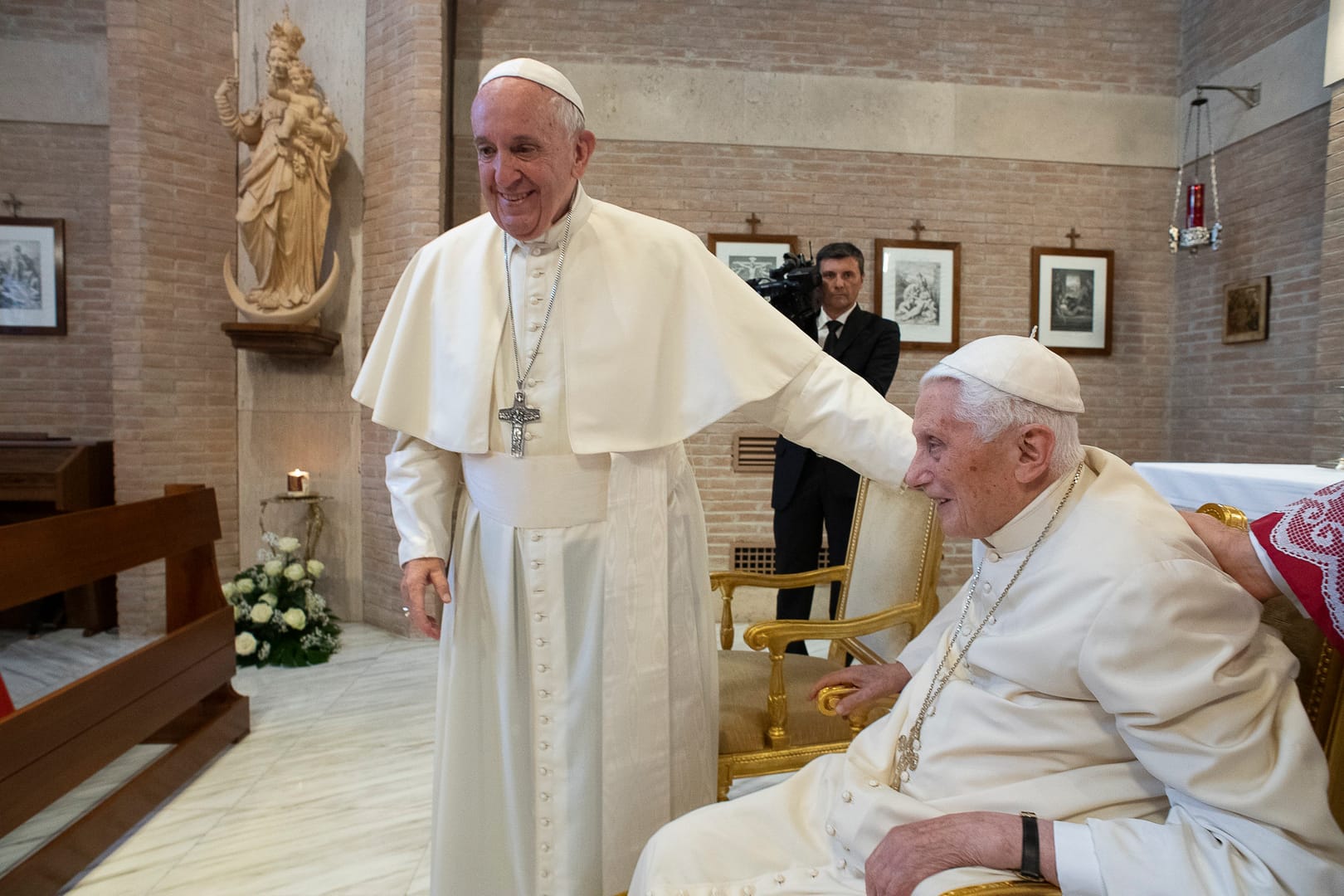 ROME – In yet another wide-ranging interview, Pope Francis said Monday that he doesn’t plan to step down anytime soon, though he prays for the strength to do so when the time is right.

If the day comes when he does resign, the pontiff said he would prefer to be considered the “bishop emeritus of Rome rather than pope emeritus” and to dedicate his time to the confession of the faithful, the practice of charity, and visiting the sick in some Italian parish.

“If I survive after resignation, I would like to do one thing: confess and go to see the sick,” he said.

On other fronts, the pope said pro-choice Catholic politicians should “talk to their pastor” about their “incoherence” with church teaching, and he repeated a familiar warning about the risks of a third world war.

Francis also answered – and, to some extent, dodged – questions about Ukraine, the COVID-19 pandemic, the clerical sexual abuse scandals, abortion, his resignation, and why he doesn’t go back to his home country, Argentina.

The pope’s remarks came in a July 11 interview with Mexican journalists Valentina Alazraki and Maria Antonieta Collins, published on the Vix streaming channel of Noticias Univision 24/7.

On the subject of war, Francis noted he changed the Catechism of the Catholic Church to say that both the use and possession of nuclear weapons is immoral, because an accident could lead to the killing of half of humanity: “We cannot play with death in our hands like that. We were playing with death.”

Regarding his decision not to mention Russia when he speaks about the war in Ukraine, Francis said that he prefers to “speak of the victims more than about the perpetrators. I speak of the country that is being attacked.”

He also insisted on keeping a door open to dialogue. He said that the chance of being able to persuade the antagonists to “change or resolve or stop” is more important than wagging a finger and saying, “You are a scoundrel because you are doing this.”

On criticism he has received, including accusations of being pro-Russian, Francis said, “I laugh. I mean, the capacity people have to express an opinion is limitless. There are sensible, healthy opinions, and those that are about the latest message on Twitter.”

The pontiff also stated, “I have no intention of resigning. For the moment, no,” and noted that it all started after a female journalist “whom I admire and respect a lot” wrote an article bringing together a series of things that could be interpreted as pointing to a resignation.

He acknowledged that he always thought his time in the Vatican was going to be brief, “but I didn’t realize it and nine years have already passed,” he said.

He did confess that “his knee hurts a little,” that he feels somewhat “diminished” although he can now walk, but insisted that up until now, he has “never” thought about resigning.

“Up until today, I never thought about resigning. But the example that Pope Benedict gave us is so big that I hope that, if I see that I can’t, that I’m doing harm or that I’m a hindrance, I hope that the power of his example will help me to [resign],” Francis said.

He also said that he can’t be “objective” between the example of Benedict resigning and John Paul II staying until the very end: “I have great sympathy for Pope Benedict […] this man is sustaining the church with his goodness and his retirement.”

The first experience of a pope resigning went well, he said, because his predecessor is a “holy and discreet man who knew how to do it well.” However, Francis added, it would be good to have an explicit set of rules for the future, in case another pope steps down.

On the COVID-19 pandemic, Francis called it a “very difficult moment for humanity” that is not yet over. “It began and stayed and with serious problems. It is a global plague,” Francis said.

He was very categorical in his condemnation of abortion, saying that “scientific data” prove that “a month after conception, the DNA of the fetus is already present and the organs are already aligned. Is it fair to eliminate a human life?” the pope asked.

As for the position of U.S. President Joe Biden, a Catholic, Francis said that he “leaves it” to his “conscience.”

“Let him talk to his pastor about this incoherence,” he said.

On the scandals of sexual abuse, he said that “today the church has become more and more aware” of the problem, choosing to “uncover and we will not be accomplices.”

He acknowledged, however, that it wasn’t always dealt with properly: “The priest was chastised and a year later, he was at it again.” Even today, he said, mistakes are made, but the only way to move forward is through transparency.

Speaking about abuse more broadly, he condemned the fact that millions of children today are victims of slavery, forced into work by industries that need “small, delicate hands,” deprived of their right to play. He also said that women have “something sacred, they are mothers,” and that the fact that women have to hide a pregnancy not to be fired is in itself, abuse.

To abuse a woman, he said, is “satanic.”

As for going home to Argentina, Francis didn’t actually answer the question beyond saying that such a trip was postponed in 2017 and that right now, it’s not in sight. In fact, he said later in the interview, that his upcoming July 24-30 trip to Canada “might be my last to the Americas.”