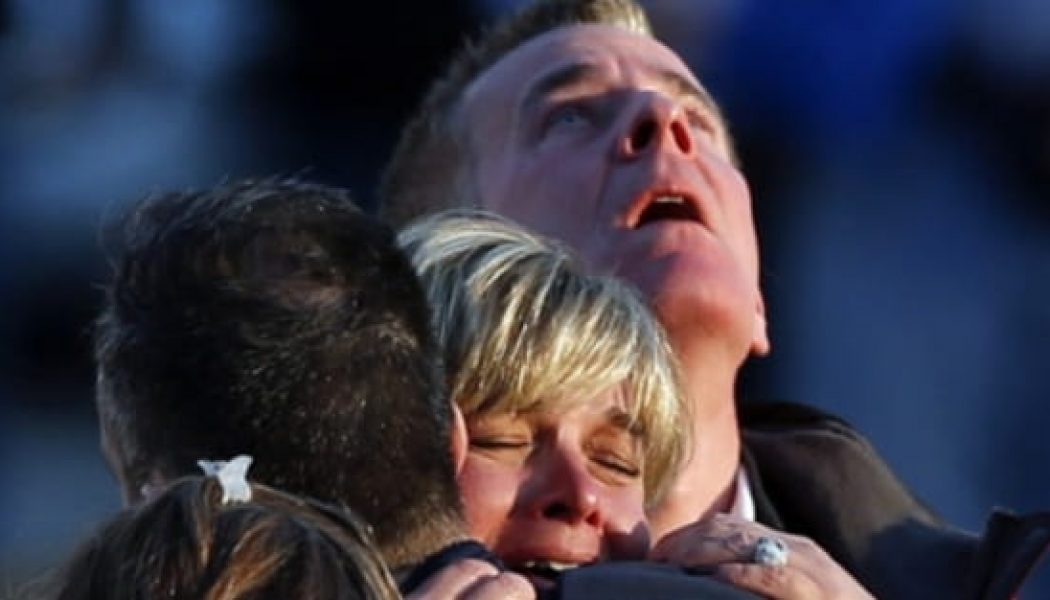 The nation is watching, with horror and disgust, news reports out of Connecticut of a horrific act of violence against an elementary school filled with defenseless children. While every act of murder ought to provoke outrage, there’s something especially condemnable about the murder of children. I think there’s a reason for that.

In the hours after the shooting, Jewish political and cultural commentator John Podhoretz called attention to a concept most Americans don’t like to think about at Christmastime, if ever: hell. Podhoretz noted the heightened iniquity of child sacrifice in the Hebrew Scriptures’ denunciation of the god Moloch. Moloch, of course, was a blood-thirsty deity who demanded his followers to pour out the lives of their children. The valley of this atrocity was called Gehenna. Jesus pointed to Gehenna when he told us about hell.

Throughout the history of the universe, evil has manifested a dark form of violence specifically toward children. Not only did the Canaanite nations demand the blood of babies, but the Bible shows where at points of redemptive crisis, the powers of evil have lashed out at children. Pharaoh saw God’s blessing of Israelite children as a curse and demanded they be snuffed out by the power of his armed thugs. And, of course, the Christmas narrative we read together this time of year is overshadowed by an act of horrific mass murder of children. King Herod, seeing his throne threatened, demands the slaughter of innocent children.

Jesus was not born into a gauzy, sentimental winter wonderland of sweetly-singing angels and cute reindeer nuzzling one another at the side of his manger. He was born into a war-zone. And at the very rumor of his coming, Herod vowed to see him dead, right along with thousands of his brothers. History in Bethlehem, as before and as now, is riddled with the bodies of murdered children.

There are more factors at work here than just impersonal psychology and sociology. “The course of this world,” we’re told, is driven along by “the prince of the power of the air” (Eph. 2:2). And behind all of that is a bloody skirmish. Satan is, Jesus tells us, a “murderer from the beginning” because he hates life itself. And he hates the life of children, particularly, because they picture something true about Jesus of Nazareth.

Jesus showed his disciple John that behind the particulars of history there’s another, darker, story going on. Jesus showed the picture of a woman giving birth to a child, with a dragon crouching before her to devour the baby (Rev. 12:4). When the woman and her child escaped, the dragon “became furious with the woman and went out to make war on the rest of her offspring” (Rev. 12:17), and has done so ever since.

Satan hates children because he hates Jesus. When evil destroys “the least of these” (Matt. 25:40, 45), the most vulnerable among us, it destroys a picture of Jesus himself, of the child delivered by the woman who crushes the head of our reptilian overlord (Gen. 3:15). The demonic powers know that the human race is saved, and they’re vanquished, by a child born of woman (Gal. 4:4; 1 Tim. 2:15). And so they hate the children who bear his nature.

Violence against children is also peculiarly satanic because it destroys the very picture of newness of life and dependent trust that characterizes life in the kingdom of God (Matt. 18:4). Children are a blessing, and that enrages the horrifying nature of those who seek only to kill and to destroy (Jn. 10:10).

The satanic powers want the kingdoms of the universe, and a child uproots their reign.

Let’s not offer pat, easy answers to the grieving parents and communities in Connecticut. We don’t fully understand the mystery of iniquity. We don’t know why God didn’t stop this from happening. But we do know what this act is: it’s satanic, and we should say so.

Let’s grieve for the innocent. Let’s demand justice for the guilty. And let’s rage against the Reptile behind it all.

As we do so, let’s remember that Bethlehem was an act of war. Let’s remember that the One born there is a prince of peace who will crush the skull of the ancient murderer of Eden. Let’s pray for the Second Coming of Mary’s son. And, as we sing our Christmas carols, let’s look into the slitted eyes of Satan as we promise him the threat of his coming crushed skull.

The mystery of evil is a declaration of war on the peace of God’s creation. The war goes on, but not for long. And sometimes the most warlike thing we can say, in an inhuman murderous age like this one, is “It’s beginning to look a lot like Christmas.”

Russell Moore is Dean of the School of Theologyand Senior Vice President for Academic Administration at The Southern Baptist Theological Seminary and executive director of the Carl F. H. Henry Institute for Evangelical Engagement. Dr. Moore is the author of The Kingdom of Christ: The New Evangelical Perspective (Crossway) and Adopted for Life: The Priority of Adoption for Christian Families and Churches (Crossway).