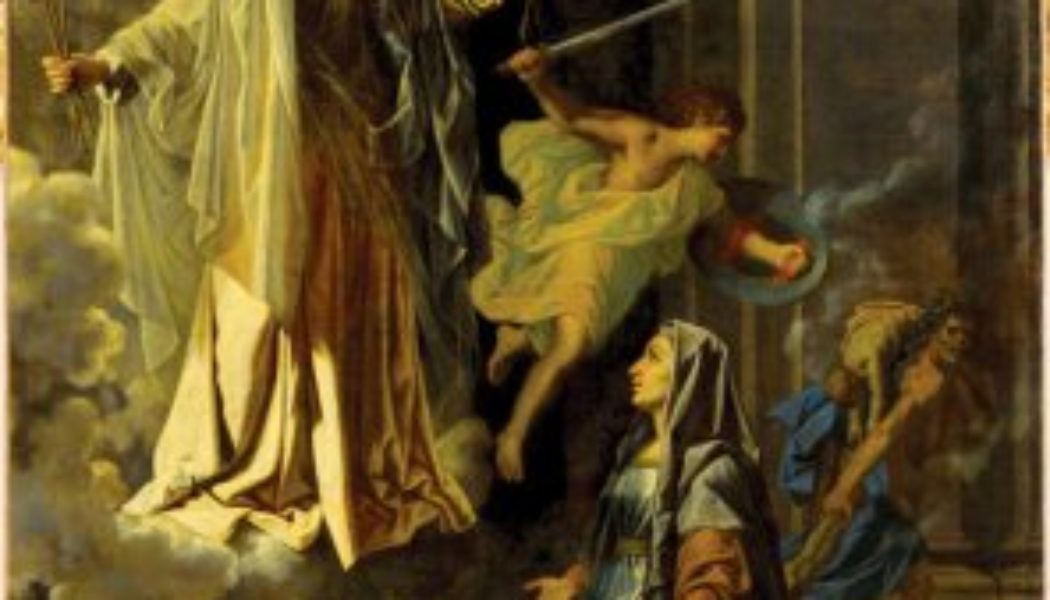 My last post focused on saints who converted from Protestantism. This post looks at another angle on the saints, modern saints from the Benedictine tradition.

November 13th is the feast of All Benedictine Saints. The Benedictines have more Saints and Doctors of the Church than any other order, largely because their history stretches back to the 6th century. The number of saints begins to thin out in the latter part of the Middle Ages, as the emphasis shifts to more active orders, and then dries up almost altogether in the modern period, apart from the martyrs of the Reformation and French Revolution.

The only Benedictine saints from recent centuries, to my knowledge, are St. Benedetta Cambiagio Frassinello (1791-1858), foundress of a teaching order, the Benedictine Sisters of Providence, canonized in 2002, and St. Rafael Arnáiz Barón (1911-38), a conventual oblate with the Trappists in Spain, canonized in 2009. Otherwise, we have to go back to St. Frances of Rome (d. 1440). Needless to say, in the last five hundred years the other major religious orders have very many more canonized saints. This may be starting to change with a good number of Benedictines on the path to canonization, showing the enduring power of the Benedictine charism. Here is a list of those Benedictines (including Cistercians/Trappists as part of the Benedictine family, and including priest and lay oblates) who have been beatified, declared venerable, or whose cause has been opened on the diocesan level with the title Servant of God. If you know of any others, please put their names in the comment box

Perhaps we could also include Blessed, and soon to be Saint, Charles de Faucaud, who spent a number of years as a Trappist before being released from his vows to live as a hermit. St. Ignazia Verzeri (1801-52) was also a Benedictine nun before founding the Daughters of the Sacred Heart of Jesus.

Honorary mention should also go to Bl. Luigi and Maria Quattrocchi for giving us three Benedictine vocations with their son Don Tarcisio becoming a Benedictine monk, their daughter Suor Cecilia a Benedictine nun, and their son Father Paolino a Trappist monk.