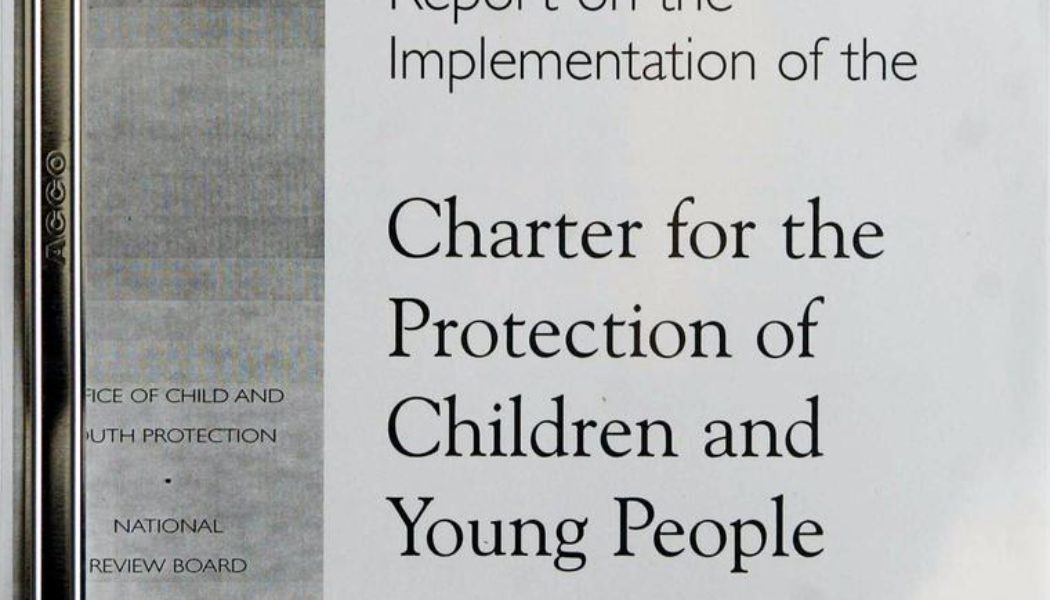 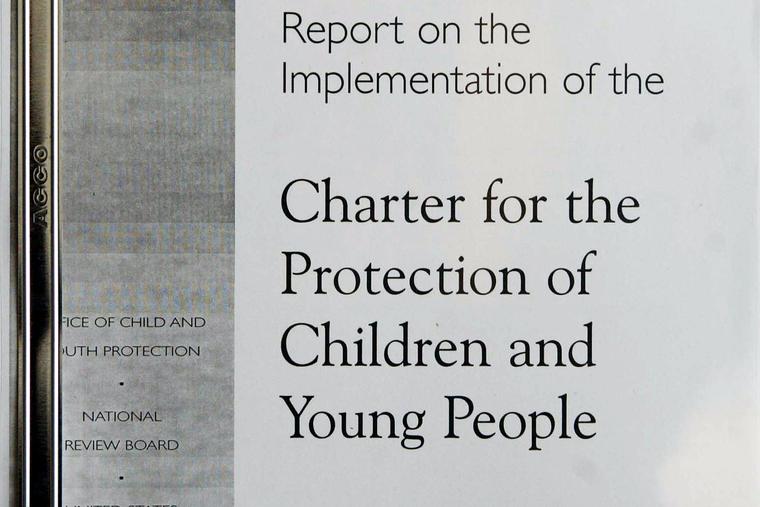 There are various metrics by which one can judge the progress of the U.S. bishops in handling sex-abuse cases since the Dallas Charter, 20 years ago. The most obvious one is the number of cases of abuse reported to law enforcement and the Church. That metric is not without value but also can be misleading. As we know, victims almost always wait decades before reporting (after all, they were threatened minors when abused) and by that time they may not be inclined to open old wounds.

Here, I am simply going to use as a metric observations gleaned from more than three years of vigilant attention paid to the issue through wide and deep reading, through work with victims, whistleblowers, falsely accused priests and activists.

My work with victims has been of several different kinds. They find me somehow — one was even referred by a bishop. Largely, I help them compose the accounts of their abuse and how it has impacted their lives and letters to their bishops and others they need to contact. I commiserate with them about the hostility they face from their bishops and advise them on how to find help they need, legal and otherwise. It requires a lot of listening to their stories and almost amounts to a part-time job. They are humbly grateful that someone with some status in the Church will listen to them. I am honored that they trust me with their stories.

I was one of those stunned by the revelations of the extent of abuse of minors that lead to the “Charter for the Protection of Children and Young People,” established during a meeting of U.S. bishops in Dallas in June 2002. I had no idea such a considerable number of Catholic clergy were so inclined to such behavior and thought it had to be a few aberrant individuals. I robustly defended the Church in interviews and pointed out that the incidence of abuse was not greater in the Catholic Church than in other religious denominations and less, it seemed, than among schoolteachers.

I was proud of the Church for the measures taken: a commitment to a “zero tolerance” policy for priests with credible allegations and mandatory and immediate reporting to civil authorities of any allegations; the establishment of victims’ assistance offices; the national and diocesan review boards for handling allegations; the annual audits and “safe environment” efforts, including mandatory background checks and training for anyone who works with children in Catholic church/school settings; and more rigorous vetting of candidates for seminary.

I was such a loyal daughter of the Church that I couldn’t accept Gov. Frank Keating’s claim, when he resigned from the lay-run National Review Board set up by the U.S. Conference of Catholic Bishops to enforce the Dallas Charter, that dealing with the U.S. bishops was worse than dealing with the mafia. I would say that a lot of what I have seen since ratifies his observation.

The John Jay Report made it clear that the problem governing abuse of minors was not largely the work of pedophiles — those who desire to have sex with pre-pubescent children — but that 80% of the abuse was by homosexual predators who went after minors. In recent years, we have learned that we need to expand the category of victims not just to minors but also to the vulnerable, which  includes anyone under the direction of an authority who is in a position to use their authority to prey on those in their care.

The Dallas Charter did not cover such abuse. I am convinced it is still a fairly common phenomenon because of the entrenchment of the “lavender mafia” in the episcopacy and the priesthood.

I had been aware for a long time that there were disproportionate numbers of homosexuals in the priesthood. I knew of Richard Sipe’s claim that 30% of the bishops were homosexual (I believe it is larger now), of Father Donald Cozzens’ claim in The Changing Face of the Priesthood that the priesthood was becoming a gay profession, and of the work of Michael Rose in his 2002 book, Goodbye, Good Men, which reported on the homosexual dominance in the seminaries. My thought then was: “If I know about the extent of homosexuality in the presbyterate and episcopacy, surely the bishops know and are doing something about it. Surely, they are meeting quietly in groups to deal with the problem.”

I was completely disabused of that hope when I learned of the widespread knowledge of Cardinal Theodore McCarrick’s predation on seminarians. While the Vatican investigation into McCarrick’s behavior and the official response to him illuminated some of the ways in which the Church failed to enforce restrictions made on him, ultimately it reinforced the impression that the Church is not interested in identifying who was guilty of negligence, much less recommending sanctions against them or ways the negligence could be avoided in the future.

One very telling element of the report was the failure to interview staff, faculty and students regarding who selected the young men that the seminary sent to spend the weekend with McCarrick and who at the seminary knew what was going on.

I have heard from students from other seminaries that, in the ’80s, when bishops came to town, young men who had the features deemed to be attractive by the visiting bishops were chosen and assigned to spend the evening with the bishops — and perhaps not just the evening.

Back to the charter, only later did I learn that the bishops had exempted themselves from any truly meaningful consequences of negligence or mishandling of abuse claims or even of accusations of misconduct within their ranks — as in the case of McCarrick. That made sense, of course, once I realized that McCarrick was responsible for the direction of the charter and that the canon lawyer involved was Msgr. John Renken, who was reputed to have been in a homosexual relationship with another priest.

I am not at all confident that the fundamental attitude toward sex abuse — which includes vulnerable adults as well as minors and children — has changed among many of the most powerful members of the hierarchy. Let me enumerate my reasons why.

The problem starts at the top. According to the documentary Sex Abuse in the Church: Codes of Silence, Pope Francis had a mixed record in dealing with sex abuse when he was the cardinal-archbishop of Buenos Aires: Whereas he denied he had ever faced cases of pedophilia when he was there, victims interviewed in the documentary testify otherwise. As pope, he has shown leniency toward alleged abusers and their protectors, even giving some positions in the Vatican, such as Cardinal Oscar Maradiaga of Honduras. And he chooses for the cardinalate individuals such as Bishop Robert McElroy, who has been criticized for not properly handling some clergy-abuse cases.

It seems seminaries have not found ways to screen out potential abusers. Former Louisiana priest Travis Clark, ordained in 2013, was caught in 2020 having sex with two dominatrices on the altar of his parish. Ordained in 2013, Father Robert McWilliams, a graduate of St. Mary’s Seminary in Cleveland, committed suicide in jail after having been found guilty in 2021 of sexual abuse of boys; Father James Cosgrove, a classmate of McWilliams, resigned from the priesthood after he was accused by three seminarians of sex harassment, some of which took place at the seminary. St. Mary’s remains confident that its procedures for screening candidates for the priesthood are adequate.

A story hot off the presses is that of Msgr. Jeffrey Burrill, who reportedly made more than 1,000 contacts for liaisons with other males on the gay-meeting app Grindr. Msgr. Burrill resigned from his influential position as general secretary of the U.S. bishops’ conference and reportedly has spent the time since in prayer and reflection. The way his bishop, Bishop William Callahan of La Crosse, Wisconsin, has handled the situation is outrageous.

Msgr. Burrill had been a professor and formation director at the North American College (NAC), the institution that produces many bishops. Recently, both the rector, Father Peter Harmann, and the vice rector, Father Adam Park, suddenly resigned from the college — but not the priesthood — after accusations of predation and cover-up, among other charges, which were subsequently dismissed in civil court on procedural grounds.

The John Jay Report was full of stories of priests who used sacred objects in their abuse acts. Several such stories have been reported, some of them connected to the NAC.

Rachel Mastrogiacomo has reported on the ritual rape she endured from laicized priest Jacob Bertrand and how soon-to-be Cardinal McElroy covered up for Bertrand. The attorney general’s office of San Diego reports that the diocese lied about having received any accusations concerning Bertrand. In another diocese, I am working with a victim who is dealing with a bishop who has manifestly lied to an attorney general’s office about turning over files

Most of the other victims I have worked with have been treated like enemies of the Church, not like beloved sons and daughters of the Lord who especially deserve pastoral care. While I know a few bishops who have been stellar in the care given to victims, I have every reason to believe that they are the exception, in the extreme.

Bishops continue to make excuses for or to downplay the seriousness of offenses by priests; and, indeed, in some cases they even forthrightly lie.

Bishop Michael Cote of Norwich, Connecticut, claimed he had no reports of misconduct by a priest and also excused the same priest for accusations made against him by stating he did not have an “integrated sexuality.”

With Vos Estis Lux Mundi (You Are the Light of the World), Pope Francis established a procedure for reporting bishops of abuse or cover-up. The reviews have been mixed.

I worked with one victim who had reported four bishops for having covered up for his abusers; the victim had received a settlement for the abuse and supplied abundant documentation to the Vos Estis website and, besides a reference number for his case, has received no communication from the bishops.

I am afraid that what I have learned and experienced in the last few years shows that the bishops have a long way to go to protect the Church from clergy who abuse the vulnerable and those who cover it up. A new charter should be written by a commission made up of laity, as well as priests and bishops, to make certain that all forms of abuse are covered, that the rights of priests are fully protected, that victims receive good pastoral care from the Church, and that bishops are made truly accountable for the abuse they engage in and  for the related cover-up.