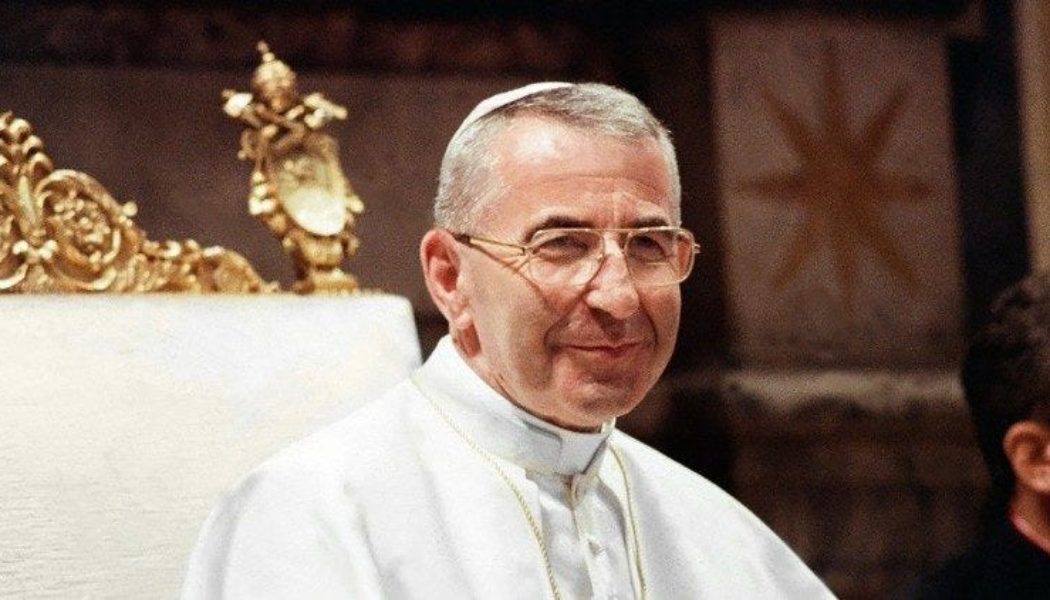 September 28 typically marks the Feast of St. Wenceslaus – yes, THAT Wenceslaus – the “Good King” of Christmas lore, but in the realm of papal history it holds even more significance, particularly over the past two centuries.

Following the death of Pope St. Paul VI on August 6, 1978, the cardinals of the Catholic Church gathered in Rome to elect St. Peter’s next successor, entering the conclave on August 25.

They settled on Albino Luciani, the cardinal archbishop of Venice, a man of humble origins who had spent much of the past decade shirking the traditional trappings of his Venetian office, opting instead for only those public events that raised money for the poor, and refusing to leverage his prestige for anything beyond that.

Luciani chose as his regnal name “John Paul I” – a nod to the two popes who had gone before him, John XXIII and the aforementioned Paul VI – and curiously insisted on being called “the First” (note that Pope Francis, for example, doesn’t carry the numeral after his name).

Although few likely paid too much attention to it at the time, his choice has become all the more eerie considering that his untimely death would come in little more than a month, and it turns out that the new pope may have known about it all along…

Pope John Paul I was widely known for his infectious joy, but according to Fr. Richard Kunst, curator of the largest papal memorabilia collection outside of the Vatican, was told a story by the pope’s niece, Pia Luciani, that in the months leading up to his election – specifically following a trip to Fatima, Portugal – he had lost his characteristic cheerfulness.

Here’s the story from Fr. Kunst:

Cardinal Luciani went to Fatima at the end of 1977 on pilgrimage. Pia Luciani told me, ‘My uncle was always happy. He was always joyful, he always had a smile. He was just that guy. But at the end of 1977 when he went Fatima, he came back and never smiled again. He was dour, he was grumpy, he was not happy, and we all wondered – something happened. Something had to have happened.’

And so, she then proceeded to say that in light of everything we know now, she thinks that Our Lady [Mary, the Mother of Jesus] revealed to him that he would be pope, and that he would be pope for only a short time. And then as soon as he was elected pope, his countenance came back and he was the smiling man she knew before.

Now, that is certainly some story. But there are some additional circumstances that appear to back up such a tale.

Cardinal Jaime Sin of the Philippines, for instance, had told Cardinal Luciani before the conclave began that he would be the next pope. Upon his election, Luciani reportedly said to him: “you were a prophet, but my reign will be a short one.”

At another point during his 33 days in office, John Paul I was greeted by a group of Mexican pilgrims, who invited him to visit their country. To their request, John Paul I politely declined and noted that his successor would have to make that trip.

Regarding his election itself, saying that the Holy Spirit inspires the choice of a new pope can often be met with eye rolls from those familiar with the intrigues of, say, the papacy of the Middle Ages or the Renaissance. And yet, there exists more than one attestation of just how strange it was that Cardinal Luciani emerged victorious.

Cardinal Basil Hume of England had this to say after the conclave:

Seldom have I had such an experience of the presence of God… I am not one for whom the dictates of the Holy Spirit are self-evident. I’m slightly hard-boiled on that… But for me he was God’s candidate.

An interior inspiration indicated a choice, a name.

There was no one in particular whom we felt would get a two-thirds vote. Suddenly, however, I don’t know how or why, the name of Cardinal Luciani came to our minds.

God chose Cardinal Luciani. At first He kept him, so to speak, in the shade, and he himself, the predestined one, sought to be hidden. Then all of a sudden the Lord revealed the face and the name of him whom He had chosen.”

We’ll never know, on this side of eternity, why this humble, smiling pontiff was only allowed 33 days in the Chair of St. Peter, but his life is certainly one worth emulating, and his prayers are most definitely worth asking for.

Now, we would be remiss to not include other happenings from Today in Papal History, particularly ones that eerily string together a coincidental thread through several 20th Century popes.