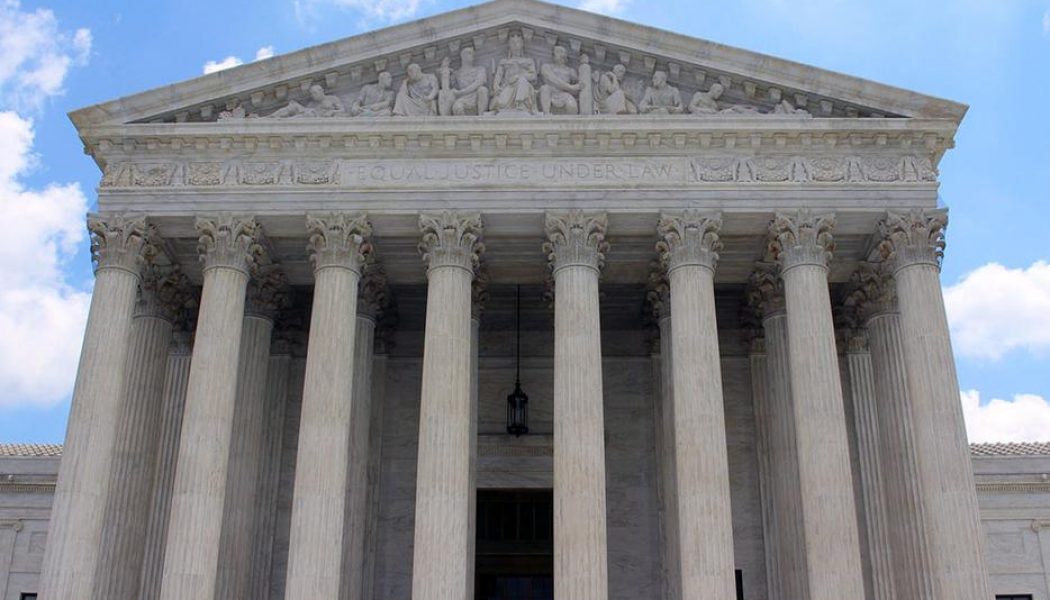 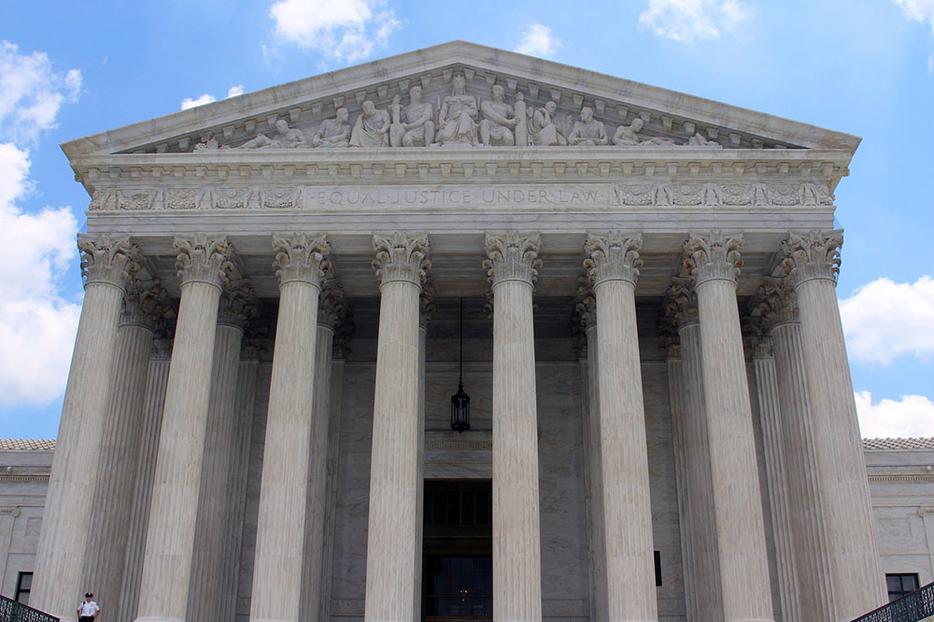 “If Hollywood may host a studio audience … while not a single soul may enter California’s churches, synagogues, and mosques,” writes Justice Neil Gorsuch, “something has gone seriously awry.”

The U.S. Supreme Court on Friday provided worshippers partial relief from California’s onerous restrictions that in practice prevented any indoor religious services in some places (“Tier I”) of the Golden State.

The Court split 6-3, with the majority (but not the minority) divided in its reasoning. Justices Clarence Thomas and Neil Gorsuch provided the most robust defense of the First Amendment rights at stake. Justice Samuel Alito agreed with them but would have given California 30 more days to see if it could make its case for its restrictions. Justices Amy Coney Barrett and Brett Kavanaugh voted to overturn the limits on indoor church services but not on indoor church singing.

The dissent, written by Justice Elena Kagan and joined by Justices Stephen Breyer and Sonia Sotomayor, would have let California continue its suppression of religious worship.

Justice Gorsuch wrote a “statement,” joined by Justices Thomas and Alito, that sharply attacks California’s limits. It starts out by noting that any restrictions on First Amendment rights of free exercise of religion are subject to judicial “strict scrutiny,” i.e., California needs to prove there is no less intrusive way for it to protect the public health. The justices point out that state did not meet that test. Indeed, it even created its own special category for places of worship.

Gorsuch shreds each of these alleged justifications. Under Tier I restrictions, crowds in churches are banned, but the ban does not apply to transportation hubs like train stations or long store checkout lines that also mix crowds of unrelated people together for extended periods. The ban makes no sense when churches want to open for activities likely not to draw crowds, e.g., individual visits to pray or go to confession.

Tier I church restrictions are defended because of alleged close physical contact, even though many churches diligently arrange seating to enforce social distancing. But Tier I manicurists or hair dressers (did the justices want to allude to Speaker Nancy Pelosi’s hair-dressing incident last spring?) have no such limits, even though they must actually touch unrelated customers for extended periods.

Tier I churches are presumed to conduct long worship services, but Tier I do not impose time limits or monitoring requirements on how long people remain in malls, bus stations or in the barber’s chair. (“Shave but no haircut, no time!”)

Finally, Tier I church restrictions are defended because of singing — the phenomenon that caused the majority to split hairs — but, as Gorsuch et al. note, there’s singing, and there’s singing. Tier I churchgoers must keep silence; Tier I movie producers can belt out tunes. Nor is every in-temple song created equal — is a sole cantor the same threat as the Mormon Tabernacle Choir?

California also defended its bans by invoking its “mild climate” and telling churches to take it outdoors (although it does not tell supermarkets to roll their wares into the parking lot).

Kagan and her two other dissenters would ignore all these practical questions and defer wholesale to California’s policy choices, feigning judicial humility about “unelected actors” not preventing “California [from] fight[ing] COVID as it thinks appropriate.”

One doubts any of the three dissenters would recoil in other cases from Charles Evans Hughes’ famous dictum of judicial imperialism: “The Constitution is what the judges say it is.” Kagan would yield to the “experts” and then cites how the “experts” (as opposed, presumably, to Barack Obama’s “bitter” worshippers “clinging to … religion”) have mitigated dangers, e.g., unionized actors only sing with appropriate safety protocols.

Because of their willingness to accept California’s “experts’ scientific findings,” the dissenters essentially accuse the majority of judicial activism in favor of their preferred special interest (churches and synagogues) rather than acting as judges who rightly apply suspicion to state justifications for abridging basic Constitutional rights. In that process, they also reduce free exercise of religion — a fundamental Constitutional guarantee — to essentially just another interest which the state, in the name of some greater good, can limit (scil. violate).

So, religious folk in California have won a limited victory, but the decision exposes certain fissures in the Court. A robust jurisprudence of free exercise is struggling to be born, but it struggles with personal and philosophical issues.

Personal, because Chief Justice Roberts, seeming to follow in the steps of Anthony Kennedy and Sandra Day O’Connor, appears to be augmenting his individual “swing” position at the expense of a coherent jurisprudence. Back in May, he upheld California’s limits. In November, he dissented in Diocese of Brooklyn v. Cuomo. But California’s latest restrictions apparently did not meet his Goldilocks test (“this regulation is just right”), because he joined in the majority outcome.

Philosophical, because the rectitude of the outcome is being channeled by solicitude for procedures. Does California need a little more time to prove its claims? Can we parse the division by giving plaintiffs in-church worship with “the sound of silence?” (Mind you, under Tier I restrictions even a socially distanced Quaker Meeting – usually silent unless the “Spirit” inspires a Friend to speak – would be outlawed, even though the Friend could later stand in line for a venti double latte).

I note the “procedural” argument because much of American law has descended into proceduralism. As I noted in commenting on Diocese of Brooklyn v. Cuomo, COVID restrictions are not unlike Immanuel Kant’s famous “Categorical Imperative,” which supposedly requires all ethical rules to be universalizable: neither stopped anybody from doing what they want to do provided they packaged the debate in a manner favorable to the outcome they seek.

Proceduralism is a debate that has currently riven American conservatives (think David French v. Sohab Ahrami). It haunts the background of debates over stare decisis (following precedents): do you adhere to past decisions because they were precedents or because they were right? It was in the background of a hit piece that appeared last week in the Left’s major opinion journal, The New Republic, in which a cartoon of Amy Coney Barrett in papal robes and miter sits above a headline, “Originalism Is Dead. Long Live Catholic Natural Law.”(Interestingly, in her separate remarks, Barrett seemed to make proceduralism decisive for how she divided wins and losses in this case). I’ll admit my growing hostility to that focus on proceduralism, invoking Matthew 23:23-24 as my reasoning.

In the meantime, let’s be grateful for Friday’s win, even if it has something of a “half a loaf” feel to it. As Justice Gorsuch observes:

“As this crisis enters its second year — and hovers over a second Lent, a second Passover, and a second Ramadan — it is too late for the State to defend its measures with claims of temporary exigency, if it ever could. Drafting narrowly tailored regulations can be difficult. But if Hollywood may host a studio audience or film a singing competition while not a single soul may enter California’s churches, synagogues, and mosques, something has gone seriously awry.”

Say “Amen.” In your local church, synagogue or mosque.