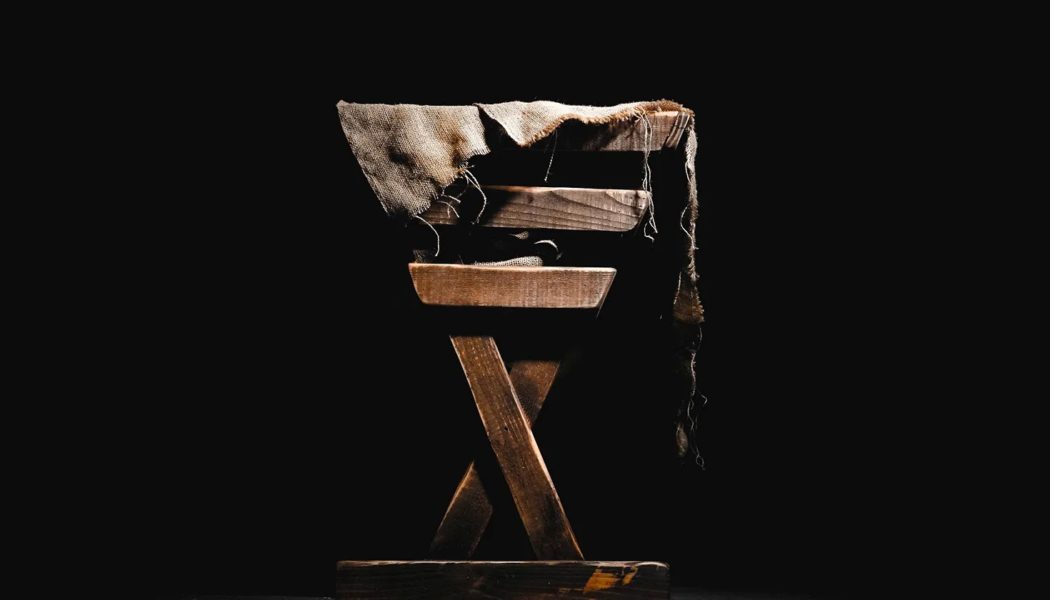 This Sunday, we have one more week to “make straight the paths” and eliminate the hills so that Jesus can easily enter our lives this Christmas. But once we accept him, he has no intention of making our road to the Father easy at all. In fact, it’s uphill on rough terrain from here on out.

To prove it, the Gospel for the Fourth Sunday of Advent, Year A  shows how easy Joseph  made it for Jesus to enter his life — and how difficult God made his life thereafter.

Truly, no one ever lived Advent better than Mary and Joseph.

Our Advent began by giving us Jesus and Paul telling us to wake up, then John the Baptist  saying ‘Every valley shall be filled,” that is, every sagging crevice of your heart should be strengthened, “and every mountain and hill shall be made low”, that is, every false height of pride in your soul should be humiliated.

Now, our Advent ends by giving us a man who did just that.  First, “Joseph awoke” and then comes his Fiat of deeds: “he did as the angel of the Lord commanded him.” Consider how Joseph rose to the heights of virtue and the depths of humility:

First, Joseph has to sacrifice his life. Confronted with the fact that his betrothed is pregnant and not by him, Joseph decides to leave her quietly. Think what that will mean weeks later: She will be obviously pregnant, and he will have left her without accusing her — forcing everyone to assume he had gotten her pregnant and then abandoned her. There was a harsh penalty in Mosaic law for a man who does that. His decision to “send her away quietly” would not “expose her to shame,” says the Gospel — because the shame would attach to him instead.

Second, Joseph sacrifices his pride. When the angel comes to him in a dream — not in a grand waking vision, like Mary had, but in his sleep — he has to accept a new reality. He is to take his celibate wife into his home, even though she is pregnant with a child that is not his. As St. John Chrysostom puts it, “Do you not see here a man of exceptional self-restraint, freed from the most tyrannical passion, jealousy?”

Third, Joseph sacrifices his understanding. The angel tells him that Mary conceived by the Holy Spirit — a mystery so great that Chrysostom says even the angel can’t explain it. “Do not speculate beyond the text,” he writes. “Shame on those who attempt to pry into the miracle of generation from on high! … Neither Gabriel nor Mathew was able to say anything more.” This is the first of many things Joseph will not understand — including the hard road to the birth, the harsh words of Simeon, and the harrowing flight to Egypt.

Fourth, Joseph sacrifices his authority. The angel says Mary “will bear a son.” Chrysostom points out that Gabriel told John the Baptist’s father, Zechariah, that his wife would “bring forth to you a son.” Joseph’s wife will “bring forth a son,” but not to him. It’s the difference between “congratulations, you’re a dad!” and “your wife’s pregnant, and you have to take care of the child.” His first fatherly act is a sign of what will come. Joseph is told he will name the child, but that he can’t choose the name. The son is going to be raised by Joseph but Joseph won’t have final authority.

This is totally unlike us, of course. Except in the ways that it is exactly like us.

Anyone who seriously sets out to follow Jesus Christ will find the same things St. Joseph did. Take them in reverse order:

We will each have to sacrifice our understanding. We will want our faith to make sense. But very often it won’t, until we look back on it years later. We want our life to make sense too. A lot of it never will, until heaven, presumably. We want everything to be tidy and clear and satisfying like a Hallmark movie relationship, but it will be messy, complicated and often unresolved, like a real life relationship.

Does that sound miserable? It isn’t. It is the difference between living a meaningless life and a life of purpose, a puny life and a great life, a sad life and a wonderful life. St. Paul describes how he has lived such a life:  On the one hand, he is “a slave to Christ Jesus.” On the other, he is “called to be an apostle and set apart for the gospel.” On the one hand he is powerless because he “belongs to Christ” in “the obedience of faith.” On the other, he shares in the power of the Son of God, the holiness of the Holy Spirit, and the peace of God the Father.

In the First Reading the Lord tells Ahaz, King of Judah, to ask him for a sign. Ahaz refuses, because he knows all too well that God will challenge him in exactly the way God challenges Joseph in the Gospel.

Isaiah says the Lord will provide a sign anyway: “The virgin shall conceive, and bear a son, and shall name him Emmanuel.”

Thus he announces the great reversal of Adam and Eve’s sin. The “Us-Without-God” of the Fall will become the “God With Us” of Christmas. Our plea to “O Come o come Emmanuel, and ransom captive Israel” will become our invitation to “O Come all ye faithful, joyful and triumphant!” The broken house of David will be restored in Jesus, “descended from David according to the flesh, but established as Son of God in power,” as Paul puts it.

So, take advantage of the tail end of Advent to surrender. “Let the Lord enter; he is the king of Glory.” Life will be harder than ever, and far, far better than you dreamed.