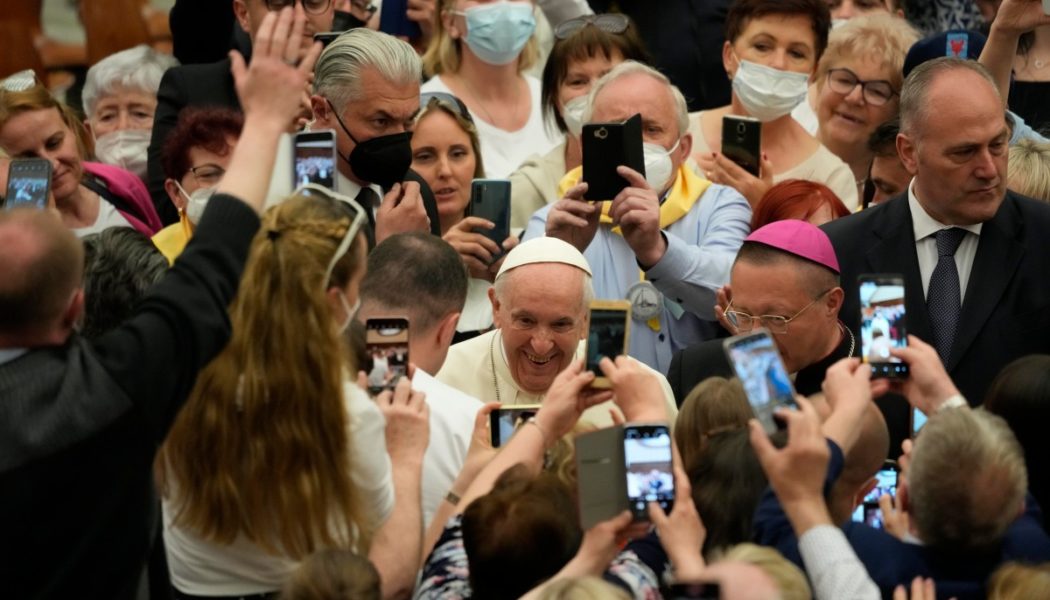 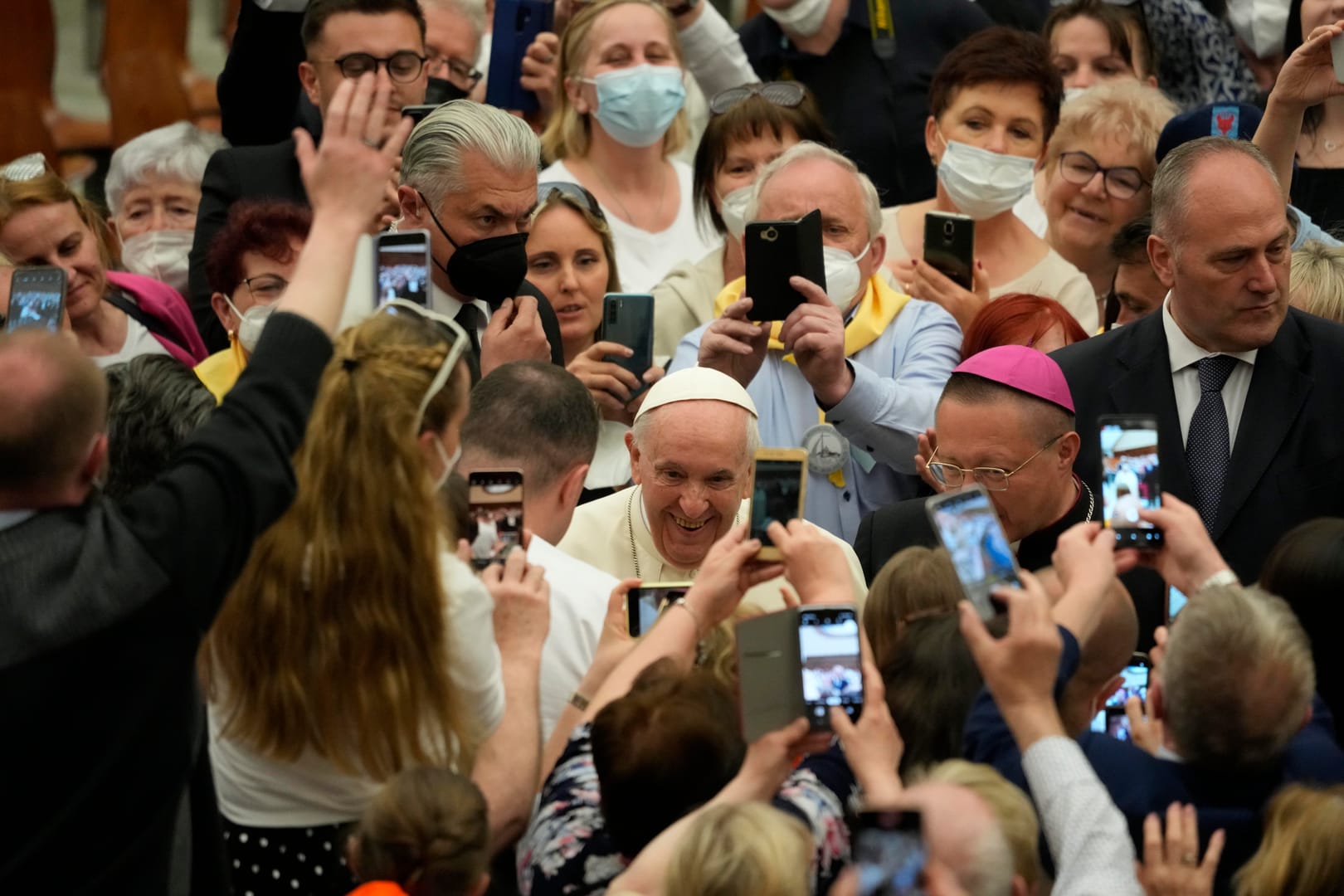 ROME – Veteran Italian journalist Massimo Franco has a new book out called The Monastery: Benedict XVI and Nine Years of a Shadow Pope. The core thesis, unobjectionable so far as it goes, is that without Benedict ever desiring it, the Mater Ecclesiae monastery where he resides in the Vatican has become a rival center of power to the Santa Marta residence of Pope Francis.

Without getting into the heart of Franco’s argument, there’s one point in the book that deserves to be unpacked lest it create exactly the wrong impression.

Franco quotes from an interview with German Cardinal Gerhard Müller, the Vatican’s former doctrinal czar, who was removed in 2017 by Pope Francis in favor of his fellow Jesuit, Spanish Cardinal Luis Ladaria.

Among other things, Müller comments on the current Vatican trial centering on a failed $400 million London property deal, with Italian Cardinal Angelo Becciu, a former papal chief of staff, as the star defendant. Müller questions how the trial can be fair when, he says, Francis effectively pre-judged the outcome by stripping Becciu of his privileges as a cardinal before it even began.

“It seems to me that the European juridical standard has been distorted by a Latin American mentality,” Müller is quoted as saying. “We in Europe have studied Montesquieu and the division of powers; they haven’t.”

There are two problems with that assertion.

Let’s face it …  Montesquieu is easily available in Spanish translation, and anyway, it’s not as if the administration of justice in Europe is completely free of political pressure either.

The second, and far more serious, issue is that Müller implies that the problem of separation of powers in the Vatican is somehow unique to Pope Francis and his Latin American background. In fact, it’s a structural problem that dates back to 1870, and all Francis has done is expose it because of his boldness in trying to use the Vatican’s civil justice system to achieve a new degree of accountability.

Let’s take a step back.

Becciu and the other nine defendants in the Vatican trial are accused of various forms of fraud and corruption, effectively fleecing the Vatican of hundreds of millions via inflated charges for financial services and other maneuvers. Francis has taken a hands-on role in the case, issuing four rescripts, or legal rulings, before charges were even filed, which, among other things, allowed prosecutors to impose wiretaps and electronic surveillance on suspects for an indefinite period and without any judicial review and to impose physical detention without getting a judge’s permission.

Defense lawyers vigorously objected, arguing that such measures violate basic rules of due process and stacked the deck in favor of the prosecution. They also made a conflict of interest argument, since Pope Francis, theoretically anyway, is the victim of the alleged crimes, yet he’s also the one setting the rules.

The three-judge panel hearing the case dismissed the defense objections, in part on the basis that the Vatican legal system recognizes the pope as the supreme judicial authority, so a Vatican tribunal has no standing to overrule his decisions.

With the collapse of the Papal States after the 1870 conquest of Rome, popes came to accept the loss of their temporal authority outside the Vatican; indeed, Pope Paul VI, on the 100th anniversary of the fall of Rome in 1970, actually referred to that loss as “providential,” because it freed modern popes to play a more universal and humanitarian role.

Popes have made their peace with the separation of powers ad extra, but they have yet to do so ad intra.

It’s a core theological principle that popes are the supreme authority in the Catholic Church on matters of faith and morals. The Vatican City State, however, also has its own civil justice system, and there’s no theological reason why popes must be the supreme authority there too – after all, even the most elastic concept of papal infallibility wouldn’t suggest that it extends to alleged financial crimes.

Pope Francis obviously wants the current trial to be perceived as fair, but that’s likely to be a tough sell as long as there’s no separation of powers to protect the rights of individuals against the power of the state. Many jurists looking in from the outside likely will conclude that whatever the real innocence or guilt of the defendants, their lawyers are right that the trial isn’t consistent with internationally accepted concepts of due process, because you can’t have the executive branch overriding independent judicial review.

Perhaps the deep significance of the “Trial of the Century,” therefore, is that it points to a long-overdue reform inside the Vatican, providing for a genuine separation of civil powers parallel to the evolution of Catholic social teaching on the independence and impartiality of the judiciary everywhere else.

When it comes to civil matters, the pope could remain the chief executive, but you could also have an independent judiciary with the power to review, and, when warranted, set aside executive actions. The fact the Vatican doesn’t presently have such a system isn’t about doctrine, but a vestigial artifact of its monarchical history. (To be crystal clear, we’re talking here about civil procedures, not canonical, which are a different kettle of fish altogether.)

To repeat, Pope Francis didn’t create this problem, and, frankly, were it not for the fact that he actually wants the system to do its job, holding people accountable no matter their rank, we might never have noticed it.

Francis could, however, be the pope to resolve the problem. If so, that could become a cornerstone of his legacy. If nothing else, it would ensure that the current trial, whatever its eventual findings, would signify a real turning point.