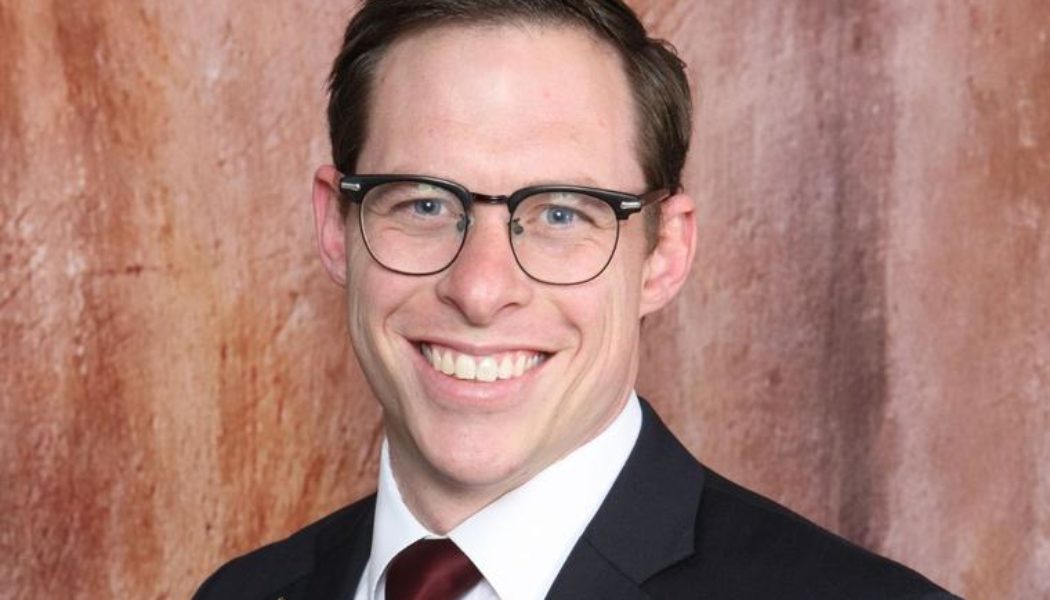 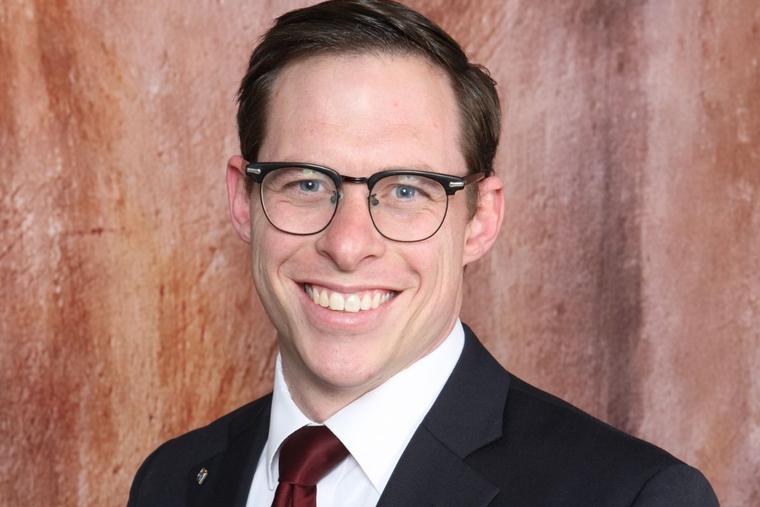 “You must be called to do the job,” says Victor Sweeney. “I haven’t found the pay to be commensurate with the hours” — (these he describes as “long, odd and unpredictable”) — “nor with the emotional toll that comes from dealing with grieving families, to say nothing of witnessing grievous injury or the death of children.”

Yet, looking back over his life, he can see how he was being prepared for this work, which he describes as “precious.” Sweeney feels that burying the dead and serving those who are bereaved is something he was born to do.

Sweeney’s job as a mortician comprises preparing the bodies of those who have died and then burying them. It involves, therefore, a daily encounter with grief, the sorrow of those left behind by the death of a loved one.

“Though every major town has at least one funeral home, it isn’t a common career,” admits Sweeney, 31. One wonders how family and friends reacted to his choice of career. “Friends, at least close ones, weren’t surprised,” he says. “Acquaintances and strangers are sometimes a little taken aback; I mean, most people don’t think a mortician is someone who lives a normal, generally happy, life.”

So what drew him to this work? “I always wanted to be a priest,” he replies, before going on to explain that through a process of discernment he realized that this was not his path. But, as this realization dawned, another path opened to him.

“I was given a book by my godfather, written by a schoolmate of his, The Undertaking by Thomas Lynch. A truly great book; part poetry, part memoir. It opened me up to the idea of becoming a funeral director.” It is the work of a funeral director that today fulfills his desire to serve people pastorally. It also allowed him to work physically with his hands.

“I realized it all sort of fitted together,” he reflects. In addition, and perhaps more importantly, it provided him with a way in which he could use his gifts of being able to communicate with people at a time when sensitivity and compassion are essential.

“My profession, at its core, is one of service,” explains Sweeney. “I am there to guide a family, to help them discern and plan what is the best way to memorialize their dead, and also help them take care of themselves in the process.”

He accepts that “to be there right after someone has died is a strange thing. I go on death calls any time: night or day. I think it is a consolation to the family, knowing that I’ll be there, even if it is 3am. It is a gift to me because I get to be there at one of the most vulnerable moments: I get to build trust at an incredibly difficult time and show that I do care, not only by the sheer fact that I’m there at 3am, but by my actions, by treating their mom or dad with tenderness expressed in care of word and action.” However, it is precisely this aspect of his calling that Sweeney cherishes. He sees it as “walking alongside [the bereaved as they pass] through the valley of the shadow of death.”

Death and funerals were a constant part of the recent worldwide narrative on account of COVID-19. Throughout the recent pandemic, he continued to work, while taking the necessary precautions. Sweeney says he is not worried about death. “I go to confession every other week: What more can a man do to prepare his body and soul for his end?”

He elaborates on his view of death and dying: “It has made me regularly think about my own death, and not just what I want in terms of casket, or music, but also spiritually.”

He points out that you only have to bury one person of a similar age to yourself “before it gets driven home hard: Death comes for everyone.” He is neither flippant about death, nor cold and desensitized to it. Instead, he describes himself as “a realist.” “It happens,” he says. “My job is to guide people through this.”

As Sweeney describes his work, it is clear that his Catholic faith suffuses all he does.

“My faith is a great consolation,” he admits. “I cannot tell where anyone’s soul is going, but I can think about my own soul, my own death every day, which is a great blessing.” He thinks there is a stereotype that morticians are “numb” to death. “Maybe some are,” he says, “but I’m certainly not. I think that when your faith informs your work, as a mortician, it becomes easier to see the goal: that the body carried the soul through life, and [now] you’re here to help the family honor that body.”

Clearly, Sweeney is a Catholic whose professional work is integral to his faith and viewed through that lens. “My faith is pretty central to my work,” he confirms.

Sweeney spent his youth outside Detroit and Columbus, Ohio, before moving to Bismarck, North Dakota. He graduated from high school in 2009. Initially he worked at a funeral home locally before heading to Ireland to begin his professional studies. In 2013, he completed his degree at the University of Minnesota, where he was awarded a bachelor’s degree in mortuary science. He is licensed as a funeral director/embalmer (licenses are merged) in the states of Minnesota and North Dakota.

Married to Paige, the couple has three children, Edmund “Ned,” Arthur and Fiona. In the summer of 2014, he moved his family to Warren, Minnesota, where, he says, he and his family “have been enjoying small-town life ever since.”

He is being interviewed by the Register in November, the month traditionally dedicated by the Church to praying for the holy souls.

“November is very poignant to me,” he says. “My best friend took his own life a few years ago. The last time I talked to him was Nov. 2, the feast of All Souls: I was the last person to speak to him. I was pretty crushed by his death — still am, if I’m being honest — but it taught me such a lesson about Christian hope. All Souls’ Day is supposed to be important to every Catholic, but it is especially important to me.”

Sweeney confesses he still misses his friend “dreadfully.” While making no judgment upon his friend’s soul, Sweeney says, “I have to have hope, and I have to pray for his soul. November is the time when that is closest to mind; for that I am grateful.”

Attending to Catholics and non-Catholics as they grieve, Sweeney acknowledges that some in his profession might become indifferent to religion.

“Being in many churches with many different ministers, if you don’t have a strong faith, it might be tempting to see all faiths as basically the same,” he says, before adding, “I serve Christians and nonbelievers of all stripes, but I don’t hesitate to share what I believe, if asked: There is one God, one true Church, and all men are called to know Truth.”