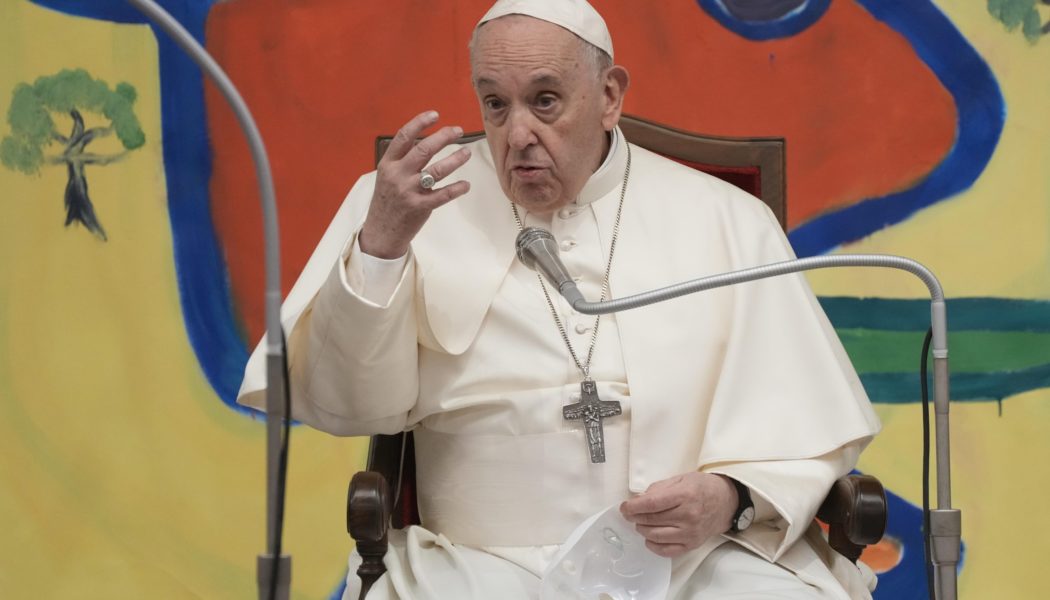 ROME – Early on Pope Francis may have played down most of the traditional epithets of his office, such as “Primate of Italy,” by instructing the Vatican to print them on a separate page of its annual yearbook. The fact he avoids the title, however, clearly doesn’t mean he dislikes the gig.

On the contrary, few popes in recent memory have been quite as aggressive in seeking to reshape the Italian church in their own image as Francis, who may be Argentinian but whose family roots are in the northern Italian region of Piedmont.

The latest example of this pope taking personal charge in Italy came Friday, when the Vatican announced that Francis has created a special commission to evaluate the country’s implementation of his 2015 motu proprio Mitis Iudex, which sought to reform the annulment system to make things faster, easier and free of charge.

To head the commission, he’s tapped Father Alejandro Arellano Cedillo, which was a fairly obvious move given that the new body will be headquartered in the Roman Rota, the Vatican’s busiest court, with a large share of its workload coming in annulment cases. Nevertheless, it is still telling that Arellano Cedillo is Spanish, not Italian.

The other members are two veteran judges of the Rota, Italian Fathers Vito Angelo Todisco and Davide Salvatori, in addition to Bishop Vincenzo Pisanello of Oria in southern Italy.

Todisco is also a judge on the Vatican’s appeals court, and, early in Francis’s papacy, he acted as Apostolic Visitor in an investigation that ended in a crackdown on the Franciscan Friars of the Immaculate, an order devoted to the older rite of the Latin Mass. Salvatori heads a pious association of lawyers and judges in the Roman Curia called the Archisodalitium Curiae Romanae – his title is actually “primicerio” – and has published widely on the church’s matrimonial law.

Pisanello, 62, who holds degrees in both civil and canon law, is a former president of the Italian bishops’ commission for legal affairs. His predecessor in Oria was Cardinal Marcello Semeraro, currently Prefect of the Vatican’s Congregation for the Causes of Saints and formerly the trusted secretary Francis’s Commission of Cardinals. Semeraro is considered one of the pontiff’s closest allies and advisers, especially on matters Italian.

The bottom line is that the members of the new commission have considerable experience in canon law as it relates to marriage and annulment, and also appear to be the kind of churchmen inclined to do what the pope wants.

It’s instructive that Francis has never before established a special commission to ride herd on a national church, even one with which he’s had his problems. He hasn’t done so in Germany, for example, despite the fact that the German bishops have artfully played down Vatican warnings that their much ballyhooed “synodal path” risks appearing to put matters of Catholic doctrine, such as women priests or gay marriage, up for grabs.

Even in Chile, where Francis at one stage received the mass resignations of every bishop in the country due to an intense clerical abuse crisis, the pope hasn’t set up a special commission to oversee implementation of reforms in that area.

So why annulments, and why Italy?

On the former, concern for the pastoral situation of divorced and remarried Catholics was arguably the dominant theme of the first four years of Francis’s papacy – what Americans might call his “first term” – featuring two raucous Synods of Bishops on the family in 2014 and 2015, and then culminating in the 2016 document Amoris Laetitia.

In the period between the two synods, some observers thought that bishops uncomfortable with opening reception of communion to divorced and civilly remarried Catholics might propose a reform of the annulment system as a compromise measure. Instead, Francis took that issue off the table with Mitis Iudex, which came out in August 2015 just ahead of the synod’s second session.

In other words, this isn’t one concern among many for Francis, but a litmus test of the broader “pastor conversion” he’s trying to engineer. His patience for non-compliance is, therefore, apparently limited.

As for “why Italy?”, part of the answer, anyway, seems fairly obvious.

To begin with, any pope has a special relationship with Italy. It’s the only bishops’ conference in the world, for instance, where the pope directly appoints the president. As Primate of Italy, a pope is expected – indeed, some canonists might argue, obligated – to take a special interest in the state of the church on the peninsula. Moreover, Francis himself has Italian roots and knows the landscape well.

In addition, Francis also knows that in ecclesiastical culture, Italy matters. Not only does Italy have the world’s single largest body of bishops, but a vast share of non-Italian prelates have studied here, worked here, served on leadership teams of their religious order here, or just spent considerable time here on pilgrimage or vacation.

What happens in Italy, therefore, has enormous impact on the rest of the Catholic world. I vividly remember asking an American cardinal a couple decades ago what he planned to do about a new Vatican document, and he told me he’d put the same question to an Italian Prince of the Church. That figure, he said, had said he planned to toss it in the trash can, and the American told me, “If that’s good enough for Italy, it’s certainly good enough for me.”

Perhaps the final piece of the equation offers an insight into Francis’s personality.

Perhaps what this commission also reveals is that while Francis may not like ideological or political objections to his leadership – such as he’s getting from some prelates in Germany on the left, and some in the US on the right – he seems to be even more irritated by what strikes him as simple sloth.

Most Italian observers concede that the church here hasn’t fully succeeded in translating Mitis Iudex into reality, but it’s not really about ideological backlash. It’s just that the infrastructure of the Italian church is slow, unwieldy, and, like bureaucratic systems everywhere, prefers inertia to action. It’s not like most Italian bishops are opposed to annulment reform on principle — if anything, the fewer headaches they have to face on that front, the happier most of them probably would be.

Pope Francis might be willing to abide a certain degree of principled dissent, but he’s apparently less inclined to put up with ecclesiastical entropy – especially here in Italy, where, by God, he can do something about it.