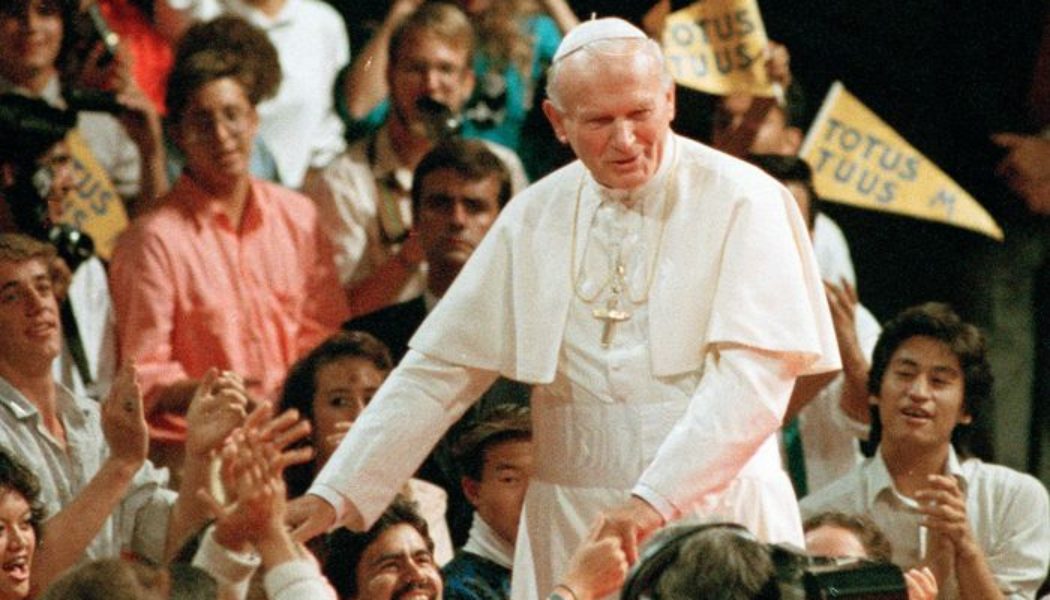 U.S. Catholic bishops elected conservative leaders last month, continuing to resist a push from Pope Francis to put social issues such as climate change and poverty on par with the bishops’ declared priority of opposing abortion.

The U.S. hierarchy’s orientation reflects the wider trend of an American clergy with values at odds with those of an increasingly liberal laity and a pope who has encouraged the questioning of once-taboo subjects and leniency on some teachings of sexual morality.

A spokeswoman for the U.S. Conference of Catholic Bishops declined to comment.

Research on Catholic clergy by the Austin Institute has found that younger Catholic priests and priests ordained in more recent years tend to be noticeably more conservative than older priests on a host of issues, including politics, theology and moral teaching. The Survey of American Catholic Priests has found that since the 1980s, successive cohorts of priests have grown more conservative, according to a 2021 summary report.

“People are looking for answers and stability,” said the Rev. Daniel Hess, who was ordained in 2011 and is dean of students at Mount St. Mary’s Seminary and School of Theology in Cincinnati. “There actually is a treasury of teachings and of truths and of deeply Catholic content that is part of our inheritance that was not even shown to us or known, and it’s sort of being rediscovered. So I think in some ways that leads to a certain traditionalism or conservative approach.”

While young priests hold on to tradition, Catholic laity have been moving in a more liberal direction. A 2021 survey for America magazine by the Center for Applied Research in the Apostolate at Georgetown University found that more than 52% supported the ordination of women as priests, 62% said priests should be allowed to bless same-sex relationships and only 38% were very or somewhat opposed to euthanasia or assisted suicide.

The contrast is even sharper between young priests and their lay contemporaries. Thirty-five percent of millennial Catholics have considered leaving the church because of its teaching on LGBT issues, the CARA survey found.

American priests’ gradual return to tradition started in response to the liberal ferment of the 1960s.

According to the Rev. Paul Sullins, a sociologist at Catholic University of America, church authorities in the U.S. became stricter about ensuring that new priests assented to church teachings following the widespread dissent from St. Paul VI’s 1968 encyclical Humanae Vitae, which reaffirmed the church’s traditional prohibition of contraception.

At the same time, thousands of American men left the priesthood in the 1970s to marry. “These were more liberal, on average, than the priests who stayed, thereby producing a more conservative priesthood by attrition,” Father Sullins said.

St. John Paul II, who was elected pope in 1978, tempered the modernizing changes that followed the Second Vatican Council of 1962-65 by reasserting traditional doctrine. He ordered investigations of U.S. seminaries, seeking to ensure orthodoxy in the curriculum.

John Paul also inspired a generation of young men to join the clergy, said Brad Vermurlen, a sociologist at the University of Texas at Austin who has studied the 2021 survey.

The Rev. Peter Hannah, a member of the Dominican order from California who was ordained in 2014, said that for many young clergy “John Paul II was a prophetic voice in the wilderness of modern secularism…an incredible inspiration and saint.”

Cardinal Robert McElroy of San Diego, a leading liberal among U.S. bishops, said Pope Benedict XVI’s warnings against what he called the “dictatorship of relativism” in modern culture inspired many priests ordained in the past decade and a half to preach a faith based on definitive truths.

The Rev. Benjamin Petty, who was ordained in 2019 and serves as campus chaplain at George Washington University in Washington, D.C., said, “Today’s society has this aggressive sense of nothing’s really true unless you make it up yourself.” He added, “So the church and her teaching and her consistency and moral voice is this place of stability, place of security, place of safety to receive something good and old.”

Catch up on the headlines, understand the news and make better decisions, free in your inbox every day.

According to the Rev. Ezra Sullivan, an American who was ordained in 2011 and teaches at the Pontifical University of Saint Thomas Aquinas in Rome, the youngest U.S. priests are a postmodern generation disillusioned with the ideas of progress and religious pluralism that found favor at Vatican II. Instead of focusing on interfaith dialogue for the sake of social justice, these priests are more likely to stress the reinforcement of Catholic identity and the winning of converts, said Father Sullivan, author of “Alter Christus,” a new book about the priesthood.

Such attitudes distinguish those priests from Pope Francis, views of whom vary sharply by age. Almost 80% of priests ordained before 1980 “approve strongly” of the current pontiff, compared with 20% of those ordained in 2010 or later, according to the 2021 survey. Nearly half of the younger priests disapprove of the pope, either “strongly” or “somewhat.”

“What is remarkable is that these men, who were indoctrinated into total loyalty to the pope, so easily dropped this loyalty when a new pope was elected,” said the Rev. Thomas Reese, author of “Inside the Vatican,” who was ordained in 1974. “Now they are only loyal to the pope if he agrees with them.”

Pope Francis has opened up discussion on topics previously deemed closed, including contraception, homosexuality and priestly celibacy. He has initiated a global synod, scheduled to end in 2024, in which clergy and laypeople have raised these questions among others. Cardinal McElroy, who was ordained a priest in 1980, said the pope’s willingness to allow for gray areas on highly contentious questions clashes with many younger priests’ concerns regarding relativism.

Father Hannah said the pope has made waves that unsettle many of his fellow priests. “There’s a desire for more clarity, more stability, while we still fully respect the office of the papacy,” he said.

Yet Cardinal McElroy said he doesn’t think that ideological differences with their priests are driving people to leave the church, even if they change their parish to find a more congenial pastor. Despite their conservatism, young clergy say they don’t emphasize such differences to their flocks.

What lies ahead for the Catholic church in the U.S. in coming years? Join the conversation below.

“I didn’t become a priest because I wanted to be a culture warrior,” Father Petty said. “I didn’t want to be like, ‘Oh, I’m going to get up in the pulpit and convince all these ’70s libs.’”

The Rev. Nathan Rueb, a priest in Kansas City, Mo., who was ordained in 2019, said, “I’m not going to tell you whom to vote for. ” Father Rueb supports the decision of the U.S. Conference of Catholic Bishops, opposed by a minority of liberals including Cardinal McElroy, to declare objection to abortion their pre-eminent priority.