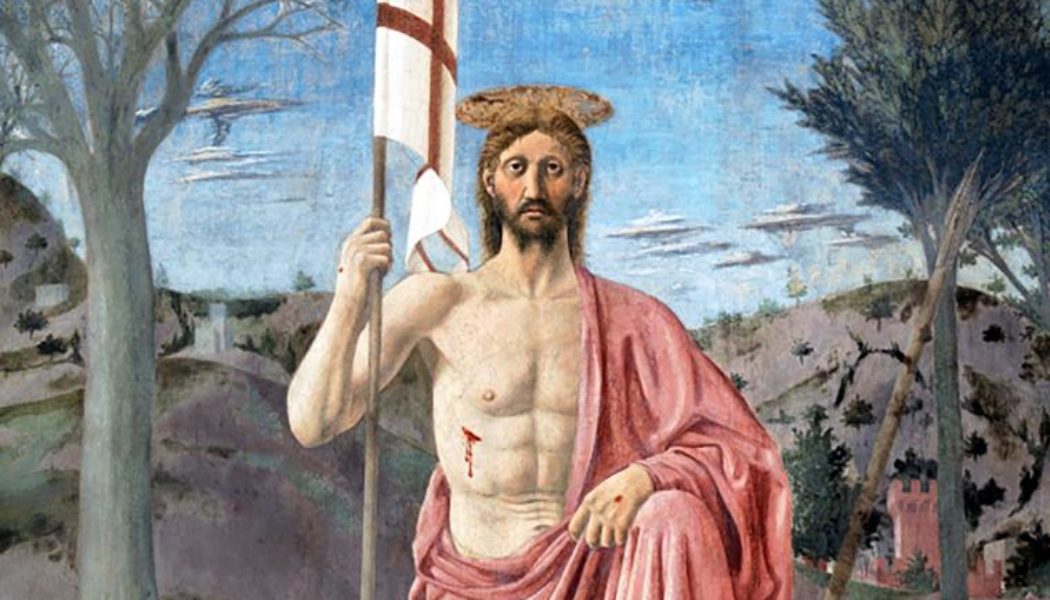 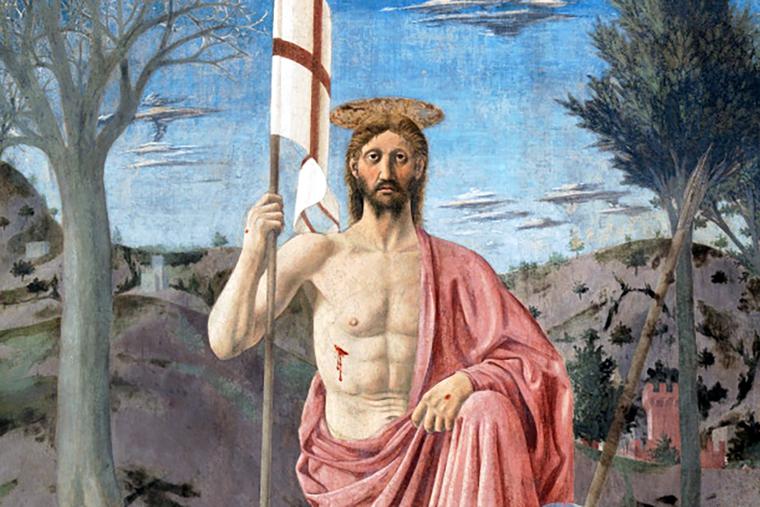 In St. Ignatius of Loyola’s Spiritual Exercises, the training manual of authentic Jesuit spirituality and the most influential retreat program in the history of the Church, the founder of the Society of Jesus has us meditate on “Two Standards” — two flags or military banners — under one of which we must choose to march and fight. One flag is Lucifer’s, the other Christ’s.

Lucifer offers a life of riches, worldly honor and pride, as a prelude to other vices. Christ promises, in respective contrast, spiritual poverty, being hated and humility, which induce to other virtues. St. Ignatius instructs us to make the meditation four times and to beg Our Lady to intercede with Jesus for the grace to be received under his standard and to live in communion with his virtues.

The purpose of the meditation is to help us to choose definitively whether we’re going to live by Christ’s principles or those of the world. It makes plain that worldly values and vices are popular, enticing and enslaving, and that the values and virtues of Christ are unpopular, intimidating and demanding. Yet those who seek to become disciples of the One who said, “Come, follow me,” are those who make the determined choice to stand and walk with Christ under his standard.

St. Ignatius’ summary of the Christian life and the way of the world — and the choice we have to make between the two — with the image of contrasting flags is a helpful and fitting backdrop to understand the recent decree of Bishop Robert McManus of Worcester, Massachusetts, to prohibit Nativity School of Worcester from identifying itself as a “Catholic” school and from having institutional access to Mass, sacraments and sacramentals.

Flags matter. They symbolize our values. And Catholic institutions have a duty to transmit authentically Catholic values. Bishop McManus’ decision came after Nativity School, despite an official warning and several interventions, refused to take down from its flagpole at the school’s entrance Gay Pride and Black Lives Matter flags that were flying under the Stars and Stripes.

Bishop McManus stated that “these symbols embody specific agendas or ideologies [that] contradict Catholic social and moral teaching.” The Gay Pride flag, he said, “represents support of gay marriage and actively living a LGBTQ+ lifestyle,” and while “the Catholic Church teaches that all life is sacred and … certainly stands unequivocally behind the phrase ‘black lives matter’ … the ‘Black Lives Matter’ movement has co-opted the phrase and promotes a platform that directly contradicts Catholic social teaching on the importance and role of the nuclear family and seeks to disrupt the family structure in clear opposition to the teachings of the Catholic Church. The flying of these flags in front of a Catholic school sends a mixed, confusing and scandalous message to the public about the Church’s stance on these important moral and social issues.”

In response, Thomas McKenney, the president of Nativity School of Worcester, said that the school started flying the two flags “following our students’ (the majority of whom are people of color) call to express support for making our communities more just and inclusive. … Both flags are now widely understood to celebrate the human dignity of our relatives, friends and neighbors who have faced, and continue to face, hate and discrimination. Though any symbol or flag can be co-opted by political groups or organizations, flying our flags is not an endorsement of any organization or ideology; they fly in support of marginalized people.”

Announcing that Nativity would defy the decree and appeal the decision to the Vatican, McKenney declared that “Nativity will continue to display the flags in question to give visible witness to the school’s solidarity with our students, families, and their communities,” stating that “Gospel values, Catholic Social Teaching, and our Jesuit heritage compels us to do so.”

McKenney essentially admitted that he is aware that the Gay Pride and Black Lives Matter flags have become symbols of movements that go far beyond justice, inclusivity and the defense of those who face hatred and discrimination. They have indeed been co-opted by political groups, organizations and movements that — as both gay leaders and the co-founder of Black Lives Matter Global Foundation have attested — push notions of human anthropology, sexuality, race and social harmony diametrically opposed to Catholic teaching.

In the introduction to his decree, Bishop McManus said that the diocese had attempted “to find alternatives to flying the Black Lives Matter and Gay Pride flags,” so that unambiguous Catholic teaching with regard to the dignity of every person regardless of race or sexual self-identification could be affirmed without recourse to highly ambiguous and politicized symbols. It doesn’t seem, however, that the school finds the coopted “mixed, confusing and scandalous” meanings a problem.

McKenney’s affirmation that continuing to fly the flags is “not an endorsement” of the other meanings is obviously not equivalent to saying the school shares Bishop McManus’ legitimate concerns. If a Catholic school below the Mason-Dixon line were flying a Confederate flag out of support for “southern values” while declaring it was not endorsing any organizations or ideologies that might “co-opt” the symbol, McKinney, likely every student at Nativity and doubtless the local bishop would recognize the insufficient justification and rightly object.

Nativity School of Worcester was founded in 2003 by Jesuits associated with the College of the Holy Cross to provide a tuition-free fifth-to-eighth-grade education to inner-city boys from families facing economic hardship. It is one of 64 such schools across the country, all of which follow a very successful model of low student/teacher ratio (Nativity Worcester has 61 students, 14 teachers and 10 staff), high academic standards and rigorous discipline, including mandatory after-school and summer programs. Over its history, Nativity Worcester has graduated 217 boys, and has been extraordinarily successful in getting its alumni into top high schools, seeing them graduate and head on to university, where most are first-generation college students. While not receiving any funds from the Diocese of Worcester, the school has been supported by it, with Bishop-Emeritus Daniel Reilly serving on its Board of Trustees and the diocese encouraging various Catholic donors to help it financially.

But its discipline and high standards unfortunately do not seem to extend to helping its students to grasp, in contrast to the spirit of the world, the full teaching of the Church with regard to racial, social, sexual morality or to appreciate the responsibility and authority of a Catholic bishop to ensure unequivocal fidelity to Catholic teaching in institutions claiming to be Catholic. An institution that prides itself on “Gospel values, Catholic Social Teaching, and … Jesuit heritage” has a particular responsibility to help students distinguish between the zeitgeist and the truth entrusted by Christ to his Church, and to set the example of choosing wisely and well the flag they will wave and underneath which they will live.

Saint Ignatius did not call his sons to stand under flags celebrating the sexual revolution and family disintegration, but with the Church under the standard of Christ. Bishop McManus has forthrightly made Nativity choose between waving the Pride and BLM flags or flying under the Catholic banner. Let’s pray, through the intercession of Our Lady and St. Ignatius, that Nativity’s leaders after further reflection will choose the latter and set an example that will lead students to, rather than away from, Christ and the way of the Gospel.