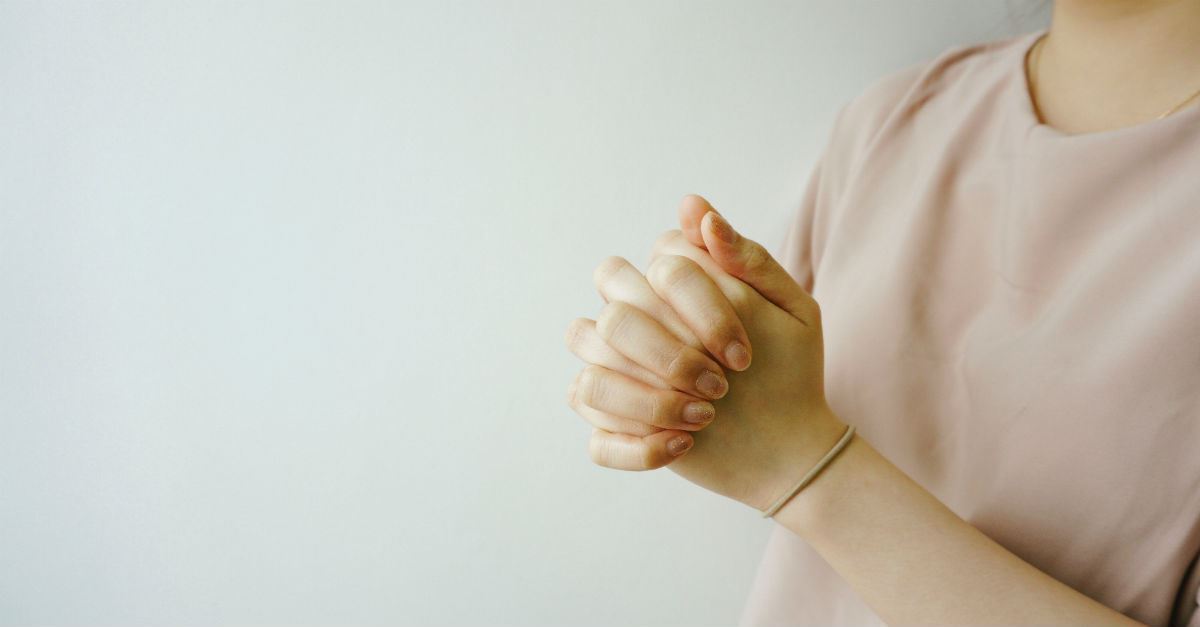 History, literature, and science tell many stories of heroic yet not always successful quests, struggles, and searches. The Bible also tells many stories of these quests.

Without question, the greatest quest is seeking God. Individuals, families, communities, and even nations have sought God different ways for various reasons. Throughout the Bible, we see people seeking God through prayer, sacrifices, and ultimately, through Jesus Christ.

4 Ways Men and Women Seek God in the Bible

1. Men and women have sought God by praying.

After their son, Cain, killed his brother and “went out from the LORD’s,” (Genesis 4:16), Matthew Henrysaid, “God gave Adam and Eve to see the revival of religion in their family.”

Adam and Eve’s grandson Enosh was born, and “at that time people began to call on the name of the LORD,” (Genesis 4:26).

Others before had sought God, but the communal religious worship and seeking God in prayer perhaps “had been neglected, and now were revived with more zeal and vigor,” as John Gill’s commentarysaid.

As always, anyone can pray to God. And, people pray with all kinds of motives. Many examples fill the pages of Scriptures—some very positive (such as Hannah’s prayer of praise, 1 Samuel 2:1-10), some very negative (such as the Pharisee’s self-righteous recitation,Luke 18:9-14), and some very surprising (such as wicked king Manasseh’s prayerof repentance).

2. Men and women have sought God by offering sacrifices.

After the Flood, Noah offered many sacrifices of thanksgiving to the Lord (Genesis 8:20), eliciting His approval and promises (8:21-22and 9:8-17), as well as His instructions for future animal sacrifices, with the assumption that some portions would be eaten by Noah’s family and descendants (9:1-4).

As always, anyone can seek God through religious means—with all kinds of motives—and sometimes with very dramatic results including on Mount Carmel. There the prophets of Baal failed to get their false god’s attention, but Elijah’s water-drenched sacrifice and the altar itself were consumed by God’s fiery reply!

3. Men and women have sought God by terrible means.

We only have to turn another page or two in the Bible to find the first huge example of people seeking to reach God by terrible means. And by huge, I’m talking the Tower of Babel (Genesis 11:1-9).

This was when the whole world had one language. In pride, they said to each other, “Come, let us build ourselves a city, with a tower that reaches to the heavens, so that we may make a name for ourselves; otherwise we will be scattered over the face of the whole earth,” (Genesis 11:4).

Did they really think they could reach into heaven? Talk about a desperate attempt to defy their Maker and disobey His mandate to fill the earth (Genesis 1:28). The Lord confused their common language and scattered them all over the earth. Their unfinished Tower of Babel was abandoned.

You would think such a disaster would make people think twice before seeking God by terrible means, but things only get worse – much worse.

4. Men and women have sought God by means of the cross.

When the disciples asked Jesus how to find the way to God and to heaven, he answered, “I am the way and the truth and the life. No one comes to the Father except through me” (John 14:6).

Everything from Genesis to Malachi points to God’s Son, Jesus Christ. Hundreds of prophecies point to His birth (Isaiah 9:6-7), His Gospel ministry in word and deed, His sacrificial death on a Cross (Isaiah 53:1-10), His physical resurrection from the dead, and His bodily return to heaven (Psalm 16:8-11).

John 3:16, says it best: “For God so loved the world that he gave his one and only Son, that whoever believes in him shall not perish but have eternal life.”

If Jesus had only said the word, the angels of heaven would have instantly rescued him from the pain of the cross. Instead, God’s Son willingly, deliberately fulfilled God’s rescue plan by dying on the cross for the world’s sin, all so that ��whoever believes in him shall not perish but have eternal life.”

The greatest quest is seeking God here and now—and for eternity. Have you found that to be true yet in your own life and experience?

1. Before creation, God decided to seek worshipers who in turn would seek Him, humble themselves, acknowledge and confess and repent of their sins, seek His forgiveness, actively obey His commands, and love Him with all their heart, soul, strength, and mind.

2. The ancient Israelites would seek God by going to the Tabernacle—and later the Temple in Jerusalem—to confess their sins, offer sacrifices, pray, and then feast together as a family, often with invited guests.

3. To seek God wholeheartedly is to seek His face. Seek God, not anyone or anything else, for full forgiveness, favor, approval, presence, protection, and other blessings.

4. It’s important to seek God wholeheartedly, not only for ourselves, but also for His blessing on our community, city, and nation.

5. Jesus linked seeking God with seeking His kingdom purposes and His will to be done here on earth, all for His glory.

6. Jesus taught that seeking God isn’t something we try once or twice. Instead, it requires commitment, diligence, endurance, and perseverance. While we need to seek God for salvation only once, we need to keep seeking Him daily for the rest of our lives.

7. Jesus is standing at the door of your heart. He’s knocking. He wants to come in to celebrate and feast with you (Revelation 3:20). Will you let Him in? If so, why not tell Him right now? In prayer, simply say “Yes!”

David Sanford coaches leaders passionate about demonstrating the relevance of Jesus Christ in every major sphere of life. His book and Bible projects have been published by Zondervan, Tyndale, Thomas Nelson, Doubleday, and Amazon. His speaking engagements have ranged everywhere from UC Berkeley (California) to The Billy Graham Center at the Cove (North Carolina).