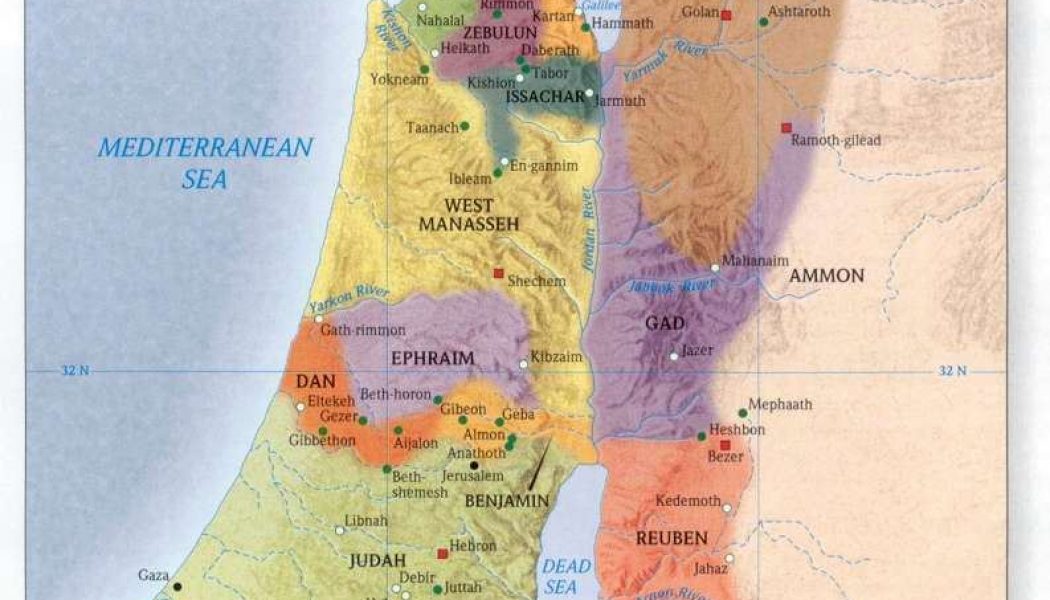 The Cities of Refuge were six cities allocated to the Levite tribe in the Old Testament that provided asylum for perpetrators of unintentional manslaughter. Divinely appointed and subject to Mosaic Law, the cities offered offenders refuge and protection from retribution of the avenging family until their case went to trial.

What is the origin of the Cities of Refuge?

The establishment of the Cities of Refuge originated during the territorial distribution of the Promised Land of Canaan amongst the 12 tribes of Israel.

The Levites were the only tribe who had been appointed by God to serve Him as His priests. They were also divinely assigned as the caretakers and overseers of the tabernacle, its rites, and its furnishings (Numbers 18). As God had declared these duties to be their inheritance, the Levites were not allocated territories (Numbers 18:20), (Deuteronomy 18:1-2).

Nevertheless, the entire nation was responsible for the subsistence of the Levites. This meant that the remaining 11 tribes were required to appropriate a total of 48 cities and pasture lands for the Levites to use for dwelling and living purposes (Numbers 35:1-5). Of these cities, six were designated as the Cities of Refuge (Joshua 20:7-8).

Not only did the Levites establish and maintain these cities, they also presided as the judicial authorities over them. Thus, God also intended the Levites to be teachers of His laws (Deuteronomy 33:10). As mediators between the Israelites and God, the Levities were gifted in their ability to parley between the offender and the family of the victim in order to prevent further bloodshed.

Names and tribal territories of the Cities of Refuge

The following are the names of the six Cities of Refuge as well as the tribal territories they were found in:

Where were the Cities of Refuge?

The cities were strategically placed, in order that they could be easily reached within one day of travel or less (Joshua 20:9). The Cities of Refuge also offered asylum to foreigners.

The roads leading to the six cities were well maintained in order to ensure a smooth passage for fugitives. Additionally, clearly marked signposts were found at crossroads which read Miklat meaning “Refuge.” 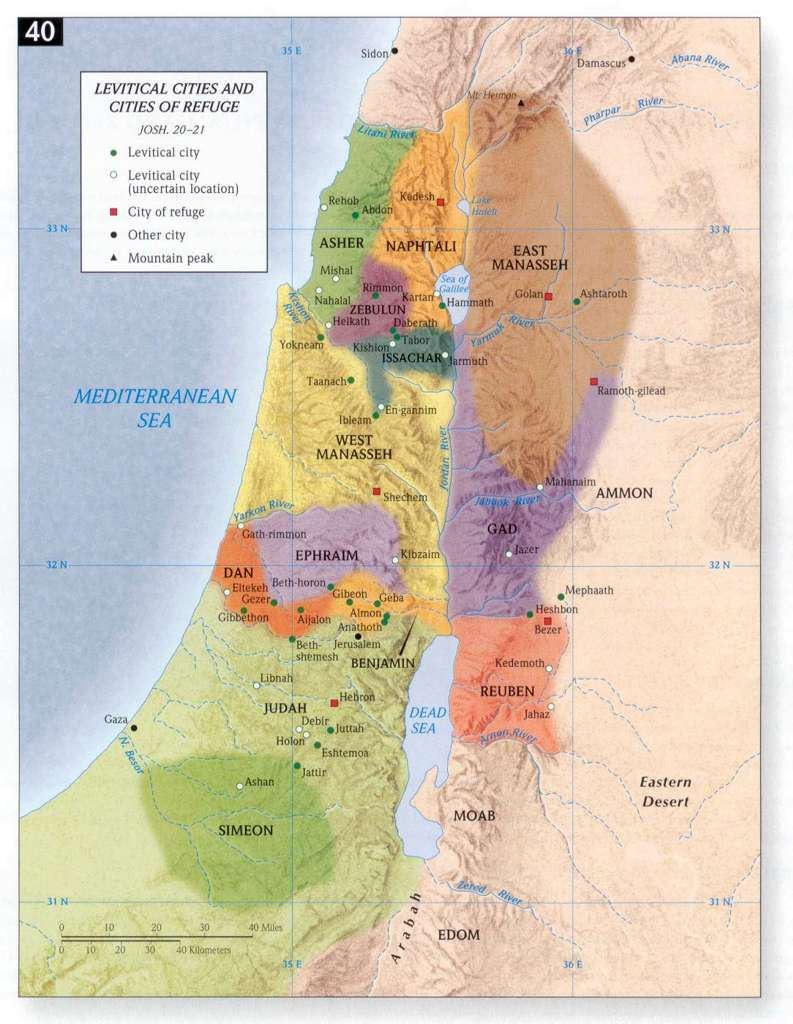 Why were the Cities of Refuge established?

Under Mosaic law, murder was punishable by death (Exodus 21:14). This was a decree given by God since the time of Noah (Genesis 9:6) and was one of the 10 Commandments that Moses was instructed to give to the Israelites (Exodus 20:1-17).

The Mosaic Law was established at a time when the nation of Israel was transitioning from a nomadic folk adhering to tribal laws to a community abiding by civil jurisdiction, which included trials and the ruling of judges.

In order to keep His people safe from injustice, God required of Moses that the Levites should keep six cities out of the 48 they had been allocated as places of asylum for those who had been accused of manslaughter, that they may be legally protected from those wishing to avenge them until they could come to trial (Numbers 35: 22-25).

After Joshua crossed into Canaan with the Israelites, God passed on His instructions to set up the Cities of Refuge to him (Joshua 20).

How did the Cities of Refuge protect people?

In Joshua 20, God gave Joshua specific instructions for the Israelites to follow in how the Cities of Refuge should function.

When a situation arose where an individual unintentionally killed someone, the perpetrator was to flee to one of the six Cities of Refuge. Once arrived, they were to stand in front of the gate and plead their case to the elders of the city, who were required to admit the fugitive inside their gates and offer them asylum.

If an individual was to approach the gates of the city and demand blood justice from an offender that was being protected inside, the elders were not allowed to surrender the person in question into the avenger’s hands.

The fugitive was required to live within the walls of the city until they came to trial before the gathered assembly. If the High Priest ruled in favor of the fugitive, he was allowed to continue living in the city until the death of the said priest who had acquitted him, died. After that, the offender was free to return to his own home.

If the offender left the protection of the city before the death of the High Priest, then the one who sought vengeance had the right to kill him without being guilty of murder (Numbers 35:26-27).

Is there a modern equivalent of the Cities of Refuge for us today?

The Cities of Refuge can be viewed as a foreshadow of God’s plan for our salvation through Jesus Christ.

Through the shedding of His blood, Jesus offers us protection from eternal death and separation from God if we confess our sins and take refuge in Him (Hebrews 6:18). He is our High Priest who acquits us from the condemnation of the law (Psalm 34:22).

GotQuestions.org, “What were the Cities of Refuge in the Old Testament?”

Bible Study, “The Cities of Refuge.”

Bible Hub, “The portion of the tribe of Levite.”

Bible Hub, “The Levites to be distributed in certain cities throughout the whole land.”

Compelling Truth, “What were the Cities of Refuge in the Old Testament?”

Christianity.com, “Jesus and the Cities of Refuge?”, John Barnett.