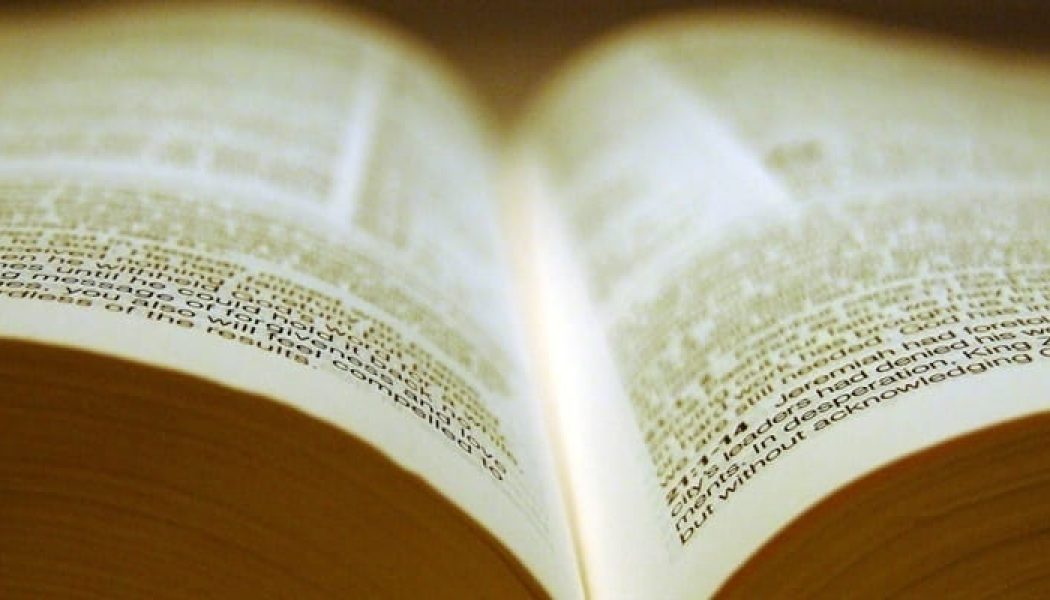 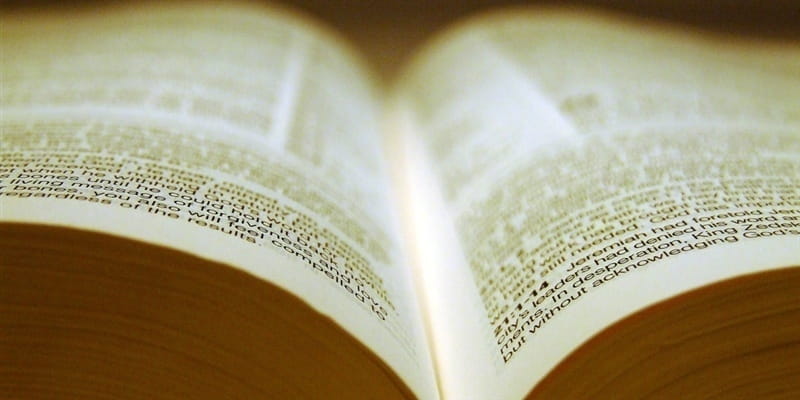 Just about everyone wants to know how the sixty-six books got chosen to be in the Bible. Why these sixty-six? Why not a few more (or a few less)? Why these books and not others?

In Persecution in the Early Church Herbert Workman tells the story of a Christian who was brought before the Roman governor of Sicily during the last great persecution of the church. His crime? Possessing a copy of the Gospels.

The governor asked, “Where did these come from? Did you bring them from your home?”

The believer replied, “I have no home, as my Lord Jesus knows.”

The governor asked his prisoner to read a portion of the Gospels. He chose a portion of Jesus’ Sermon on the Mount: “Blessed are those who are persecuted because of righteousness, for theirs is the kingdom of heaven.” Next he read from Luke: “If anyone would come after me, he must deny himself and take up his cross daily and follow me.”

At this, the judge ordered the prisoner taken away—to his death.

Under Roman law new religions were illegal. In its first few decades Christianity was seen as a sect within Judaism. Once it was determined that Christianity was a separate religion, it became illegal to identify as a Christian. So, for the first three centuries of what we now call the Christian Era, it was a crime to be Christian. Persecutions sprang up throughout various parts of the empire. Believers were tortured and sometimes martyred for their faith. In 303, Emperor Diocletian ordered the confiscation of Christian property and churches, and the burning of Scriptures. Believers and their Book had become so inseparable that the way to eliminate Christianity was to eliminate the Bible.

How the Bible Came Together

Who decided what went into the Bible? The short answer to that question is no one. Or maybe a better answer is God did. When scholars talk about how a book qualified to be called Scripture, they list five characteristics called the laws of canonicity. But these characteristics are recognized in hindsight; they weren’t developed by a particular group at a particular time in history.

After his resurrection Jesus commissioned his followers to go and make disciples, and they did. They devoted themselves to sharing the Christ’s good news, enfolding people into local churches and teaching them to obey all that Jesus had commanded.

These Jewish believers already had Scripture. Around Palestine the Jewish Scripture is exactly what Protestants today call the Old Testament. Jesus referred to these books when he spoke of the Law of Moses, the Prophets and the Psalms (Luke 24:44).

Outside the Holy Land some Jews included twelve to fifteen other books as part of Scripture. The Septuagint, which was translated in Egypt, contains books that we now call the Apocrypha. (Apocrypha means “those hidden away.”) Early Christians differed over whether these extra books should be considered Scripture or not. Those nearest Palestine tended to exclude them. Those closer to Rome tended to include them.

Wherever Christianity spread, Christians gathered for worship and instruction. In keeping with the customs of the Jewish synagogue, a portion of Old Testament Scripture would be read and explained. Meanwhile, the apostles, along with other evangelists and teachers, traveled from place to place to plant churches and encourage believers. When one of these recognized leaders was in town, he was invited to speak during the service.

As need arose, the apostles wrote letters to various churches. When a letter arrived, it was read with great excitement in the worship service. Often the letter would be copied and shared with neighboring churches, who, in turn, would share it with still other churches. Naturally, the more inspiring letters were copied and shared more often.

On the day called the Day of the Sun all who live in cities or in the country gather together to one place, and the memoirs of the apostles or the writings of the prophets are read, as long as time permits; then, when the reader has ceased, the president verbally instructs, and exhorts to the imitation of these good things. Then all rise together and pray.

By this early date, “the memoirs of the apostles” were considered as important to the teaching of the church as the writings of the prophets.

Marcion and Montanus. About ten years earlier a wealthy ship owner named Marcion sailed from his home near the Black Sea to the capital city of Rome. Marcion believed that the God of the Old Testament was different than the God of the New Testament. The former was distant and loved justice, while the latter was loving and emphasized grace.

Marcion rejected the Old Testament, along with any writings that might reinforce views other than his own. He developed a list of books he considered acceptable: portions of the Gospel of Luke, ten of Paul’s letters, plus a letter purportedly from Paul to the Alexandrians. This list is known as the Marcion Canon.

The church had to respond to this. Though nothing had been officially written down, decided or proclaimed, most Christians had a sense of what was Scripture and what wasn’t.

Between A.D. 156 and 172, a second provocateur appeared on the scene. His name was Montanus. Montanus was accompanied by two prophetesses, Prisca and Maximilla. “The Three” spoke in ecstatic visions and encouraged their followers to fast and pray, calling the church to a higher standard of righteousness and zeal. If that was as far as their teaching went, they would have been an asset. But their message included what they called “new prophecy,” which pushed Christ and the apostolic message into the background. The age of Jesus was being superseded by the age of the Holy Spirit, and Montanus was its spokesman.

Was Montanus truly bringing a new prophecy with new authority? Prophecy more authoritative than Jesus and the apostles? This question prompted the church to respond a second time.

In A.D. 144, the church of Rome excommunicated Marcion and continued the sifting process on what was Scripture and what wasn’t. The Montanus controversy pushed the church to ask further questions of their Scriptures. Specifically, was God bringing further revelation? Could that revelation be true if it contradicted things taught by Jesus and the apostles? Could new truth change or add to the basic teachings the church had been feeding on for the past century? The answer was no. From this the church concluded that the canon of Scripture was closed.

Spurred by these dilemmas the church developed its list of canonical books. The following are guidelines for accepting a book into the New Testament:

1. Was the book written by a prophet of God?

2. Was the writer confirmed by acts of God?

3. Does the message tell the truth about God?

4. Did it come with the power of God?

5. Was it accepted by God’s people?

Turn to a Bible’s table of contents and you’ll see that each of the books was written by either a prophet or apostle (Ephesians 2:20), or by someone with a direct relationship to one.

Miracles were the means by which God confirmed the authority of his spokesmen. In Exodus 4, Moses was given miraculous powers to confirm his call. In 2 Corinthians 12:12, Paul teaches that the mark of an apostle is “signs, wonders and miracles.”

Truth cannot contradict itself, so agreement with the other books of Scripture was only logical. As was historical accuracy. If the facts of a book were inaccurate, it couldn’t have been from God.

The inner witness of the Spirit was equally important. A key question these early Christians asked was, When we read this, is there an inner sense from God that what is written is right and true?

Initial acceptance by people to whom the work was addressed was crucial. What was the original audience’s sense? Did they accept the book as an authoritative word from God? Daniel, who lived within a few years of Jeremiah, called Jeremiah’s book “Scripture” in Daniel 9:2. Paul called the Gospel of Luke “Scripture” in 1 Timothy 5:18. Peter affirmed that Paul’s letters were “Scripture” in 2 Peter 3:16.

The Muratorian Fragment. Even before Marcion and Montanus, the church was aware of these important criteria. In A.D. 96, Clement of Rome wrote “The apostles were made evangelists to us by the Lord Christ; Jesus Christ was sent by God. Thus Christ is from God and the apostles from Christ. . . . The Church is built on them as a foundation” (1 Clement 42).

After Marcion and Montanus, lists of New Testament books begin to appear. One of the first was The Muratorian Fragment. It was discovered among the Vatican’s sacred documents by historian Ludovico Antonio Muratori in 1740 and dates to about A.D. 190. The fragment is damaged. The portion we possess begins with “the third book of the Gospel is that according to Luke.” We assume the first and second Gospels to be Matthew and Mark. The fragment lists John, Acts, all of Paul’s letters, James, 1-2 John, Jude and the Revelation of John. It also includes the Revelation of Peter, the Wisdom of Solomon and (“to be used in private, but not public worship”) the Shepherd of Hermas.

Eusebius. By the early third century only a handful of books that we now call our New Testament were in question. In western regions of the empire, the book of Hebrews faced opposition, and in the east Revelation was unpopular. Eusebius, a church historian of the fourth century, records that James, 2 Peter, 2-3 John and Jude were the only books “spoken against” (though recognized by others).

Athanasius. In 367, Athanasius, the bishop of Alexandria, wrote an Easter letter that contained all twenty-seven books of our present New Testament. In 393 the Synod of Hippo affirmed our current New Testament, and in 397 the Council of Carthage published the same list.

Who Decided What Belongs in the Canon?

Theologians are careful to note that the church didn’t develop the canon, God did that by inspiring its writing and superintending each book’s preservation. The church recognized the canon by experience and mutual agreement.

1. What is “the prophetic message as something completely reliable”?

2. What are we supposed to do with “the prophetic message”?

3. Where did the prophecies of Scripture come from?

4. What does chapter three of The Bible Questions make you want to do? 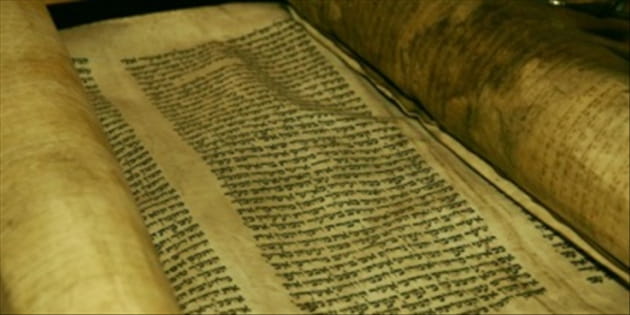