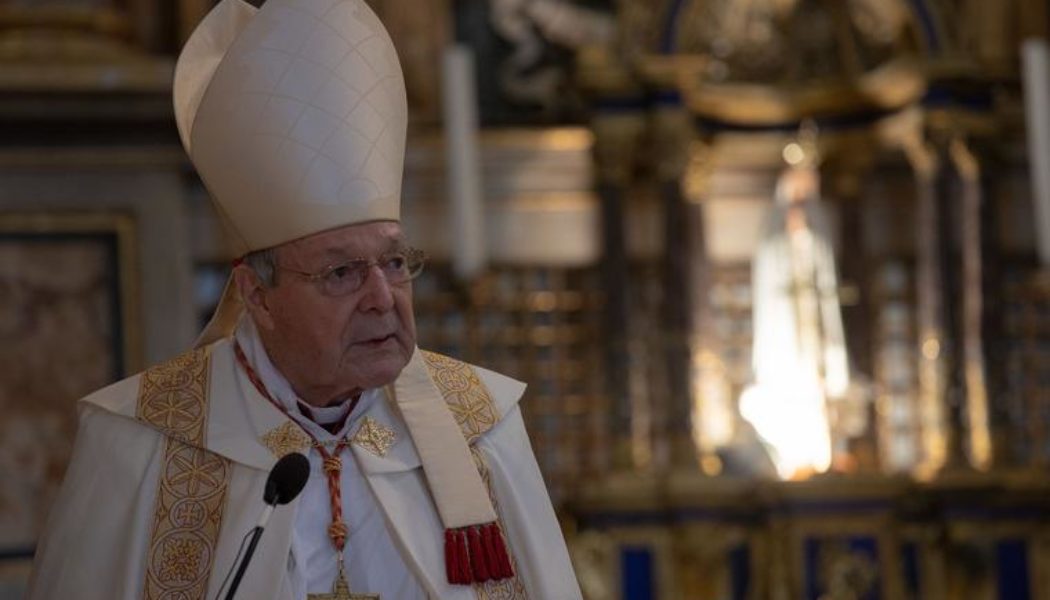 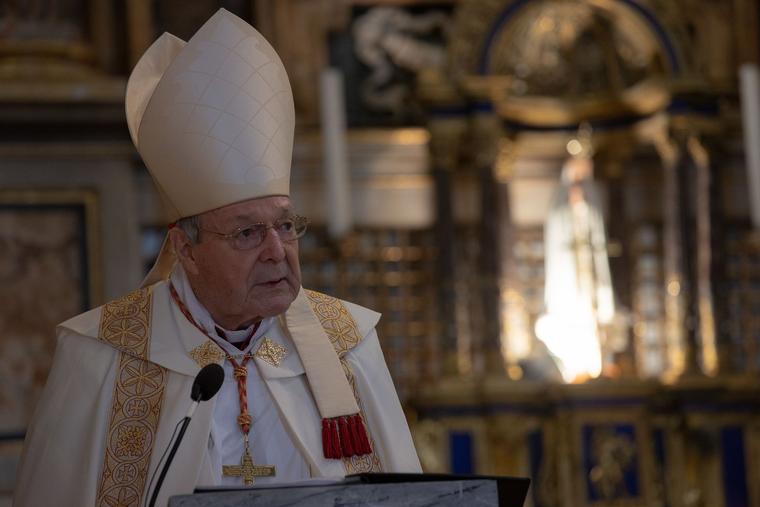 COMMENTARY: In his last years of life, the Australian prelate became one of the universal Church’s most prominent champions for doctrinal orthodoxy, a mantle others will need to carry forward following his departure.

Immediate reflections following the shocking death of Cardinal George Pell have focused on the Australian prelate’s heroic endurance of false accusations of sexual abuse. And rightfully so.

Cardinal Pell’s fortitude in the face of such ideologically motivated injustices, which included 404 days of solitary confinement in a Melbourne prison cell before the charges were quashed by the Australian High Court in April 2020, were an inspiration to Catholics across the world, a compelling example of faithfully enduring the kind of persecution that Christ foretold those who follow him would face.

But far less attention has been given to the significant role Cardinal Pell took up after his post-exoneration return to Rome in 2020 — a role that makes his passing at this moment in the life of the Church all the more significant.

An outspoken and public advocate for doctrinal orthodoxy going back to his days as a bishop in Australia, Cardinal Pell’s profile took on new stature following his exoneration. The trials he endured, recounted in his published Prison Journal, raised his status beyond defender of the faith to a witness to it, communicating the truth of the Gospel not only through what he was willing to say, but he was willing to suffer. It has even been reported that the late Benedict XVI enjoyed having passages of Cardinal Pell’s Journal read to him in his final years.

Furthermore, although officially retired, the Australian cardinal’s activity didn’t cease upon his return to Rome. Freed from official ecclesial responsibilities as the prefect for the Secretariat of the Economy and as one of Pope Francis’ hand-picked “council of cardinal” advisers, Cardinal Pell showed a willingness to speak out about threats to orthodoxy within the Church with more vigor and universality than ever before.

He was one of the first cardinals to sign onto a fraternal letter of correction from the world’s bishops to the German episcopacy over the potentially schismatic Synodal Way, describing the bishops’ push there for women’s ordination and the blessing of same-sex sexual relations as “an explicit disavowal and rejection Christian teaching.” Cardinal Pell publicly called upon the Dicastery for the Doctrine of the Faith to intervene in the matter, a theme he reiterated after two prominent European clerics, Cardinal Jean-Claude Hollerich of Luxembourg and the German bishops’ conference president, Bishop Georg Bätzing, made public comments amounting to a “wholesale and explicit rejection” of the Church’s teaching on sexual ethics.

“As successors of the apostles, we’ve got something of a duty to bear witness to the truth,” Cardinal Pell told the Register at the time regarding his intervention.

Cardinal Pell also didn’t hesitate to take to the printed pages to provide his own assessment of the doctrinal crises plaguing the Church. In September 2022, he wrote for First Things that efforts to “update” Church teaching on sexuality to more neatly coalesce with modern sensibilities, evident in the German Synodal Way but also in the Belgian bishops’ “blessing” of same-sex sexual arrangements, amounted to a “rejection” of Vatican II’s Dei Verbum and the unchanging truth of Scripture and Tradition. The next month, as part of the Register’s symposium on the 60th anniversary of the opening of the Second Vatican Council, Cardinal Pell wrote that the German Synodal Way had betrayed Gaudium et Spes’ call to faithfully scrutinize the “signs of the times,” interpreting them according to the spirit of the world instead of in “the light of the Gospel.”

In the final chapter of his life, Cardinal Pell was not only a voice for these kinds of doctrinal commitments, but was seen by many as a kind of rallying point or even a “party whip” for other Church leaders who shared them. As John Allen Jr. observed in his remembrance of Cardinal Pell, while Benedict XVI may have been the “Thinker-in-Chief” for this ecclesial crowd, Cardinal Pell, a “born battler,” was its “field general.”

For this reason, it’s worth considering what kind of role Cardinal Pell would have continued to play at this moment in the life of the Church — and the vacuum that will need to be filled in his absence.

Despite the fact that he had already passed the age limit for voting in a papal conclave, some believed that Cardinal Pell was poised to play an influential role in the selection of Pope Francis’ successor if the current pope were to resign or die. His endorsement would certainly have carried weight and could have played the role of indicating a “consensus candidate” for cardinals who shared his doctrinal commitments and concerns. His involvement as a widely recognized figurehead for a certain ecclesial and theological vision may have been especially valuable at a time when opportunities for members of the College of Cardinals, which has been significantly remade under Pope Francis, to meet have been few and far between.

In fact, Cardinal Pell had already begun to share his ideas regarding the next pope with his fellow cardinals. Just today, Vatican insider Sandro Magister revealed that Cardinal Pell had been the author of the “Demos memorandum,” a document that was circulated among the College of Cardinals in March 2022. Writing under the pseudonym Demos, which means “the people” in Greek, Cardinal Pell detailed what he viewed as the failures of current Vatican leadership and laid out the criteria he thought the next conclave should prioritize.

“The first tasks of the new pope will be to restore normality, restore doctrinal clarity in faith and morals, restore a proper respect for the law, and ensure that the first criterion for the nomination of bishops is acceptance of the apostolic tradition,” Cardinal Pell had written in the memo, originally published on Magister’s website, Settimo Cielo.

With Cardinal Pell’s passing, it’s not clear who, if anyone, can play a similar role of rallying cardinals who hew to the “hermeneutic of continuity” understanding of doctrine and development around a consensus candidate in the event of a conclave. Cardinal Pell’s post-2020 standing as a widely known and respected champion of doctrinal orthodoxy may simply not be replaceable.

Nonetheless, the Australian prelate will continue to inspire the Church and those who shared his vision through, God-willing, heavenly intercession, but also through the compelling witness he leaves behind; during his maltreatment at the hands of the Australian legal system, yes, but also in his last years of life, as an increasingly prophetic voice for those committed to safeguarding the apostolic faith and handing it on in continuity to future generations.

In what was possibly his last public interview before his death, Cardinal Pell told the hosts of EWTN’s onsite coverage of Pope Benedict XVI’s funeral Mass, “What is really important, of course, is that the legacy of John Paul the Great and Benedict survives and thrives.”

As one of those hosts, Register contributor Father Roger Landry put it on Twitter last night, “We also pray that others will continue the hard work of Cardinal Pell to make sure [John Paul II’s] and [Benedict XVI’s] legacy in service to Christ and his Church does survive.”

Cardinal Pell has carried the mantle this far. Time will tell who steps up to carry it forward.