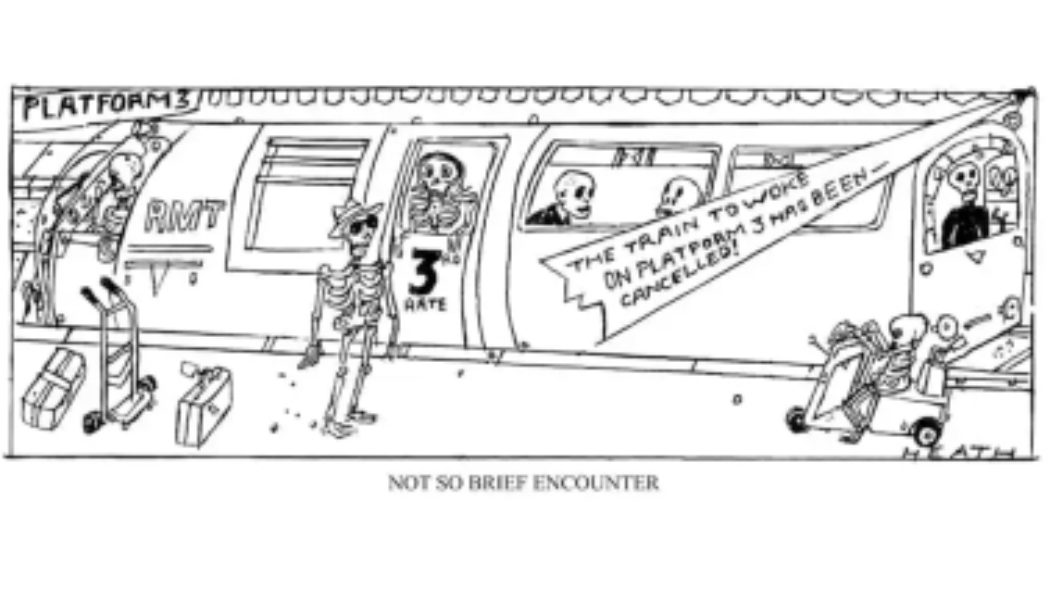 Shortly before he died on Tuesday, Cardinal George Pell wrote the following article for The Spectator in which he denounced the Vatican’s plans for its forthcoming ‘Synod on Synodality’ as a ‘toxic nightmare’. The booklet produced by the Synod, to be held in two sessions this year and next year, is ‘one of the most incoherent documents ever sent out from Rome’, says Pell. Not only is it ‘couched in neo-Marxist jargon’, but it is ‘hostile to the apostolic tradition’ and ignores such fundamental Christian tenets as belief in divine judgment, heaven and hell.

The Australian-born cardinal, who endured the terrible ordeal of imprisonment in his home country on fake charges of sex abuse before being acquitted, was nothing if not courageous. He did not know that he was about to die when he wrote this piece; he was prepared to face the fury of Pope Francis and the organisers when it was published. As it is, his sudden death may add extra force to his words when the synod meets this October.

The Catholic Synod of Bishops is now busy constructing what they think of as ‘God’s dream’ of synodality. Unfortunately this divine dream has developed into a toxic nightmare despite the bishops’ professed good intentions.

They have produced a 45-page booklet which presents its account of the discussions of the first stage of ‘listening and discernment’, held in many parts of the world, and it is one of the most incoherent documents ever sent out from Rome.

While we thank God that Catholic numbers around the globe, especially in Africa and Asia are increasing, the picture is radically different in Latin America with losses to the Protestants as well as the secularists.

With no sense of irony, the document is entitled ‘Enlarge the Space of Your Tent’, and the aim of doing so is to accommodate, not the newly baptised —those who have answered the call to repent and believe — but anyone who might be interested enough to listen. Participants are urged to be welcoming and radically inclusive: ‘No one is excluded’.

Everything in Britain is broken

The document does not urge even the Catholic participants to make disciples of all nations (Matthew 28:16-20), much less to preach the Saviour in season and out of season (2 Timothy 4:2).

The first task for everyone and especially the teachers, is to listen in the Spirit. According to this recent update of the good news, ‘synodality’ as a way of being for the Church is not to be defined, but just to be lived. It revolves around five creative tensions, starting from radical inclusion and moving towards mission in a participatory style, practicing ‘co-responsibility with other believers and people of good will’. Difficulties are acknowledged, such as war, genocide and the gap between clergy and laity, but all can be sustained, say the Bishops, by a lively spirituality.

The image of the Church as an expanding tent with the Lord at its centre comes from Isaiah, and the point of it is to emphasise that this expanding tent is a place where people are heard and not judged, not excluded.

So we read that the people of God need new strategies; not quarrels and clashes but dialogue, where the distinction between believers and unbelievers is rejected. The people of God must actually listen, it insists, to the cry of the poor and of the earth.

Because of differences of opinion on abortion, contraception, the ordination of women to the priesthood and homosexual activity, some felt that no definitive positions on these issues can be established or proposed. This is also true of polygamy, and divorce and remarriage.

However the document is clear on the special problem of the inferior position of women and the dangers of clericalism, although the positive contribution of many priests is acknowledged.

What is one to make of this potpourri, this outpouring of New Age good will? It is not a summary of Catholic faith or New Testament teaching. It is incomplete, hostile in significant ways to the apostolic tradition and nowhere acknowledges the New Testament as the Word of God, normative for all teaching on faith and morals. The Old Testament is ignored, patriarchy rejected and the Mosaic Law, including the Ten Commandments, is not acknowledged.

Two points can be made initially. The two final synods in Rome in 2023 and ’24 will need to clarify their teaching on moral matters, as the Relator (chief writer and manager) Cardinal Jean-Claude Hollerich has publicly rejected the basic teachings of the Church on sexuality, on the grounds that they contradict modern science. In normal times this would have meant that his continuing as Relator was inappropriate, indeed impossible.

The synods have to choose whether they are servants and defenders of the apostolic tradition on faith and morals, or whether their discernment compels them to assert their sovereignty over Catholic teaching. They must decide whether basic teachings on things like priesthood and morality can be parked in a pluralist limbo where some choose to redefine sins downwards and most agree to differ respectfully.

Outside the synod, discipline is loosening – especially in Northern Europe, where a few bishops have not been rebuked, even after asserting a bishop’s right to dissent; a de facto pluralism already exists more widely in some parishes and religious orders on things like blessing homosexual activity.

Diocesan bishops are the successors of the apostles, the chief teacher in each diocese and the focus of local unity for their people and of universal unity around the Pope, the successor of Peter. Since the time of St Irenaeus of Lyon, the bishop is also the guarantor of continuing fidelity to Christ’s teaching, the apostolic tradition. They are governors and sometimes judges, as well as teachers and sacramental celebrants, and are not just wall flowers or rubber stamps.

‘Enlarge the Tent’ is alive to the failings of bishops, who sometimes do not listen, have autocratic tendencies and can be clericalist and individualist. There are signs of hope, of effective leadership and cooperation, but the document opines that pyramid models of authority should be destroyed and the only genuine authority comes from love and service. Baptismal dignity is to be emphasised, not ministerial ordination and governance styles should be less hierarchical and more circular and participative.

The main actors in all Catholic synods (and councils) and in all Orthodox synods have been the bishops. In a gentle, cooperative way this should be asserted and put into practice at the continental synods so that pastoral initiatives remain within the limits of sound doctrine. Bishops are not there simply to validate due process and offer a ‘nihil obstat’ to what they have observed.

None of the synod’s participants, lay, religious, priest or bishop are well served by the synod ruling that voting is not allowed and propositions cannot be proposed. To pass on only the organising committee’s views to the Holy Father for him to do as he decides is an abuse of synodality, a sidelining of the bishops, which is unjustified by scripture or tradition. It is not due process and is liable to manipulation.

By an enormous margin, regularly worshipping Catholics everywhere do not endorse the present synod findings. Neither is there much enthusiasm at senior Church levels. Continued meetings of this sort deepen divisions and a knowing few can exploit the muddle and good will. The ex-Anglicans among us are right to identify the deepening confusion, the attack on traditional morals and the insertion into the dialogue of neo-Marxist jargon about exclusion, alienation, identity, marginalisation, the voiceless, LGBTQ as well as the displacement of Christian notions of forgiveness, sin, sacrifice, healing, redemption. Why the silence on the afterlife of reward or punishment, on the four last things; death and judgement, heaven and hell?

So far the synodal way has neglected, indeed downgraded the Transcendent, covered up the centrality of Christ with appeals to the Holy Spirit and encouraged resentment, especially among participants.

Working documents are not part of the magisterium. They are one basis for discussion; to be judged by the whole people of God and especially by the bishops with and under the Pope. This working document needs radical changes. The bishops must realise that there is work to be done, in God’s name, sooner rather than later.