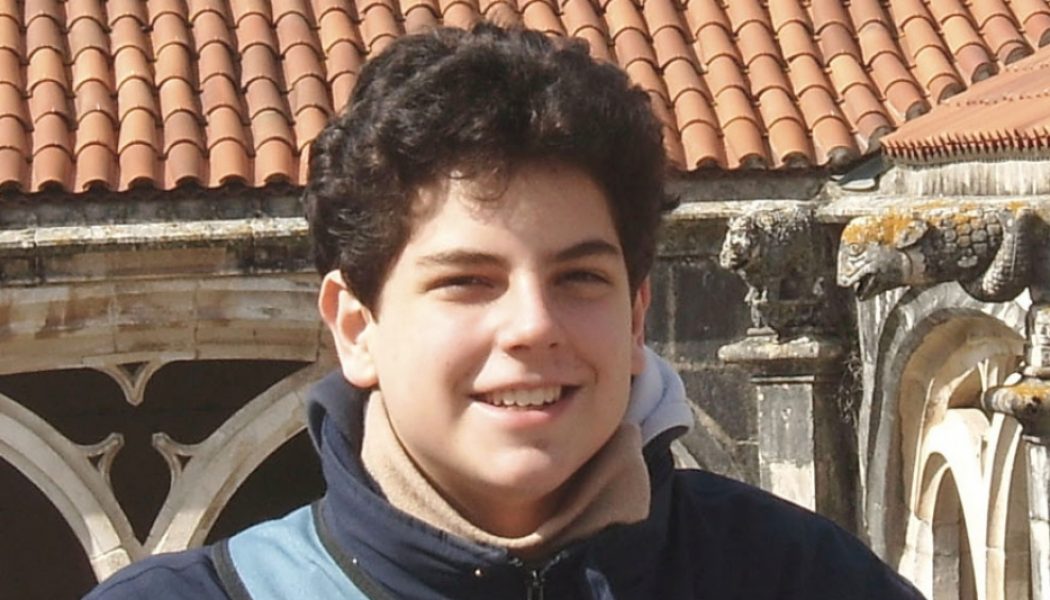 “I am happy to die because I have lived my life without wasting a minute on those things that do not please God.” —Carlo Acutis

As we approach the beatification of Venerable Carlo Acutis on Oct. 10, here are some interesting facts and details to know about this young soon-to-be-saint. An inspiration to so many, including young children and teens, Carlo died a young boy at the age of 15 after a brief battle with leukemia. May we all strive for sainthood and learn from Carlo’s example!

1. In the short 15 years of his life, Carlo Acutis touched thousands of people with his testimony of faith and deep devotion to the Holy Eucharist.

3. Carlo had a great devotion and love for the Blessed Mother. He once said: “The Virgin Mary is the only woman in my life.”

4. An avid enthusiast of technology, Carlo was a gamer and also a computer programmer.

5. Carlo had a great concern for his friends often inviting those being treated poorly or going through difficult situations to his home for support. Some were dealing with divorce at home or being bullied due to disabilities.

6. With his love for the Eucharist, Carlo had asked his parents to take him on pilgrimages to the sites of all the known Eucharistic miracles in the world but his illness prevented this from happening.

7. Carlo contracted leukemia as a teenager. He offered his pain for Pope Benedict XVI and the Catholic Church, saying: “I offer all the suffering I will have to suffer for the Lord, for the Pope, and the Church.”

8.  Carlo used his tech-savvy skillset to build an entire website catalogue of Eucharistic miracles around the world. He started the years-long project when he was 11 years old.

9.  Carlo wanted to utilize technology and his website to evangelize. He was inspired by Blessed Giacomo Alberione’s initiatives to use the media to proclaim the Gospel.

10. During his battle with leukemia, his doctor asked him if he was suffering much pain and he responded that “there are people who suffer much more than me.”

11. After Carlo’s death, a traveling exhibition of the teen’s Eucharistic miracles began, a brainchild of Acutis. Msgr. Raffaello Martinelli and Cardinal Angelo Comastri, who at the time was head of the Catechetical Office of the Congregation for the Doctrine of Faith, helped organize the photo exhibition in his honor. It has now traveled to dozens of countries across five continents.

12. Francesca Consolini, a postulator in the Archdiocese of Milan, thought there was reason to open Carlo’s cause of beatification when the required wait of five years after his death has been met. Speaking of the young teen, Consolini said: “His faith, which was unique in such a young person, was pure and certain. It made him always be sincere with himself and with others. He showed extraordinary care for others; he was sensitive to the problems and situations of his friends and those who lived close to him and were with him day to day.”

14. The beatification rite of Carlo Acutis will take place on Saturday, Oct. 10, 2020, at 4:00 p.m. in the Upper Basilica of San Francesco in Assisi. The chosen date will be close to an important anniversary in Carlo’s life; his birth to Heaven on Oct. 12, 2006.

15. In photos released in preparation for his beatification, Carlo’s body appeared to be preserved from the natural process of decay after his death in 2006, and some thought that he might be incorrupt. However Bishop Domenico Sorrentino of Assisi clarified that Carlo’s body, though intact, “was found in the normal state of transformation typical of the cadaveric condition.” Bishop Sorrentino added that Carlo’s body was arranged with dignity for its display for public veneration and a silicone reconstruction of his face used.

16. A book was created containing the Eucharistic miracles he had fleshed out on his website, containing nearly 100 accounts of miracles from 17 different countries, all verified and approved by the Church.

17. Millions around the world have been following his path to sainthood. Just by typing his name into a search engine, more than 2,500 websites and blogs emerge detailing his life and story.

As we witness his beatification this weekend and see a young boy wearing jeans, a sweatshirt and sneakers, may we all remember we are called to be saints and strive to live like Carlo with whatever time we are given. As a young Acutis once said: “The more Eucharist we receive, the more we will become like Jesus, so that on this earth we will have a foretaste of Heaven.”

Domain. Login & select from 100+ ready to use templates or create ebook from scratch. How to create real estate business cards that engages prospects and sells your service or product.