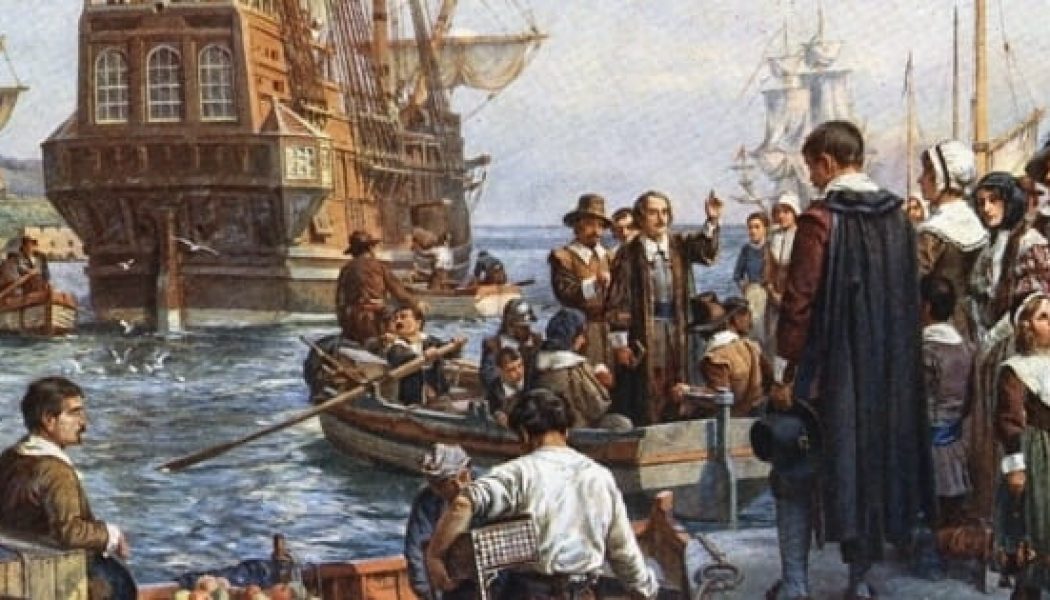 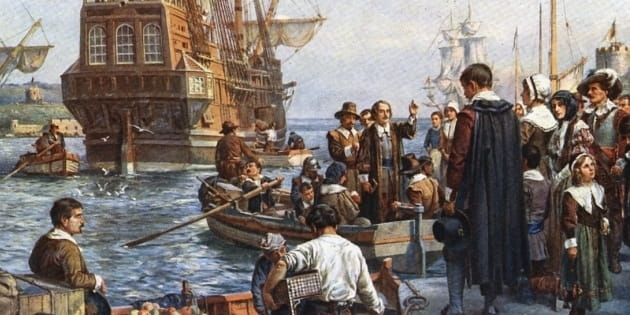 Maybe it’s the smug servant Malvolio in Shakespeare’s Twelfth Night. Perhaps it’s the extremely suspicious Boston community in Nathaniel Hawthrone’s The Scarlett Letter. Or it could be the more recent TV drama named for the location of the infamous Salem witch trials of early colonial America. High school history books continue to tell tales of America’s Pharisaic progenitors and their overly concerned moralism with attempts to establish God’s pure “city on a hill.” Many of us have grown up with an understanding of Puritans as those gloomy religious folk who found joy in making sure others had none. The tale of spoilsport Puritans continues to be told, and it couldn’t be further from the truth. Here are 5 myths about Puritans which you may still believe.

1) Puritans were legalists with no room for grace.

Did Puritans tell parishioners to look to their works for salvation? Well, yes and no. While it is true that many Puritan ministers counseled people to look towards their works, this was actually a pastoral act to help people see spiritual fruit as evidence of salvation. God’s work of salvation is shown in fruit displayed throughout one’s life. This was based on a strong view of God’s grace. In fact, Puritans were some of the main champions of grace! Richard Sibbes’s A Bruised Reed is a classic work on God’s grace in caring for wounded souls. On grace in justification, the Westminster Confession states that “justification is only of free grace; that both the exact justice and rich grace of God might be glorified in the justification of sinners.” (WCF 11.3). While Puritans did implore believers to holiness (what good pastor wouldn’t?), their pleas came from a Scriptural mandate founded upon God’s grace in salvation to sinners.

2) Puritans were all Presbyterians.

Puritans as a group represent a diverse spectrum of ecclesiological commitments. Individuals such as William Perkins and Richard Sibbes were considered the greatest of Puritan preachers and theologians, yet remained comfortably situated within the episcopal structure of the Church of England. Others such as John Owen were congregational in their ecclesiology (theology of the church). Still others like John Bunyan represent a group of Puritans with a Baptist ecclesiology. During the period of the English Commonwealth, Puritan ministers did set out to reform the Church of England to a Presbyterian-type polity, yet ultimately failed with the dissolution of the Commonwealth and the elevation of King Charles II. Despite this, people from numerous church perspectives can claim the Puritans as their own.

3) Puritans were all Calvinists.

While most Puritans aligned with Reformed theology, not all Puritans were strict Calvinists. The title “Calvinist” today carries loads of theological baggage and its not always an accurate description of 16th and 17th century Puritan ministers. Many views on numerous points of theology existed amongst the Puritans. The Puritan minister Richard Baxter heavily debated points of theology which were affirmed at the Westminster Assembly. He engaged in heated debates with fellow Puritan minister John Owen and wrote of his disagreements with other Puritan ministers such as Thomas Goodwin and Thomas Manton. John Goodwin, another prominent Puritan minister, came to affirm an Arminian understanding of predestination. Puritans may have enjoyed smelling a tulip, but that doesn’t mean they all used one to define their theology.

4) Puritans distorted the teachings and theology of John Calvin.

One myth claims all Puritans were Calvinists; another myth claims that Puritans distorted John Calvin’s theology. Many 20th-century scholars of Puritanism held to the so-called “Calvin vs. the Calvinists” argument. Puritan theologians, proponents claim, took reformed theology and made it a rationalistic religion devoid of Calvin’s reformation fire. The problem here is that the context of the Puritans was much different from that of Calvin. Most Puritans were born and raised as Protestants; Calvin shifted from Catholicism to Protestantism. Puritans were seeking to encourage further reform within the Church in England; Calvin was on the heels of the Reformation imploring people towards biblical Christianity. This doesn’t mean Puritans distorted Calvin’s teaching—they simply promoted Reformed doctrines of faith in their particular context to answer a different set of questions. Theirs was a whole-hearted desire to declare the full counsel of God’s word, just like Calvin a generation before.

5) Puritan religion was joyless and unemotional.

If that’s what you think, you’re not alone. People love to portray Puritans as stoic killjoys. Did their high regard for theology and pure living lead to a joyless Christianity? Far from it!

Puritan spirituality encouraged a full-bodied experience of God’s creation. The Puritan emphasis on spiritual disciplines was for the increase of joy and love in the Lord. Its true Puritan ministers opposed the government-sanctioned playing of sports on Sundays, yet this had more to do with the often unholy nature of such activities in 17th century England rather than the recreation itself. Puritans wished to honor the Sabbath, but this in no way meant a denial of appropriate leisure and enjoyment of God’s gifts. Puritans knew how to have a good time, yet wished to do so in a way that honored God. Works on Puritan spirituality abounded, all for the purpose of setting hearts aflame with the love of Christ and the enjoyment of God’s gifts.

How many of these have you heard or believed in the past? What other popular myths about Puritans might you add? Share your thoughts in the comments.

Coleman M. Ford is married to Alex and they reside in Louisville, Kentucky. Along with PhD studies in Church History, Coleman loves to read and write on Christian spirituality. You can follow him on Twitter @colemanford.