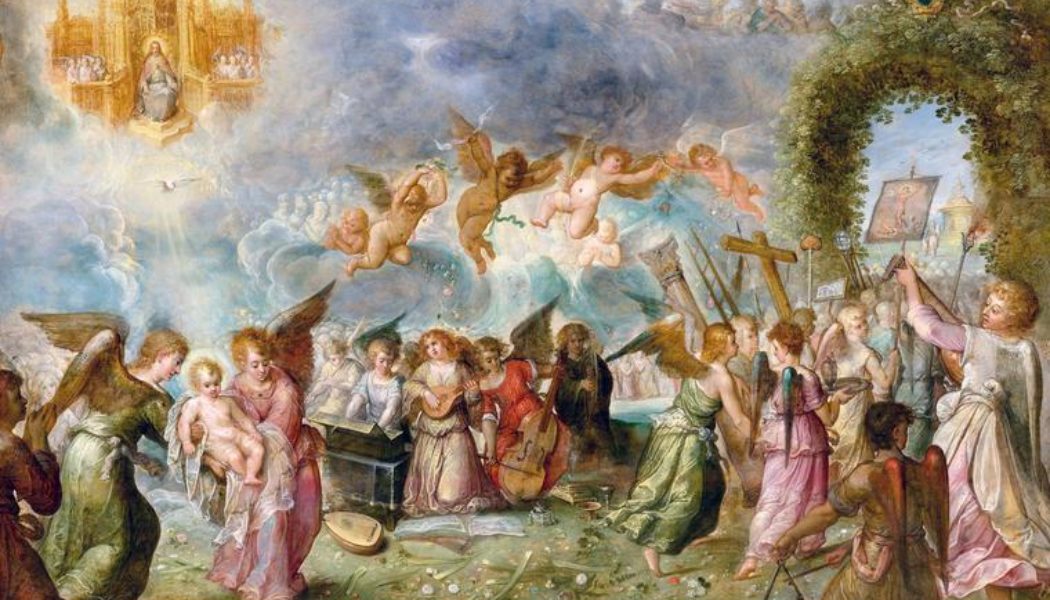 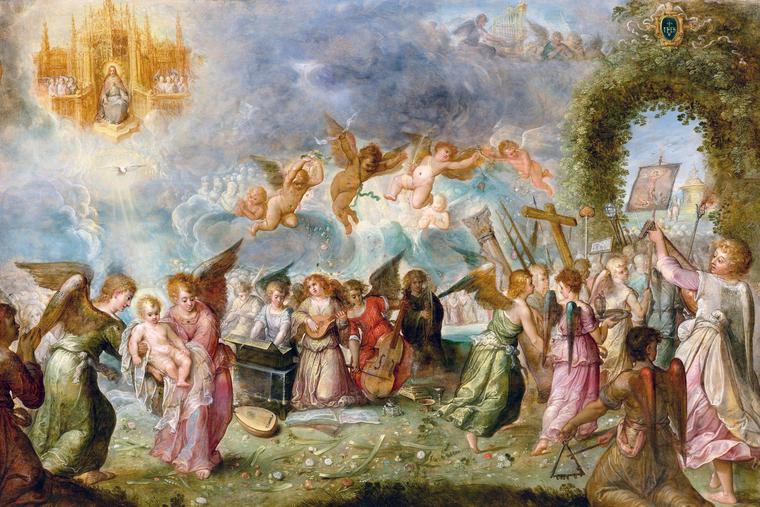 “The musical tradition of the universal Church is a treasure of inestimable value, greater even than that of any other art.” —Sacrosanctum Concilium

I am a cradle Catholic. I was born after the Mass of St. Paul VI was already well established. I grew up familiar with hymns like On Eagle’s Wings and The King of Glory, and I enthusiastically sang along from my pew with all the hymns at Mass, because I wanted to participate actively, like I was told I should.

Things began to change when I read a great article in my mid-20s that suggested characteristics of songs we should not sing at Mass. (This was about 15 years ago, and, sadly, I haven’t been able to find the article again.)  Some of these were: Don’t sing songs that contain heresy or that talk more about me than about God; avoid songs that sound like they belong in a piano bar or a stage play. I began to be a little more reserved about what songs I would sing along with at Mass. And the people around me started to pay attention.

I learned piano as a kid and loved my chorus classes in high school. So by the time I was singing with my wife and kids at Mass, people heard me singing strongly, and they liked my voice. When I started refraining from singing certain songs, our neighbors in the pews around me took notice. They started asking questions, and my answers about singing hymns that were fitting to the Mass intrigued them. It wasn’t too long before they started to look at me when a hymn was announced. Would I pick up the hymnal? They followed suit.

We were already at a parish that followed the rubrics of the liturgy more closely than any other in the diocese did, and I was learning that it wasn’t all that it could be. I began reading Church documents on music in the liturgy, and I was shocked. The most recent encyclical on sacred music, Musicae Sacrae, was written in 1955 by Pope Pius XII. It indicated certain instruments that are suitable to the sacred rites, stating that “the organ rightly holds the principal position,” and “the violin and other musical instruments that use the bow are outstanding.”

Our parish also had a traditional Latin Mass (TLM), also known as the TLM, which we rarely attended. Since I started reading about the Church’s directives on sacred music, it became harder to tolerate the 1970s saccharine hymns that were likely written in the “Spirit of Vatican II.” (Speaking of Vatican II, Sacrosanctum Concilium, the council’s constitution on the sacred liturgy, specifies that Gregorian chant should be given pride of place in liturgical services and the organ is to be held in high esteem. I often hear these points quoted but rarely see them applied.) I did not have any sort of attachment to the TLM; I had attended only occasionally, but it just felt foreign to me.

Now we began to attend it more frequently, because the music used there seemed to be in greater conformity with the documents I had been reading on sacred music, and this music had a deeper intrinsic beauty and complementarity to the Holy Sacrifice of the Mass. Whether it was the sacred hymns to the Eucharist, which point directly to the Sacred Victim who is being sacrificed in the Mass, or the Gregorian chants which are employed to produce a temperate emotive response that inclines the soul to contemplate the mystery of the Mass with its mysterious melodies, it just felt right and fitting. Dignum et justum est. My family had begun to find a liturgical home.

Once we were attending the TLM more regularly, I found myself seeking out more sacred music fitting for the Holy Sacrifice of the Mass and joined the choir to assist in the sacred worship through my musical abilities. The Church documents I read on sacred music indicated that if proper music could not be performed well, it is better if it is not performed. My frustration grew, and I didn’t know how to proceed, only hoping that one day I could have a greater role in facilitating the music.

After about a year, I was asked if I would be willing to direct the choir. I accepted and began inviting strong singers to join the choir. I began to incorporate more difficult music, such as hymns sung in parts and sacred polyphony by composers such as Palestrina and Victoria. (Many musicians are familiar with Palestrina, but I bet many do not know he was a direct student of St. Philip Neri in Rome.) We began to transform the music at our TLM. I took delight in this music and began to feel a connection to my musical forebears in the faith. It was the first time I began to feel connected in a way that spanned time. I was beginning to feel at home in a way I never could have described before. It was a comfort and an assurance I didn’t know I was looking for.

Gregorian chant, on the other hand, was challenging to me. First, probably like many Catholics, I intuitively considered chant the kind of music sung by religious brothers and sisters in monasteries and convents. I didn’t think ordinary laypeople in the choir at Mass should sing chant. It was clear from some of the papal documents that many people thought this for a long time. In Mediator Dei, Pius XII said to “let Gregorian chant be restored to popular use in the parts proper to the people.” This indicated that it was not in popular use, but that it was the ongoing desire of the Church to have the people know and sing certain chants. Therefore, church musicians should seek to learn and incorporate these into the Mass.

Second, even as a musician, I find Gregorian chant hard, in particular the propers of the Mass, the prayers unique to each day. These are set to much harder melodies that can sound foreign to modern ears. And yet, I decided that I would pursue learning these and singing them at Mass, since this is what the Church has stated is the highest form of music for sacred liturgy. I should not assert my will to sing my preferred style of music at Mass because the Liturgy does not belong to me. It belongs to the Church, to be received and handed down with each generation — a tradition that conveys wisdom, virtue and culture. I began the difficult task of learning to sing the chants of our prayers, even though I often found them cumbersome and not emotionally satisfying. As a Latin Rite Catholic, this is the music of my religious culture.

As I made progress with the chants, I was beginning to immerse myself in a tradition going back to the earliest centuries of the Church.  It has strengthened my identity as a Catholic, connecting me with countless faithful over the millennia who worshipped with the same music.  My growth in knowledge of the musical traditions that are uniquely Catholic and implementing this in the liturgy has shown me that regardless of our conditions, we can recover the fullness of our beautiful liturgical music. Let us seek this out, learn and perform it, and hand it down to the next generation for their edification and for the glory of God.