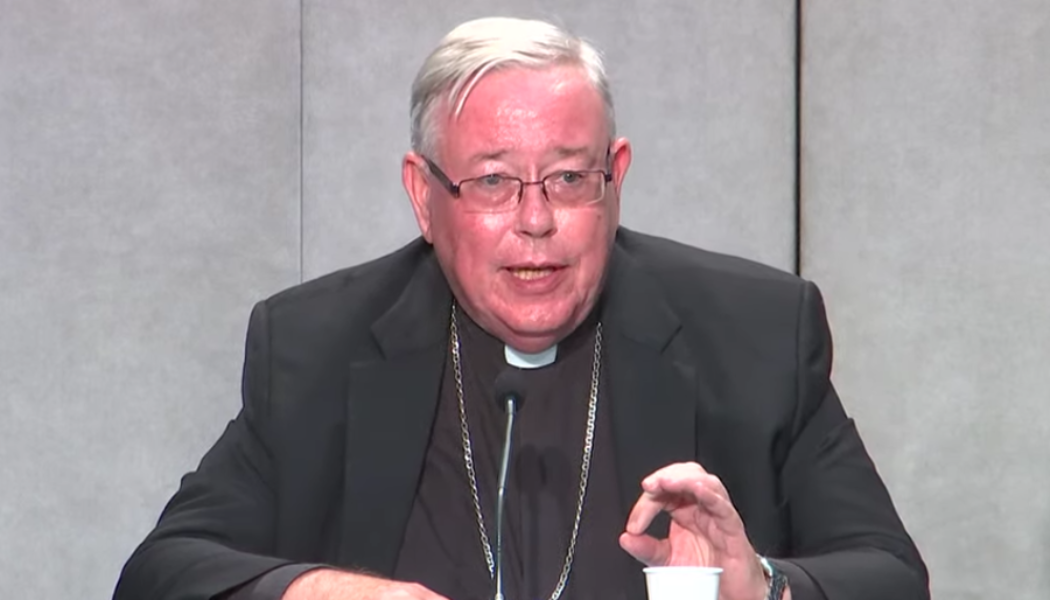 A cardinal with a central role at next year’s gathering of the world’s bishops on synodality insisted on Friday that he had “no personal agenda” for the synodal process.

Cardinal Jean-Claude Hollerich was speaking at a Vatican press conference on Aug. 26 in response to a question about comments he made in February concerning Church teaching on homosexuality.

The cardinal, who will serve as general rapporteur of next year’s synod on synodality, said earlier this year that he believed that the “sociological-scientific foundation” of the Church’s teaching on homosexuality was “no longer correct.”

He told reporters on Friday: “I fully believe in the tradition of the Church. And what is important, I think, in this process is not a change of doctrine. But what is important is to listen to everybody, to listen also to the suffering of people. I think of parents, for instance, of people concerned. And to have a change not of doctrine, but a change of attitude, that we are a Church where everybody can feel at home.”

“So I am not in favor of changing any doctrine. I am in favor for a Church where really everybody can feel welcome.”

“Thank you that I could clarify this. But also – which is very important – I have no personal agenda for the synod. I have got a concrete mission by the pope, which is to listen and to serve.”

“I hope that I change during this process, because we speak about synodal conversion. If we who are most, let’s say, in concrete touch with this synod do not change, then there is something wrong. So I am open, I am listening and I do not push any agenda.”

The Jesuit cardinal, who serves as the archbishop of Luxembourg, was speaking at a news conference ahead of the second stage of the global synodal process, known as the “continental phase.”

He indicated that the Vatican had received more than 100 synod summaries from bishops’ conferences around the world during the initial diocesan phase.

“This incredible figure tells us that yes, the Church is in synod,” he said.

He noted that a project, involving the Vatican’s Dicastery for Communication, to engage people via social media “influencers” had generated 110,000 responses and reached an estimated 20 million people.

Cardinal Hollerich said that the Vatican Secretariat of State also took part in the first stage, producing “for the first time, a synthesis by listening to the apostolic nuncios” around the world.

“From all these data, I am convinced that we are facing an ecclesial dialogue without precedent in the history of the Church, not only for the quantity of responses received or the number of people involved (which to some who want to rely solely on numbers – which can only be approximate – may seem limited) but also for the quality of participation,” the cardinal said.

The Catholic dioceses of the Nordic countries – Denmark, Sweden, Norway, Finland, and Iceland – issued their report on Aug, 24. It said that lay people expressed a desire “to be more involved in the decision-making process” and wanted the Church to speak out more on “difficult and controversial moral issues, such as transgenderism.”

Poland’s national synod synthesis, unveiled on Aug. 25, said that local Catholics wanted the Church to change the way it functions but not its doctrine or structure.

Portugal’s national synthesis, published on Aug. 26, called for a Church “that embraces diversity and welcomes all, excluding discriminatory attitudes that sideline the LGBTQIA+ community and the divorced and remarried.”

There appear to be marked differences between synodal submissions in Eastern and Western Europe. The apparent divide is likely to present a challenge to participants in Europe’s continental stage as they seek to reach a consensus.

In Cardinal Hollerich’s own Archdiocese of Luxembourg,  participants in the diocesan phase called for a change in Church teaching on homosexuality as well as the abolition of mandatory priestly celibacy.