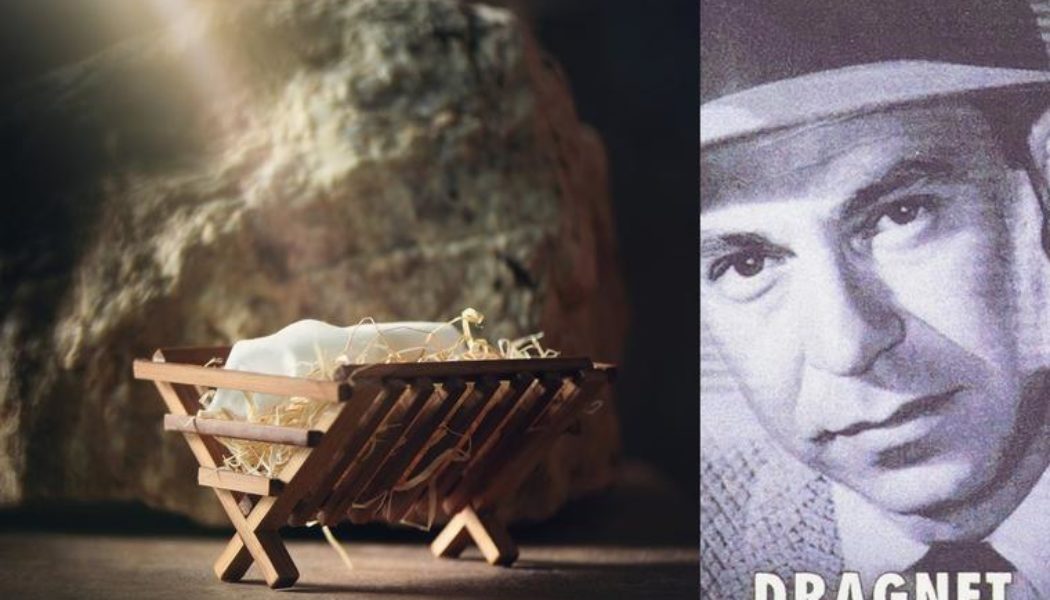 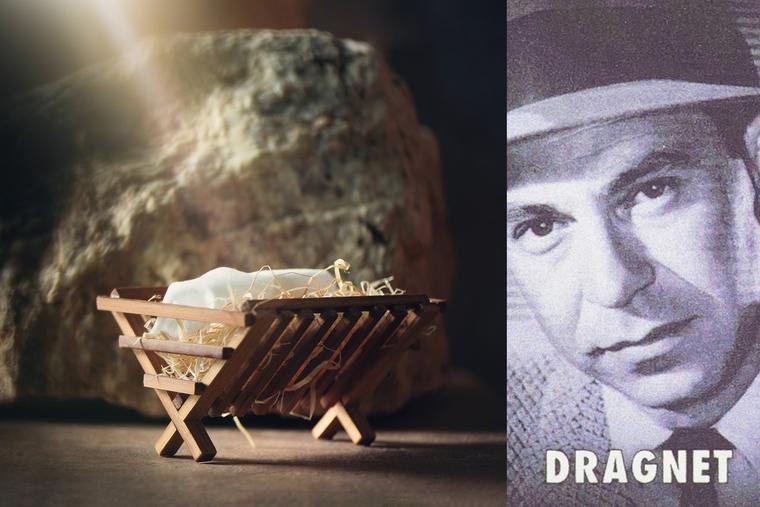 A special classic episode of ‘Dragnet’ offers an unexpectedly sweet ending for Christmas.

A Catholic parish’s report of a missing Baby Jesus statue from its Nativity scene might not be a top police priority right now as we reach the weary end of a year marked by vandalism against churches and pregnancy resource centers, surging crime and police staffing reductions.

But in 1953 a primetime radio program told the true story of how two California police officers did take such a report from a Catholic priest seriously and spent a lot of time trying to get a worn statue of little monetary value back into the manger for Christmas Mass.

The Dec. 22, 1953, radio episode of Dragnet, entitled “The Big Little Jesus,” has an unexpectedly sweet ending that offers evidence that the entertainment media once had respect for the role of Catholicism in American life.

Right before Christmas the two officers in the episode went to work interviewing not only the priest but a pawn shop owner, altar server, boarding house owner and a down-and-out parishioner. Coming up with nothing, they returned to the church and gave the priest the bad news that the statue hadn’t been found. Just then, the main church doors opened and a small boy pulling a red wagon entered and walked toward them to the Nativity scene. In the wagon was the missing statue of the Baby Jesus.

Touched, the priest helped the boy return the statue to the Nativity scene and as the boy left with his wagon, Officer Friday noted:

Two days after this radio episode aired, a TV version became the first major network show to be broadcast in color, according to Internet Archive.

Dragnet first ran on radio in 1951 and later versions appeared on TV and film. Episodes were based on true police stories. The original story for “The Big Little Jesus” took place 23 year before the radio broadcast at Our Lady of Victory Church in San Francisco.

The little boy’s innocence and tender love for the Baby Jesus touched the many Americans who listened to and watched this episode — and it continues to.

By contrast ,nearly 70 years later we’re more likely to hear about criminal acts against churches — including many Catholic churches. In a report released this month, the Family Research Council identified 420 documented acts of hostility that targeted 397 individual churches between January 2018 and September 2022 across 45 U.S. states and Washington, D.C. According to the report, 77% of the incidents consisted of vandalism.

Since the leaked draft of a Supreme Court opinion in the Dobbs’ decision in early May and less than two months later the Court’s final ruling in the case overturning the Roe v. Wade decision there have been at least 78 attacks and acts of vandalism to pregnancy resource centers and offices of pro-life groups, according to CatholicVote.

At Christmas and anytime, Jesus waits for us to return to him regardless of our actions. We pray that those who have hurt his Church and those working for life will hear the Lord calling during this season of peace.

Hostgator review – shared hosting. Easiest system ever – done for you affiliate marketing system. How to create real estate business cards that engages prospects and sells your service or product.