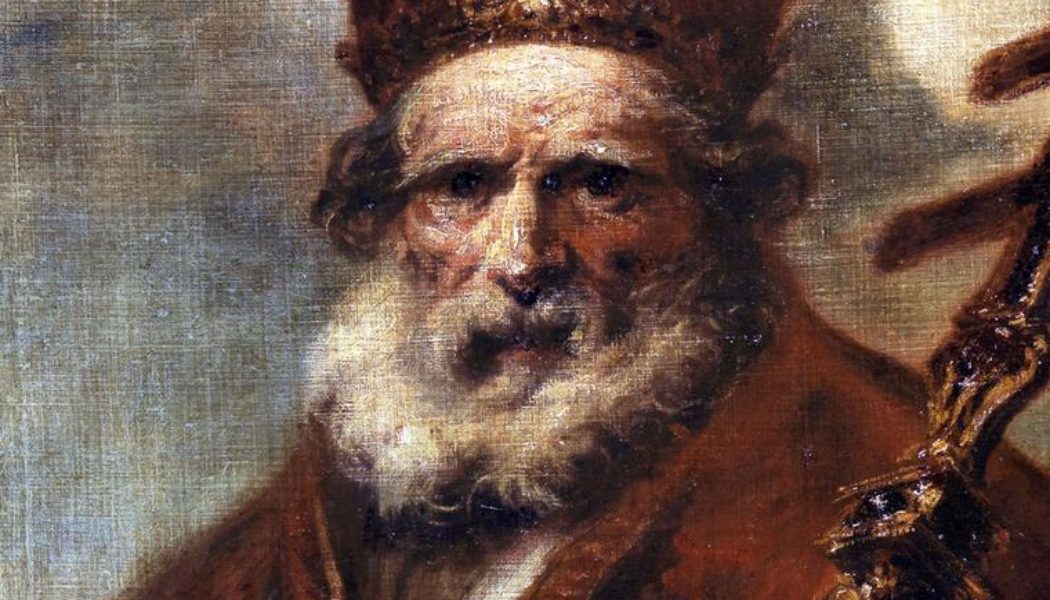 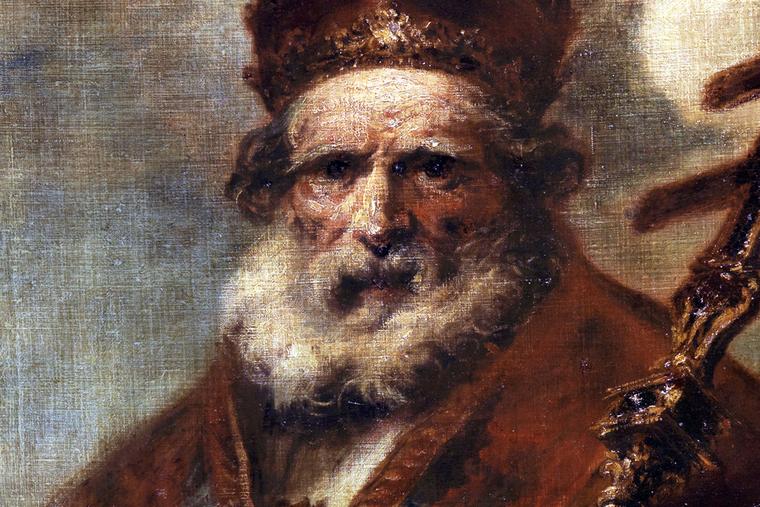 The 5th-century pope and doctor of the Church reflected on the Nativity of Our Lord in eight famous sermons.

The Christmas season has been a time of joy for Christians for nearly two millennia. As many of the faithful will be unwrapping gifts and sipping eggnog on Sunday, it’s still important to find time to reflect on the happiness that the nativity and the incarnation of Christ ought to bring all of us.

During this holiday, we should reflect on the ancient wisdom bestowed upon us by one of the Church’s greatest teachers, Pope St. Leo I, who taught us that Christmas is a time of joy and that God coming to Earth as man is one of the greatest gifts he could have given us. The Pope reflected on Christmas in Sermons 21 through 28.

Pope St. Leo I, also known as St. Leo the Great, was the 45th Bishop of Rome. He reigned from 440 until 461. Leo, who was the first pope to earn the title “the Great,” staunchly defended the Church against both internal and external threats and sought to solidify the unity of the Christian people through a strong papacy.

During his pontificate, Leo upheld the doctrine that Christ had two natures and that Christ was both fully human and fully divine. The Church settled this question during his pontificate at the Council of Chalcedon, in which the Christological heresies of both Eutyches and Nestorius were condemned. He is one of only two popes to be recognized as a doctor of the Church. Leo is also remembered for his involvement in political affairs, helping navigate the barbarian invasions that were endangering Christians.

In 2008, Pope Benedict XVI referred to Leo as “one of the greatest Pontiffs to have honored the Roman See.”

The Joy of Christmas

Christmas is a day on which it is fitting for both angels and men to rejoice, according to Leo. By taking on human flesh, Sermon 21 teaches us that God united the inviolable nature of the divine with the passible nature of man in the form of one person, Jesus Christ, who could both die in accordance with human nature and raise himself from the dead in accordance with divine nature. With his divine nature, Christ can bring us remedy and with his human nature, he can be an example.

Leo said that by taking on the nature of man, Christ can conquer the devil through the same nature that the devil himself conquered in the Garden of Eden by tempting man to defy God. However, by becoming man, Christ reconciles humanity with God and opposes and defeats the devil in his human nature that shares the same mortality as us, but is free of sin.

In Sermon 24, he said the incarnation was necessary because man could not fix his nature on his own, but that Christ could conquer the devil as man.

“Our Saviour, dearly-beloved, was born today: let us be glad,” Leo said in Sermon 21. “For there is no proper place for sadness, when we keep the birthday of the Life, which destroys the fear of mortality and brings to us the joy of promised eternity. No one is kept from sharing in this happiness. There is for all one common measure of joy, because as our Lord the destroyer of sin and death finds none free from charge, so is He come to free us all.”

The Gift of Christ

In Sermon 26, Leo said that all men are participators in the nativity.

When we celebrate the birth of Christ, we are also celebrating the commencement of our own lives because it is the source of life, according to Leo. When a person becomes a believer, that person sheds his old ways and is reborn in Christ. Leo said that Christ became the Son of Man so we could become sons of God.

“The mystery of this boon is great, dearly beloved, and this gift exceeds all gifts that God should call man son, and man should name God Father: for by these terms we perceive and learn the love which reached so great a height.” Leo said.

Meditate, dearly beloved on these things with devout hearts, and be always mindful of the apostle’s injunction, who admonishes all men, saying, ‘See lest any one deceive you through philosophy and vain deceit according to the tradition of men, and not according to Christ; for in Him dwells all the fullness of the Godhead bodily, and you have been filled in Him,’ (Colossians 2:8-10). He said ‘not spiritually’ but ‘bodily,’ that we may understand the substance of flesh to be real, where there is the dwelling in the body of the fullness of the Godhead: wherewith, of course, the whole Church is also filled, which, clinging to the Head, is the body of Christ; who lives and reigns with the Father and the Holy Ghost, God for ever and ever. Amen.