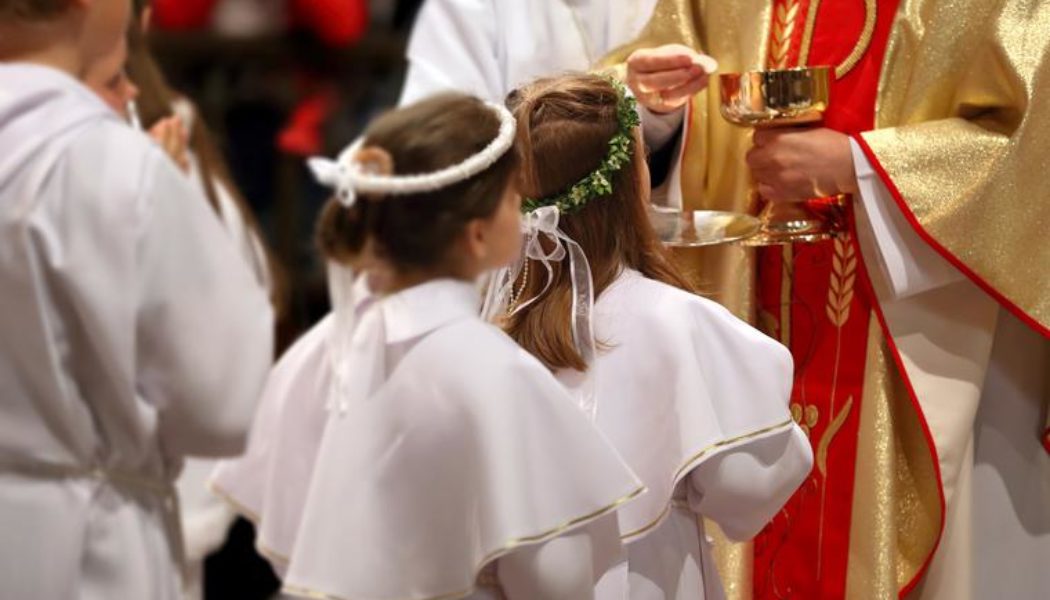 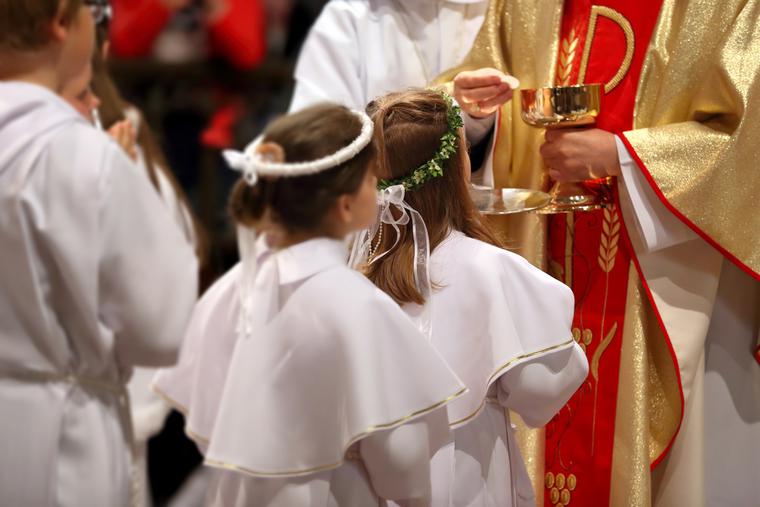 “The outside observer is apt to conceive of Catholicism as at least a business-like religion,” wrote Ronald Knox in his classic The Belief of Catholics. Knox was a Catholic C.S. Lewis, as smart as Lewis but I think cleverer, with a gift equal to his for popular writing. And, as a Catholic, writing from a deeper and wider and truer understanding of things than Lewis had.

Knox entered the Catholic Church in 1912, at the age of 24, giving up what promised to be a wildly successful career in the Church of England. He became not only one of the great lights of the Catholic literary revival, but one of the Church’s most effective ambassadors to secular and Protestant England. He published The Belief of Catholics in 1927 and died in 1957.

The Protestant minister affects a religious style, Knox continues. The criticism’s not entirely fair, but it’s pretty fair. In my experience as an Episcopalian, when ministers started speaking as ministers, many spoke in a noticeably ministerial way. Slightly more formal in grammar, slightly more orotund (rounded and imposing) in voice, the point apparently to establish that you’d just entered the religious world.

And sometimes, I’m pretty sure, to establish that he’s the minister and you’re not. Possibly for your own good, and possibly for his sense of status. I’m tempted to take off from Monty Python’s famous sketch on the Ministry of Silly Walks, to make a joke about the ministry of silly talks or silly voices, but I won’t.

When I was an Episcopalian, I had met Catholic priests with a bit of celebrity, and some of them did that, but usually not so forcefully. When I first met average everyday parish priests, I was shocked by how average and everyday they were. They’d speak to you of baseball and Our Lady in the same kind of voice.

Knox seems to have had the same experience, but even more so. He came from an elite English world, going to the same school the king’s sons went to, and then to Oxford. He entered the Catholic Church, culturally and otherwise miles distant from the world of his youth. Besides the few Catholic families who’d survived the Reformation, the Church in England was dominated by the Irish and other immigrants. Most of the priests and even bishops he met were pretty average guys, who spoke like pretty average guys.

That difference points to a deeper difference in the way the minister and the priest understand what they’re doing. The Catholic priest, Knox explained, “goes about his work with the briskness, the matter of factness, of a shopkeeper or an operating surgeon.” An outside observer “is favorably impressed with the convictions of men and women who can thus hold commerce with the other world without inhuman deportment.”

Knox’s close friend, the convert novelist Evelyn Waugh, saw the same thing. Most people know him mainly as the author of the novel Brideshead Revisited. (Performed in an excellent TV series by Granada Television and in a wretched movie made by people who apparently didn’t like the story’s religion, which is the whole point.)

Though a novelist, he wasn’t romantic about beauty. He valued it, of course, but when he went to Mass he saw it as an action, a thing to be done, by the priest in his role and the layman in his. As a novelist, who saw his work as a craft, he saw worship the same way.

When Waugh looked seriously at the Catholic Church, “I was not at all attracted by her great ceremonies — which the Protestants could well counterfeit,” Waugh wrote after he had been Catholic about 30 years. “Of the extraneous attractions of the Church which most drew me was the spectacle of the priest and his server at low Mass, stumping up to the altar without a glance to discover how many or how few he had in his congregation; a craftsman and his apprentice; a man with a job which he alone was qualified to do. That is the Mass I have grown to know and love.”

My evangelical Protestant friends sometimes talk about special times of intense prayer as “doing business with God.” They get at the same thing Knox and Waugh did, but what they think extra-ordinary is ordinary for the Catholic. We can do business with God every day at Mass. The priest does his part, we do our part, and God does his part. We don’t have to search for intense feelings. Jesus said “Do this,” not “Feel this.”

Our experience is more like the evangelical ideal when we go to confession. There we offer an admission of our sins and our contrition of having done what we did (and didn’t do) in exchange for God’s forgiveness, as he has promised.

But this we also do in a businesslike way. We follow procedures, like having gone through a regular examination of conscience before we go to the church, and the usual procedures when we’re with the priest, like starting with “Bless me, Father, for I have sinned.” (For what it’s worth, I love saying that, because it feels like — and is — the beginning of a liberation.)

We can do this as often as a church near us offers it. We can go when we feel oppressed by our sins and on the edge of tears, and when don’t feel so burdened but know we have to go.

Ours is a businesslike religion, as Ronald Knox saw. This bothers many of our evangelical friends and some Catholics, because Americans still feel the supposed “heart-religion” left over from 19th-century American revivalism to be true religion.

The Church is wiser. She was designed to last. That’s why the practice of the faith can look so businesslike to outside observers.

Sometimes priest and people will be so exhausted they’ll have to push their way through it. Or in such personal or spiritual pain that they can only act, they can’t feel.

But in the Catholic Church we always have the forms, the words to say and the things to do, and the liturgy through which Our Lord has promised to be with us, even to the end of the age.