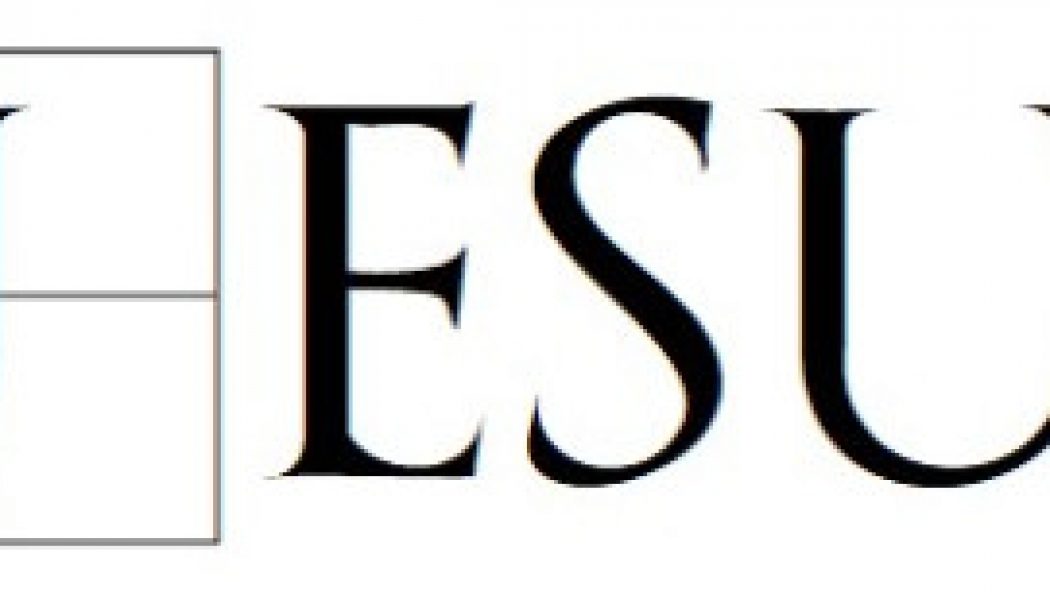 In the words of The Apostles’ Creed:

I believe in Jesus Christ, his only Son, our Lord,
He was conceived by the power of the Holy Spirit
and born of the virgin Mary.
He suffered under Pontius Pilate,
was crucified, died, and was buried.

At the heart of our Christian Faith is a Person, the Person of Jesus of Nazareth. He is the Word become flesh, “the Father’s only Son, full of grace and truth.” Jesus comes to us as “the way, and the truth, and the life,” and Christian living consists in following him. As Pope Emeritus Benedict XVI has said, “Being Christian is not the result of an ethical choice or a lofty idea, but the encounter with an event, a person, which gives life a new horizon and a decisive direction.”

I believe in Jesus Christ, his only Son, our Lord

Jesus’ name in Hebrew means: “God saves.” And this name, first announced by the archangel Gabriel, expresses his identity and mission. Through the incarnation, God made man “will save his people from their sins.” Jesus is the “name which is above every name” and “there is no other name under heaven given among men by which we must be saved.” He is called the Christ or the Messiah. These are Greek and Hebrew titles which mean “anointed one.” In Israel, those consecrated for a God-given mission were anointed in his name; kings, priests, and sometimes prophets had precious, shining olive oil poured upon them. Jesus Christ fulfills the messianic hope of Israel by coming anointed in the Holy Spirit as priest, prophet, and king, to inaugurate the Kingdom of God.

Jesus Christ the Son is eternally begotten of the Father. They are one God but two persons. This is why Jesus can say, “The Father and I are one,” and, “Whoever has seen me has seen the Father,” while he prays to, honors, and loves his Father as another Person. The Jews in holy reverence for God’s divine name Yahweh would substitute the word Adonai in Hebrew or Kyrios in Greek, both of which mean “Lord.” So when the early Christians professed “Jesus Christ is Lord” they were not merely announcing him as a king above Caesar but proclaiming him as God from God.

He was conceived by the power of the Holy Spirit
and born of the virgin Mary.

God becomes man not as a full-grown adult descending from the clouds; nor as an infant, delivered in a blanket by the Holy Spirit stork. Jesus Christ is conceived as a tiny embryo because that is how human life begins. Jesus Christ is not part God and part man, or some mixture of the two. He’s not half-and-half, or like 99.44% divine. The Son became truly man while remaining truly God; two natures united in one person, true God and true man. He is born among us, as one of us, to die for us as our saving sacrifice.

Roughly 3,800 years ago, God put Abraham to the test. “Take your son Isaac, your only one, whom you love, and go to the land of Moriah. There you shall offer him up as a holocaust [a sacrifice] on a height that I will point out to you.” Early the next morning Abraham saddled his donkey, took with him two of his servants and his son Isaac, and after cutting the wood for the burnt offering, set out for the place of which God had told him. On the third day, Abraham caught sight of the place from a distance. He said to his servants: “Stay here with the donkey, while the boy and I go on over there. We will worship and then come back to you.”

‘We‘ will come back to you? Why lie to the servants? Why not just say, “Wait here”? You see, Abraham was in fact neither lying nor trying to deceive. As the Letter to the Hebrews teaches, God had promised him “through Isaac descendants shall bear your name,” so Abraham reasoned that God was able to raise even from the dead, and he received Isaac back as a symbol, a foreshadowing sign of things to come. God provides the sheep for the sacrifice upon Mount Moriah. There the city of Jerusalem would be established. There the Jewish Temple would be built, destroyed, and raised up again. And there Jesus Christ, the Lamb of God, would be sacrificed on the Cross. God the Father offers his own beloved Son in our place.

Born of the virgin Mary,
he suffered under Pontius Pilate,
was crucified, died, and was buried.

Holy Mary of Nazareth and Governor Pontius Pilate of Judea stand for the two types of people in this world in regards to Jesus: those who receive him, love him, and serve him like Mary, and those like Pilate who would prefer to ignore him but who will reject and destroy the Christ if he stands in the way of their desires. But Mary who bore him and Pilate who killed him are not merely types, symbols, or metaphors – they are real people who ground Jesus’ life in real history. Jesus’ public ministry, his Passion, death, and Resurrection were not “once upon a time,” but in the early 30’s AD. As the 2nd Letter of St. Peter testifies:

“We did not follow cleverly devised myths when we made known to you the power and coming of our Lord Jesus Christ, but we had been eyewitnesses of his majesty. For he received honor and glory from God the Father when that unique declaration came to him from the majestic glory, ‘This is my Son, my beloved, with whom I am well pleased.’ We ourselves heard this voice come from heaven while we were with him on the holy mountain.”

He speaks here of the Transfiguration, recounted in today’s gospel. Jesus, “after he had told the disciples of his coming death, on the holy mountain he manifested to them his glory, to show, even by the testimony of the law and the prophets, that the Passion leads to the glory of the Resurrection.” His disciples Peter, James, and John “were so terrified” at this experience, but then “Jesus came and touched them saying, ‘Rise, and do not be afraid.’”

Brothers and sisters, we must take God seriously, but we need not be afraid. “Perfect love drives out fear.” The Word became flesh so that we might know God’s love. As Scripture says: “In this the love of God was made manifest among us, that God sent his only Son into the world, so that we might live through him.” – “God proves his love for us in that while we were still sinners Christ died for us.” – “God so loved the world that he gave his only Son, that whoever believes in him should not perish but have eternal life.”  – And “if God is for us, who can be against us?” If the Father has given us his Son, “how will he not also give us everything else along with him?” Jesus Christ, who died and was raised, sits at God’s right hand and intercedes for us.

So during this Lent, cultivate your personal relationship with Jesus, which is so very important. Yes, he is your Lord God and King, but you can personally relate to him in other true ways as well. He is your brother, for you share the same heavenly Father and blessed mother. He is your friend, for “no one has greater love than to lay down one’s life for one’s friends” and he has laid down his life for you. He is your teacher who said, “You call me ‘teacher’… and rightly so, for indeed I am.” He is your hero, champion, and star who by his excellence wins glory throughout the world. And he is your bridegroom, in whom his beloved bride and his best man rejoice. At the heart of our Christian Faith is a Person, Jesus Christ, the Word become flesh who died for you, and Christian life consists in knowing, and loving, and following him.

This entry was posted on February 27, 2021 at 5:37 pm and is filed under Abraham, Blessed Virgin Mary, God the Father, Homily, Incarnation, Jesus Christ, Love, Salvation History, Sunday Homilies, Transfiguration. You can follow any responses to this entry through the RSS 2.0 feed. You can leave a response, or trackback from your own site.