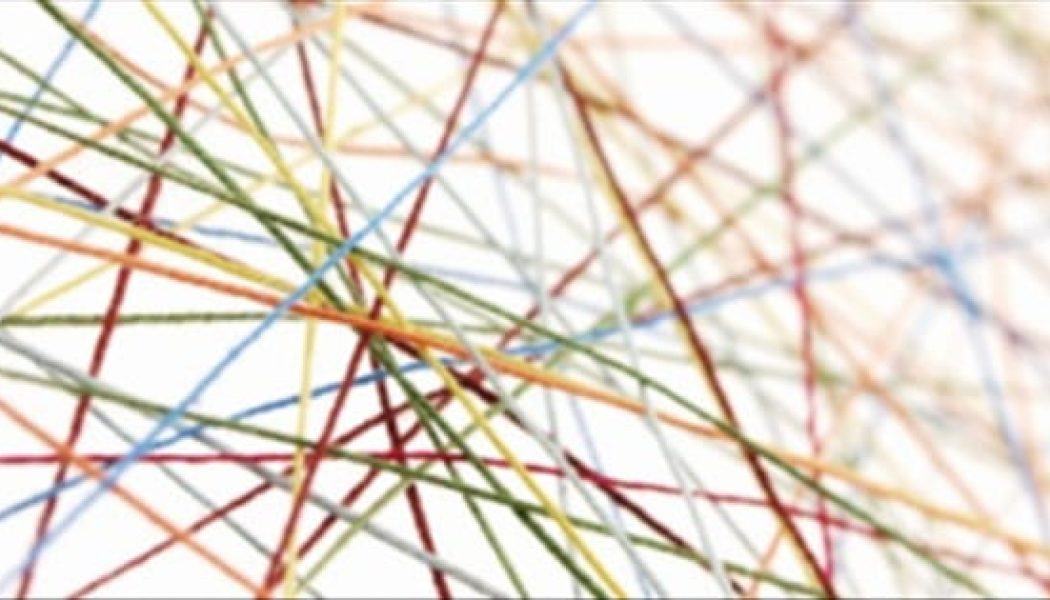 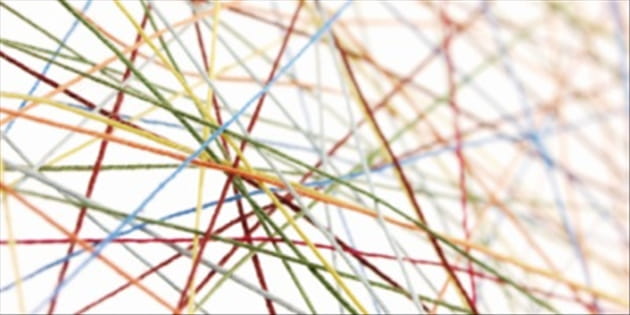 GOD AND FAIRIES
Belief in God. Sigmund Freud called it a childish fantasy. Bertrand Russell compared it with believing that a celestial teapot was orbiting the earth. Richard Dawkins is fond to say that there are many things he disbelieves: woodland fairies, fire-breathing dragons, and Flying Spaghetti Monsters. God is just one more imaginary being he adds to the list.

Instead of tackling time-tested theological arguments for God, atheist popularizers dismiss Him to the realm of elves, trolls, and the Easter Bunny. It’s an evasive maneuver that plays well to those inclined to disbelief.

Russell’s teapot and Santa’s elves are on the long list of things that lack objective evidence, but cannot be emphatically disproved (to do so would require the omniscient perspective under assault). Nevertheless, no clear-headed person accepts them as real. So, the argument goes, the same should hold for God: Even though his non-existence cannot be proved, the absence of physical data demands that rational folk place Him alongside other childish myths and imaginary figures.

It’s a clever argument; but flawed for two reasons.

First, the orbiting teapot and the Flying Spaghetti Monster are admitted inventions that, like fairies, elves, and Santa Claus, are not necessary beings. That is to say, the universe, life, and the fulfillment of man’s transcendent yearnings are not contingent upon the existence of such beings. So, while simple and great thinkers, alike, have been entertained by the exploits of Odysseus and Peter Pan, they have been transformed by the story of God.

Next, contrary to the things of fantasy and fancy, God is not silent. From creation onward, God’s word has been broadcast in multimedia, communicating to all who would hear.

THE WORD OF GOD
The apostle Paul wrote that “faith comes from hearing the message.” To a first-century audience, hearing meant more than audile reception; it meant to understand. Paul went on to explain that hearing was accomplished “through the word of Christ.”

We tend to think of the “Word” as the 66 books of the Bible. But the term, as used in Scripture, more generally refers to the expression of God; whether directly by Him or indirectly through some aspect of his creation. We also tend to limit its application to the “teaching, rebuking, correcting, and training” that Paul mentions to Timothy. But, again, the scriptures reveal something far more encompassing.

The psalmist says that by God’s word “were the heavens made.” The author of Hebrews writes that the word of God judges, discerns, and sustains all things. Jesus says His word is life-giving. When the apostle John refers the “Word,” he uses a Greek concept (logos) for the ultimate source of rational order and knowledge. These attributes suggest something that cannot be fully communicated within the limitations of human language. (In A Footnote to All Prayers, C.S. Lewis wrote that all prayers blaspheme because they are symbols for things that are inexpressible.)

While God’s word is contained in Scripture, it is not bounded by the material matrix of ink and paper or fully comprehensible through human linguistic conventions. Paul’s testimony that “the Spirit himself intercedes for us with groans that words cannot express,” reveals that pure divine thought transcends physical expression.

That is probably why Scripture attests to seven aspects of God’s word, accessed through the physical, rational, social, and spiritual domains of the human experience. They are like the threads of a tapestry that come together to tell a story that engages the heart, soul, mind, and body of our humanness. A brief introduction of each follows.

THE CREATED WORD
“The heavens declare the glory of God; the skies proclaim the work of his hands. Day after day they pour forth speech; night after night they display knowledge.” (Psalm 19:1-2)

The psalmist speaks of the “Created Word”—the four-dimensional fabric of the sensible world breathed into existence by the utterance of God. From the infinitesimal to the infinite, God’s “voice” reverberates throughout His creation. Its design, in integrated and irreducible complexity, bears evidence of the Designer. Its grandeur and expanse give testimony to his eternality and omnipotence. Its rational order and exquisite beauty attest to his omniscience and benevolence. The Created Word stands as an obdurate witness to the Creator.

THE IMPRINTED WORD
“[He is] the true light that gives light to every man was coming into the world.” (John 1:9)

In the gospel of John, we learn that the Creator was the pre-incarnate Jesus Christ, and that His creative work included a maker’s-mark on human nature. As Solomon wrote a thousand years earlier, “[he] had set eternity in the hearts of men.” C.S. Lewis referred to it as our “God-shaped hole.” The “Imprinted Word” is the spiritual impulse stamped on every person—the irrepressible drive to fill a longing that can only be filled by God. It includes the light of reason that enables us to apprehend the universe and our place in it, and the light of conscience—our internal sense of oughtness that alternately defends and accuses us. The universality of the Imprinted Word across time and culture is evidence of its transcendent origin.

Divine thought is also communicated in the prophetic voice. God speaks through the tongues of human agents that we might “hear and understand.” The prophet receives a word from God and proclaims it in order to prompt a life-changing response. The “Spoken Word” also includes prediction. The hundreds of predictions recorded in the biblical record centuries before their fulfillment evince divine inspiration. In foretelling and “forth”-telling, the Spoken Word reveals the God who is.

THE WRITTEN WORD
“All Scripture is God-breathed and is useful for teaching, rebuking, correcting and training in righteousness.” (2 Timothy 3:16)

God’s activity in and beyond time is recorded in the “Written Word” of Scripture. In 66 books penned by 44 authors over 1,600 years, the Written Word is a narrative told in two parts. The first part deals with a nation and God’s relationship with it; the second part centers on a Person and the church He established. In preview and review, the “Written Word” tells of God’s redemption of the human race through Jesus Christ. In so doing, it lays out the only belief system that is logically coherent, corresponds to reality, and has proven capable of filling our “God-shaped hole.”

THE INCARNATE WORD
“The Word became flesh and made his dwelling among us . . . No one has ever seen God, but God the One and Only, who is at the Father’s side, has made him known.” (John 1:14-18)

Jesus Christ is the fullest revelation of God and the highest example of holy living. As opposed to the remote, indifferent deities of paganism, the “Incarnate Word” is a personal God who takes great interest in His creation. So much so, that He entered the world in human form to walk in our shoes and experience temptation, hunger, and rejection before suffering the penalty for our guilt. He is an Advocate who, because He took on human flesh, empathizes with our failings and sufferings. The “Incarnate Word” is the most compelling evidence of God’s limitless love.

THE INDWELLING WORD
“But the Counselor, the Holy Spirit, whom the Father will send in my name, will teach you all things and will remind you of everything I have said to you.” (John 14:26)

There is perhaps no Christian doctrine less understood than the Holy Spirit. And yet, as Paul tells us, it is exclusively by Him that a person comes to confess “Jesus is Lord.” At that point, the Spirit takes up residence in the heart and mind of the believer. The “Indwelling Word” is the ever-present Comforter and Counselor, who launches a life-long process of transformation in the citizens of the Kingdom. The otherworldly change in the lives of Christians has caused even their critics to wonder, “Look how they love one another.”

THE CORPORATE WORD
“His intent was that now, through the church, the manifold wisdom of God should be made known to the rulers and authorities in the heavenly realms.” (Ephesians 3:9-10)

The invisible body of individuals who profess Jesus as Lord is the Church. As the incarnation of Christ between the cross and second coming, the “Corporate Word” advances God’s kingdom by shaping culture and leading people to saving faith and holy living. The transformational impact of Christ’s image-bearers on society, and their care for the “least” and the “last,” is a testimony to the world-changing message of God.

A DIVINE TAPESTRY
Contrary to the straw men foisted on us by popular atheists, God has given ample evidence of his existence. The Created Word, Imprinted Word, Spoken Word, Written Word, Incarnate Word, Indwelling Word, and Corporate Word are interwoven threads in a divine tapestry that reveals the Weaver through the supra-natural narrative He has crafted. Knitted in that masterwork is man, who is invited to explore each thread so that he may encounter and know his Creator.

“And this is eternal life, to know you the only true God and Jesus Christ whom you sent.” (John 17:3)

(This article first appeared on www.BreakPoint.org)