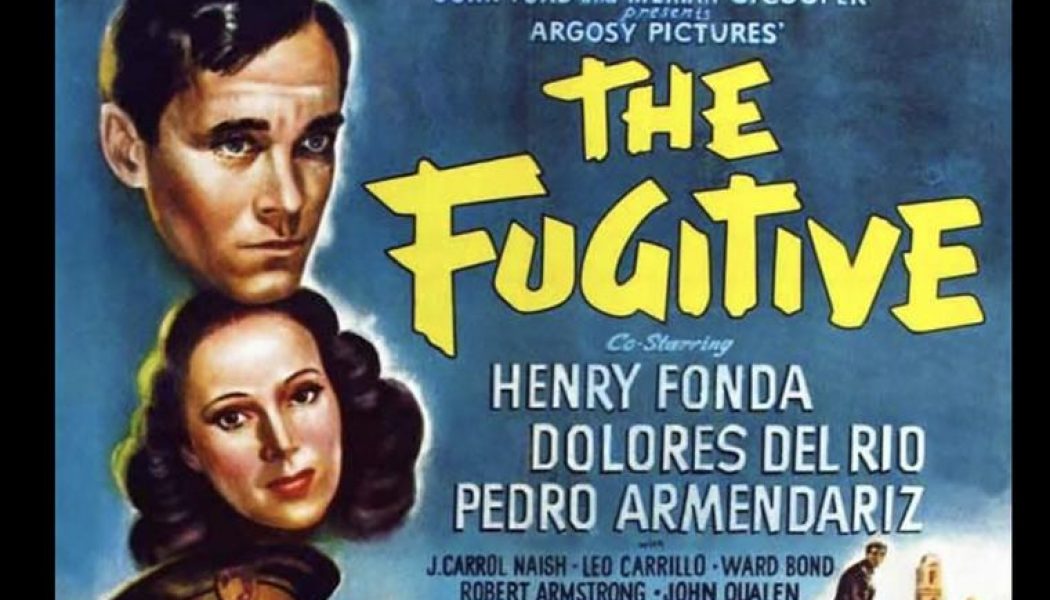 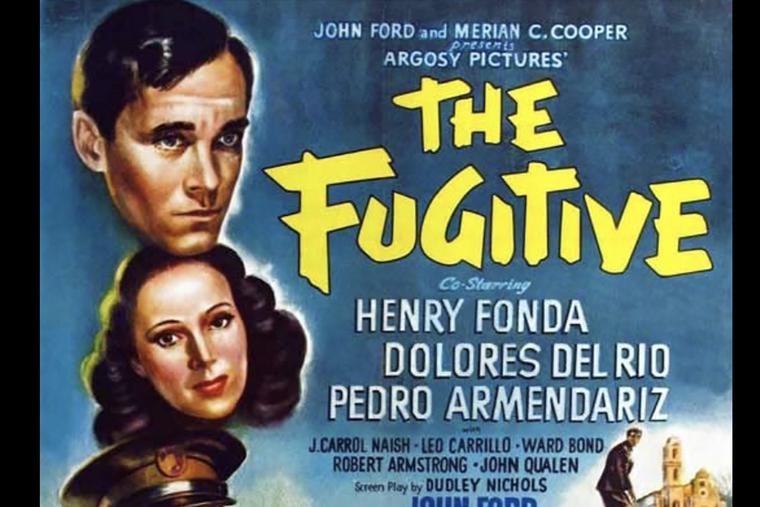 John Ford, record five-time Oscar winner for Best Director and mastermind behind such classics as Stagecoach, The Grapes of Wrath, The Quiet Man, and The Searchers, considered the little-known The Fugitive as one of his favorite and most personal films. It is a hard film to track down these days, but it has been made available to rent on YouTube for a reasonable price. Quieter and more contained than his other, better-known epics, The Fugitive is based on Graham Greene’s novel The Power and the Glory and stars Henry Fonda as the nameless priest — the fugitive.

Why is the priest a fugitive? We learn he is wanted by the anti-clerical, anti-Catholic government in a nameless state in Latin America in their hunt to eradicate all priests from the land. And in these times, eradication means annihilation. The chief of police shows his lieutenant a mug shot of the priest. “Not a very good picture, but it’s what we got,” the chief says. “They all look alike to me,” the lieutenant replies. “I’ve shot him a dozen times.”

The hunted priest, however, is neither a hardened criminal nor a fearless martyr. While journeying from village to village, seeking to make his escape to another state, he attempts to blend in with the locals by wearing a buttoned-down white shirt as opposed to a Roman collar. He speaks quietly, uncertain, as if harboring doubts about perhaps the vocation he chose, if not God himself. We expect to see the stoic courage of a martyr as death closes in on him, but here we often see just a man holding back.

Still, he is a man who never forgets who he is, even if anxiety continually gets the better of his character. He still baptizes — even baptizing residents of an entire spiritually starving town who have been void of the presence of God for ages. A family requests a private Mass, but a no-good transient, a Judas character (J. Carroll Naish), consumes all the wine from the priest’s traveling Mass kit. “It wasn’t consecrated, was it, Father?” he asks between long gulps. The priest then goes on a journey to procure wine that ultimately leads to his arrest.

Over time, the priest learns true virtue from those he encounters. When the police arrive in the town looking for the priest, who is hiding amid the crowd, none of the townspeople speak up to turn him in. So the police take one of the men from the town as a hostage. He is hauled away, but never implicates the priest, and neither does anyone else. A female bartender with a baby, who we first meet in the tiny, abandoned church on a hilltop, urges the priest to escape with her. That the father of her child is none other than the lieutenant of police, who is clearly not involved in either her life or the baby’s, is an extra layer of characterization. “When did you lose your faith?” the priest asks the lieutenant. “When I found a better one,” he answers.

Redemption for the priest comes in the form of another character, a hardened American outlaw, El Gringo (Ward Bond, a regular Ford player), on the run from authorities. We know he is a lapsed Catholic in El Gringo’s crucial death scene. And while he refuses a final confession, it was his willingness to protect the priest and in doing so sacrifice himself that ultimately wakes up the priest to the magnitude and demand of his own vocation.

There is much ambiguity in the setting, time period, and even in the lack of character names (they are called, for instance, “A Fugitive,” “A Police Informer,” “A Refugee Doctor,” “A Hostage,” etc.). This lack of clarity actually makes the story more timeless, more universal. In this way, Ford and his screenwriter, Dudley Nichols, succeed in drawing us in perhaps more than if a setting and time period was stated. Here, we push aside all the window dressing and are forced to follow the priest and those around him in all of their flaws, but also their toughness. Like the other great filmmakers, John Ford is confident that not everything needs to be explained, and he has faith that his audience can experience the film without having their hands held with constant information.

However, this is, after all, an adaptation of The Power and the Glory. In Greene’s novel the setting is stated (Mexico), the time period is clear (the 1930s), and the priest, while still without a name, is called the “whisky priest,” for the obvious reason that he’s an alcoholic. His faith is in far more conflict in the novel as well, and Greene, far more explicitly than the film version, spends more time on vignettes about the priest’s interactions with others while on his journey. The Fugitivedoes not have this luxury, but in its rawness and brevity deftly conveys a tone of foreboding.

Part of the way Ford achieves this is through the remarkable black and white cinematography by Gabriel Figueroa. Figueroa was a Mexican cinematographer who shot most of Luis Buñuel’s Mexican-era films, and his work on The Fugitive does not merely record the movement of the actors, but itself contributes to the layers and ideas of the story. When Henry Fonda’s priest first opens the door to the hilltop church, the camera is angled not at Fonda’s figure, but his shadow. How his shadow is framed not only evokes Christianity’s most powerful symbol, but is a clue for the audience about the priest’s own future fate. This might be dismissed as perhaps a bit over-the-top, and the film — not a financially successful one for Ford, which was independently produced of the major Hollywood studios — endured harsh reviews railing the film’s pious religious imagery.

The original Greene story dealt with the Mexico of the Cristeros War, a rebellion brought about by Mexico’s 1917 Constitution that enacted a secularist, atheistic, anti-clerical, and anti-Catholic state. Ford’s story of anonymous misfits seeking some kind of solace — salvation — in a Godless landscape that yet still hungers for God thus encompasses all religious persecutions at the hands of the state. In this way, The Fugitive is truly a catholic (universal) film, and once again proves that the beauty and depth of Catholicism’s rituals, imagery, and worldview, when in the right hands, makes for compelling cinema.

John Ford (1894-1973), while perhaps best known for his westerns, was quite proud of The Fugitive. Normally reticent and elusive in interviews, he was clear with how he felt about The Fugitive. “To me,” he said, “it’s perfect.”