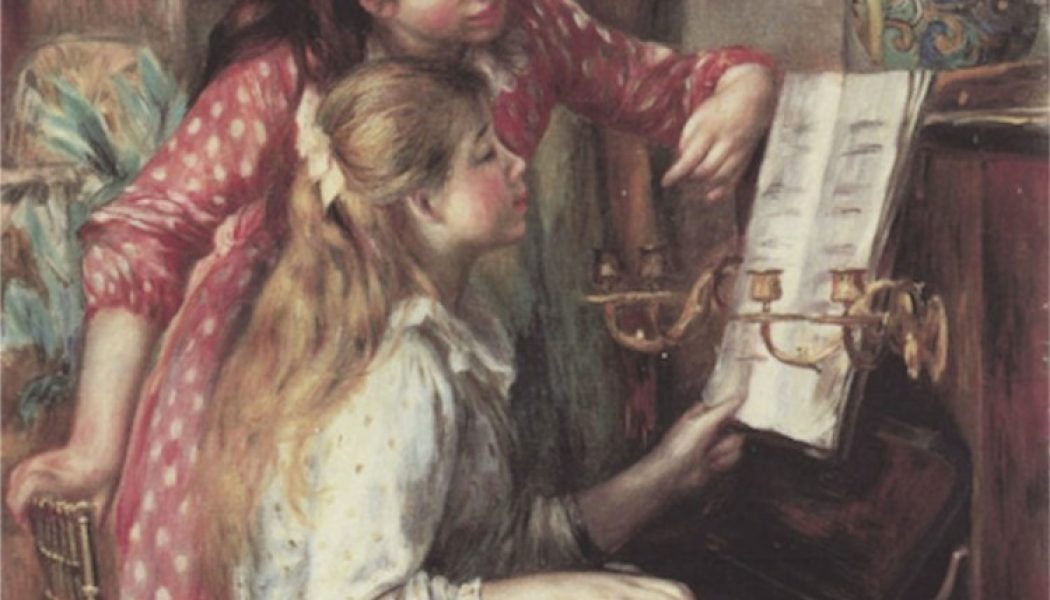 In all of my teaching (in about 50 distinct classes), I’ve seen the greatest impact of any contemporary book from John Senior’s The Restoration of Christian Culture. One line in particular always stands out, causing shock and dismay in the students: “smash the television set!” “Isn’t that so extreme? How could he say that? He’s just a curmudgeon!” It’s actually been the most impactful line from the book. I’ve kept a tally of how many students literally have smashed their TVs and so far it’s about a dozen. His case for smashing the TV is worth a long quote, as it provides the context of needing the soil of Christian culture and his proposed replacement for media:

Our Lord explains in the Parable of the Sower that the seed of His love will only grow in a certain soil–and that is the soil of Christian Culture, which is the work of music in the wide sense, including as well as tunes that are sung, art, literature, games, architecture–all so many instruments in the orchestra which plays day and night the music of lovers; and if it is disordered, then the love of Christ will not grow. It is an obvious matter of fact that here in the United States now, the Devil has seized these instruments to play a danse macabre, a dance of death, especially through what we call the “media,” the film, television, radio, record, book, magazine and newspaper industries. The restoration of culture, spiritually, morally, physically, demands the cultivation of the soil in which the love of Christ can grow, and that means we must, as they say, rethink priorities. . .

First, negatively, smash the television set. The Catholic Church is not opposed to violence; only to unjust violence; so smash the television set. And, positively, put the time and money you now spend on such entertainment into a piano so that music is restored to your home, common, ordinary Christian music, much of which is very simple to play. Anybody can learn the songs of Stephen Foster, Robert Burns, the Irish and Italian airs, after even a few hours of instruction and practice. And then families will be together at home of an evening and love will grow again without thinking about it, because they are moving in harmony together. There is nothing more disintegrating of love than artificial attempts to foster it in encounter groups and the like: Love only grows; it cannot be manufactured or forced; and it grows on the sweet sounds of music. . . .

But first, you cannot be serious about the restoration of the Church and the nation if you lack the common sense to smash the television set. You often hear it said that television is neither good nor bad; it is an instrument like a gun, morally dependent on the motive for using it, not as the moralists say per se evil but only accidentally so, which is true; but concrete situations are per se accidental! There is a mean between per se and accidental called the determinant, which means what happens so many times and/or so intensely as to determine an outcome. It is usually the general, as opposed to the universal on the one hand and the particular on the other, which determines; but sometimes the determinant factor is a minority or even, though very rarely, a single case.

Television is both generally and determinantly evil–not just accidentally so. It is not a matter of selecting the best programs, influencing producers and advertisers or starting your own network. Its two principal defects are its radical passivity, physical and imaginative, and its distortion of reality. Watching it, we fail to exercise the eye, selecting and focusing on detail–what poets call “noticing” things; neither do we exercise imagination as you must in reading metaphor where you actively leap to the “third thing” in juxtaposed images, picking out similarities and differences, a skill which Aristotle says is a chief sign of intelligence. So television is intrinsically evil, though it is obviously extrinsically so as well. There is nothing on the television which is not filtered through the secular establishment. . . .

The whole of television is misdirected because its managers are not just non-Christians but anti-Christians. It is not just the obviously bad programs but the deceptively “educational” ones which are managed with the same end in mind–which is nothing less than the extirpation of Christ from culture by excision and distortion. Even if a particular sequence or shot, a sports event or vaudeville act, for example, isn’t in itself so bad, the context is, and the context determines. Worse, as I said, because more insidious is the unreality. “My football game!” the old man cries. But here you touch not only on television but on the professionalization of sports where the armchair quarterback puffing his gut on insipid American beer and potato chips, gapes like Nero at the gladiators hacking each other up, while his neglected children take up punk rock on their car cassettes. If you really like football, get out on Saturdays and play it with the boys.

And he comes back to the smashing once more:

Perhaps someone reading these words right now will cross the room
and smash the television set. Just that alone, though it will not change some abstraction called history, will make all the difference in his life and especially in the lives of his children. Perhaps someone will smash the television set, turn off the lights, call his family into the living room, start a fire in the fireplace, if there is a fireplace, and if not, why not? Dr. Johnson said you can measure the excellence of literature by the amount of life it contains. Analogously, we can measure the excellence of our houses by how much of the family they have in them. If you measure the hi-fi set against a piano, for example, you can see that families don’t gather around the stereo and sing.

If Mr. Senior were with us today, the line would certainly read: “Smash your smart phone!” It’s bad enough to be sucked into a screen that sits in your living room, mediating reality to you and blocking a living culture, but now this virtual reality follows us around, stalks us, and constantly provides distractions. It’s true in anyone’s experience: it blocks out interaction with others and ties up so much mental space. I would highly recommend Nicholas Carr’s book The Shallows: What the Internet Is Doing to Our Brains for hard evidence of the mental overload and even physical changes to the brain that comes from the oversaturation of media, making it difficult to read and think deeply. We are all too aware of the isolation and emotional distress that follows from addiction to devices.

So, it is time to smash it. And, I’m happy to report on my own liberation:

Here is my biggest takeaway from smashing my smartphone: I now have a phone again. Just a phone, not a computer intruding into my life and eating up so much of my bandwidth. Things can wait and should wait. No more notifications going off during meals, prayer, and in bed. When I need to check something, I do, and much unnecessary surfing has been cut out of my life. It is certainly an inconvenience to go back to a flip phone, but one that is worth it for what has been regained with presence to who and what is at hand and peace of mind.

In addition to the difficulties surrounding mental processing and being attentive to others, there is a deeper spiritual problem that can arise from the oversaturation of technology. R.J. Snell’s work on the vice of sloth (or acedia) examines the internal disposition that leads to a hatred of life and an unwillingness to give oneself to others in joy and love. In Acedia and Its Discontents: Metaphysical Boredom in an Empire of Desire (Angelico, 2015), he describes the deep spiritual malaise that has overtaken our culture. “Moderns struggle to find the world beautiful, or good, or of worth, and once the world and things of the world are thought worthless in themselves, they bore us. Further, we struggle to find worth in other person or ourselves. However horrifying, we find this boredom impossible to give up—we like boredom—because the meaningless of the world allows us to treat it and others and ourselves exactly as we wish” (60). This sloth is not simply a laziness that refuses to do anything but a frenetic activity that results in “tedium, restlessness, wanderlust, hatred for place, prideful and frenetic activity, floating from task to task” (62-63). We have fallen into a nihilism that creates a deep spiritual sloth that refuses to accept communion with God and others as the true path to freedom, because it is seen as burdensome and restricting. In contrast, Snell speaks of the weightiness of ordinary things through which we yoke ourselves to reality and to one another in love. “God’s instruction is needed, and yet God often teaches through ordinary things, through things available if we would attend” (96). Life is good and it calls us out of ourselves to find meaning in things which, though ordinary, call us to greatness of soul.

Let’s smash the TV and the smartphone so that we can rediscover the ordinary things and do them.