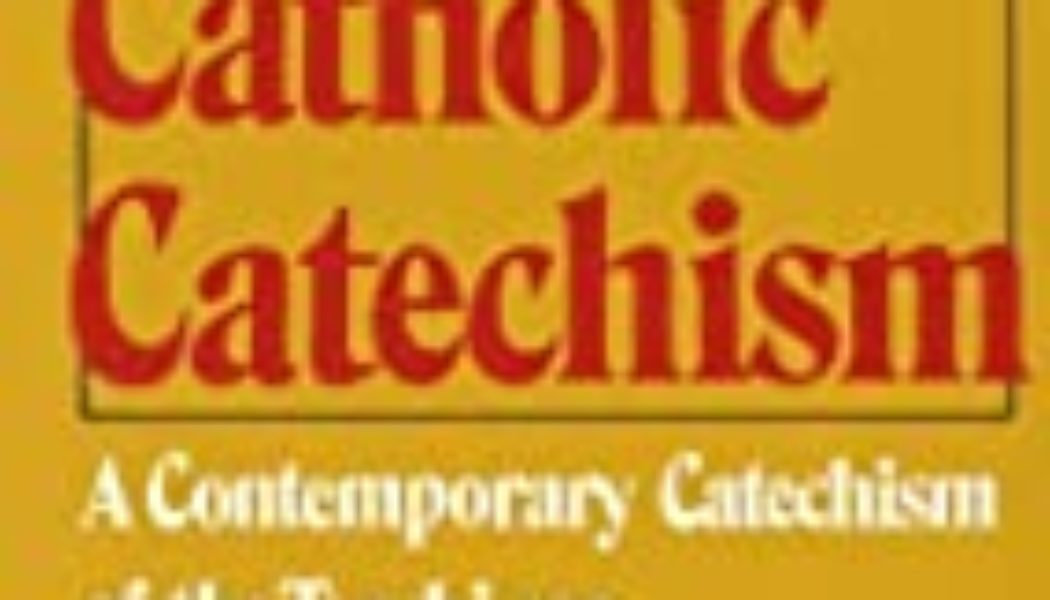 After a number of years away from the faith of my childhood, I made the decision to return to the Catholic church.  After attending a few masses, my heart longed to receive the Eucharist, so I made the necessary appointment to go to confession at the parish.  In my youth, we were instructed to go to confession every 2 to 3 months or as the need arose after an examination of conscience.  And I have done this.  Each time I received absolution and prayed my penance and reread Psalm 51.  During mass, I would repeat my prayers and my Act of Contrition before receiving Jesus again.
Recently people I know who have also been away from the church for years asked me to take them to mass.  I did so.  But when it came time for communion, they arose and went to receive it, even though they hadn’t made a confession for their lapses from the commandments over the years.  After mass, I reminded them of the need for the sacrament of confession and that our priest was very easy to speak with.  He makes special appointments as well.  I tried to explain that reconciliation is necessary, and they both said it wasn’t.  They said since they prayed every day that’s all they had to do and that I shouldn’t judge them.  Father, I wasn’t and am not judging anyone.  Only God can judge them.  But I was trying to share what I was taught before Confirmation, thinking that maybe they had forgotten.  It has troubled me deeply.  I know the Church requires all of us to go to confession at least once a year and to go to mass every Sunday and Holy Day, whether we receive communion or not.  I know that we are called to avoid the 7 deadly sins and to follow the ten commandments, and “to avoid the near occasion of sin.”  What should I do?  I was taught that what they are doing is sacrilege but I don’t want to lose their friendship.  What should I do?  Was I wrong to say anything?  I am confused by all of this.  I hope you have time to answer me.  I know that I will get a very straight-forward answer from you.  Please help me know what to do, Father.

I commend you for your return to your Faith, and making sure that you were confessed and ready to receive Communion again.  You did it the right way.

I also commend you for being available to take others to Mass with you.

Your concern for them doing this the right way is also commendable, as was your gentle approach.

Yes, it is highly probable that your friends are not properly disposed to receive the Eucharist.

What should you do?

Firstly, don’t come down hard on them.  However, it is a spiritual work of mercy to instruct the ignorant.

We have to be properly disposed to receive Communion.  Because we are both body and soul, we have to be disposed in both body and soul.  We dispose ourselves in body by fasting.  We dispose our souls by making sure we are in the state of grace.  While there are extraordinary means to return to the state of grace, the ordinary means is the very means that Christ established in His Church: the Sacrament of Penance.  Going to confession and being absolved is how Christ wants us to be reconciled with Him, the Church and ourselves.  If it was sufficient to do something else, he would not have given His own power to the Church in the Apostles, bishops and priests, to forgive sins in His person: “I absolve…”.

It could be a good gesture on your part to invite them out after Mass for coffee or a bite and give then them as “Epiphany presents” copies of the Catechism of the Catholic Church [US HERE – UK HERE] bookmarked at the page describing disposition for reception of Communion.

“Anyone who desires to receive Christ in Eucharistic communion must be in the state of grace. Anyone aware of having sinned mortally must not receive communion without having received absolution in the sacrament of penance.”

It could be that your people will not want to admit having committed a moral sin.  Happily there is also a section in the CCC on mortal sin.  Your breakfasts or lunches after Mass could wind up being an impromptu study sessions.

In my experience, sitting down with someone at a copy of any catechism, be it the CCC, or the Roman Catechism or the Baltimore Catechism winds up in a “one thing after another” chase, one paragraph and topic leading to looking up something connected.  The content of our Faith is interwoven such that by looking at one thing, we then also turn to another in a fascinating treasure hunt.

Hold the line on reception of Communion in the state of grace, but don’t be harsh or frowny.  Firm and cordial and ready to “give answers”.

“Always be prepared to make a defense to any one who calls you to account for the hope that is in you, yet do it with gentleness and reverence.” 1 Peter 3:15

Hostgator. Login & select from 100+ ready to use templates or create ebook from scratch. This document serves as a guide for investors who are considering purchasing an investment property.