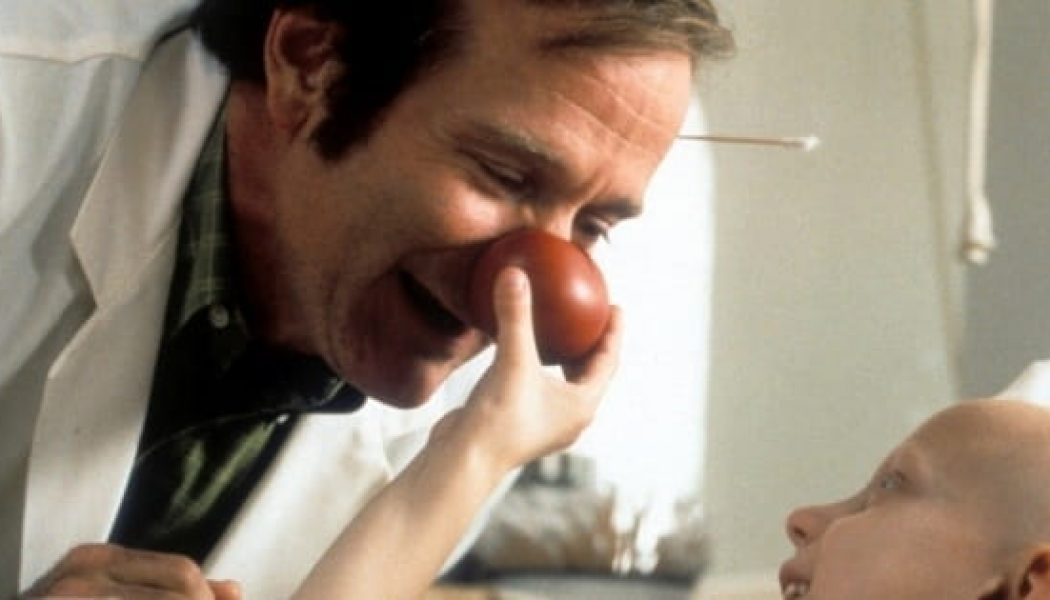 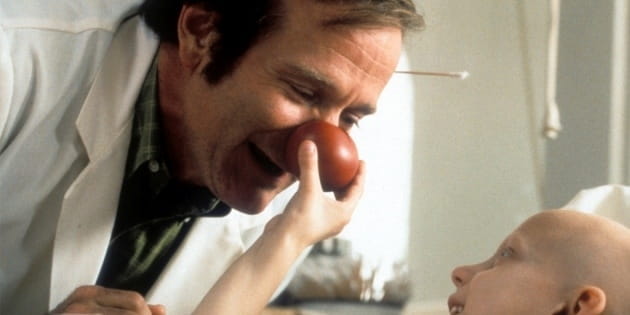 Recently a friend and I were talking about a third friend who is facing undiagnosed, yet very obvious, mental illness. Our mutual friend, “Bob” (real identity hidden), refuses to see a doctor. He thinks everyone in his world has a hidden agenda to harm him. In speaking to my friend, I said, “You know what Bob really needs? He needs a doctor like Patch Adams—one who can disarm him with laughter, win his trust, and then give him the treatment he needs.” Raising the name of fictitious doctor immediately pointed us to Robin Williams, the actor who brought his humorous ways to the screen role of a mental patient turned physician. Less than a week later, the world heard the tragic news of Williams’s death.

We wonder to ourselves how someone who seemed so full of life and happiness could have struggled with depression—and that to the degree that he could take his own life. Apparently, peeking from behind Patch Adam’s big red clown nose, one of Proverbs wise truths reveals itself: The significance of the emotional state of one’s heart may not be obvious to others’ sight. Proverbs tell us why.

Accessible Only to the Owner

First, a person’s emotional state might be accessible only to its owner. “The heart knows its own bitterness and no stranger shares its joy” (Prov. 14:10). It is germane to human existence to hide our pains and sins. Hiding sin began in the Garden; hiding our pains is an unfortunate fruit of the entrance of sin into the world. Because someone may take advantage of our failings and use them to manipulate us to their own ends, we guard our hearts. Tragically, therefore, wounds and fears that need healing from the love of others stay buried in the recesses of our overprotected souls. Only we know how deep is the ongoing bitterness caused from years of neglect, abuse, sorrow, or the fight to quiet these feelings while smiling in public. In wisdom, we should not assume a happy face means someone else is doing well either.

Second, a person’s true emotions might be hidden behind temporary joy or laughter. “Even in laughter the heart may ache, and the end of joy may be grief” (Prov. 14:13). As I have said to my children on multiple occasions, “Your friend who lives to be the life of the party might be doing so in order to keep from showing his real emotions so that he can avoid allowing a saddened face to reveal troublesome home issues. That friend might cry on the way home each day.” Seemingly something similar to this was true for the depressed comedian. While making all of us roar with laughter at a father dressing in drag in order to be with his children, and at a professor who misses his wedding while experimenting with flying rubber, deep within the man who brought us Mork hid an aching heart. Many within our daily spheres of influence do the same, needing for someone with the compassion of Christ to get past their walls of avoidance.

Third, what is taking place inside of a person emotionally might only be evidenced in one’s physical health. “A tranquil heart gives life to the flesh, but envy makes the bones rot” (Prov. 14:30). Treating chemical imbalances contributing to clinical depression with medicine is good and necessary. It also is important to recognize that negative emotions, such as envy, work against giving us peace. It is well documented that certain stresses contribute to high blood pressure, the onset of one type of diabetes, impotence, and depression. Several years ago I developed stress-related alopecia while preaching about the joys of the Gospel Sunday to Sunday! Just as my body was giving a signal about my heart’s deeper status, for some who appear to be emotionally stable, only when such physical factors portray themselves outwardly can we get a clue that all might not be well in the heart.

Needing the Heart of Christ

A heart fully satisfied with God is that for which we all should strive. It is wise to protect our heart – our emotions – from as much ill and evil as we can in this fallen world. Yet it is even wiser to pour out our hurts to Christ and to those who can offer his comfort. Christ is the one who said “Come to me, all who labor and are heavy laden, and I will give you rest. Take my yoke upon you, and learn from me, for I am gentle and lowly in heart, and you will find rest for your souls. For my yoke is easy, and my burden is light” (Mt. 11:28-30).

In Jesus, we can remove our masks and make our hearts known to him. We can say to him, “I’m angry,” “I’m scared,” “I hate the way I’m being treated,” “I’m, tired of being alone,” or, “I just feel like I can’t take anymore of this!” As the one who was mistreated above all others, who beheld more pain than any sinner, who faced the most fearful fear in the universe—the wrath of God, and who forgave those who angered him by their rebellion, Jesus can bear whatever emotion we throw at him with sympathy and empathy. He will not break our trust, or abuse our pain. He will patch up the pains caused by the children of Adam. He offers the joy of his love to provide the rest we need in our hearts.