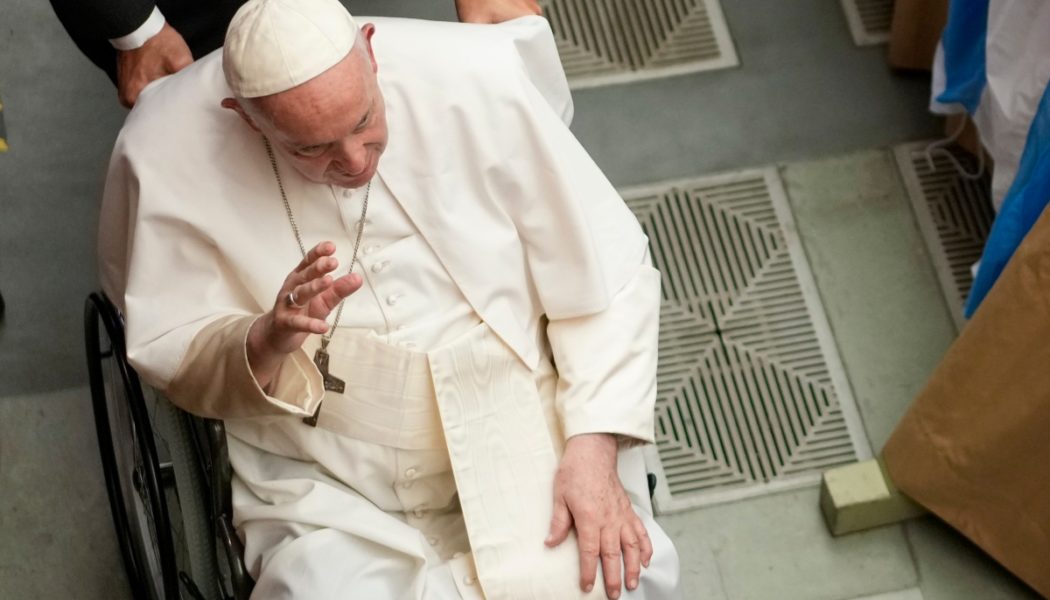 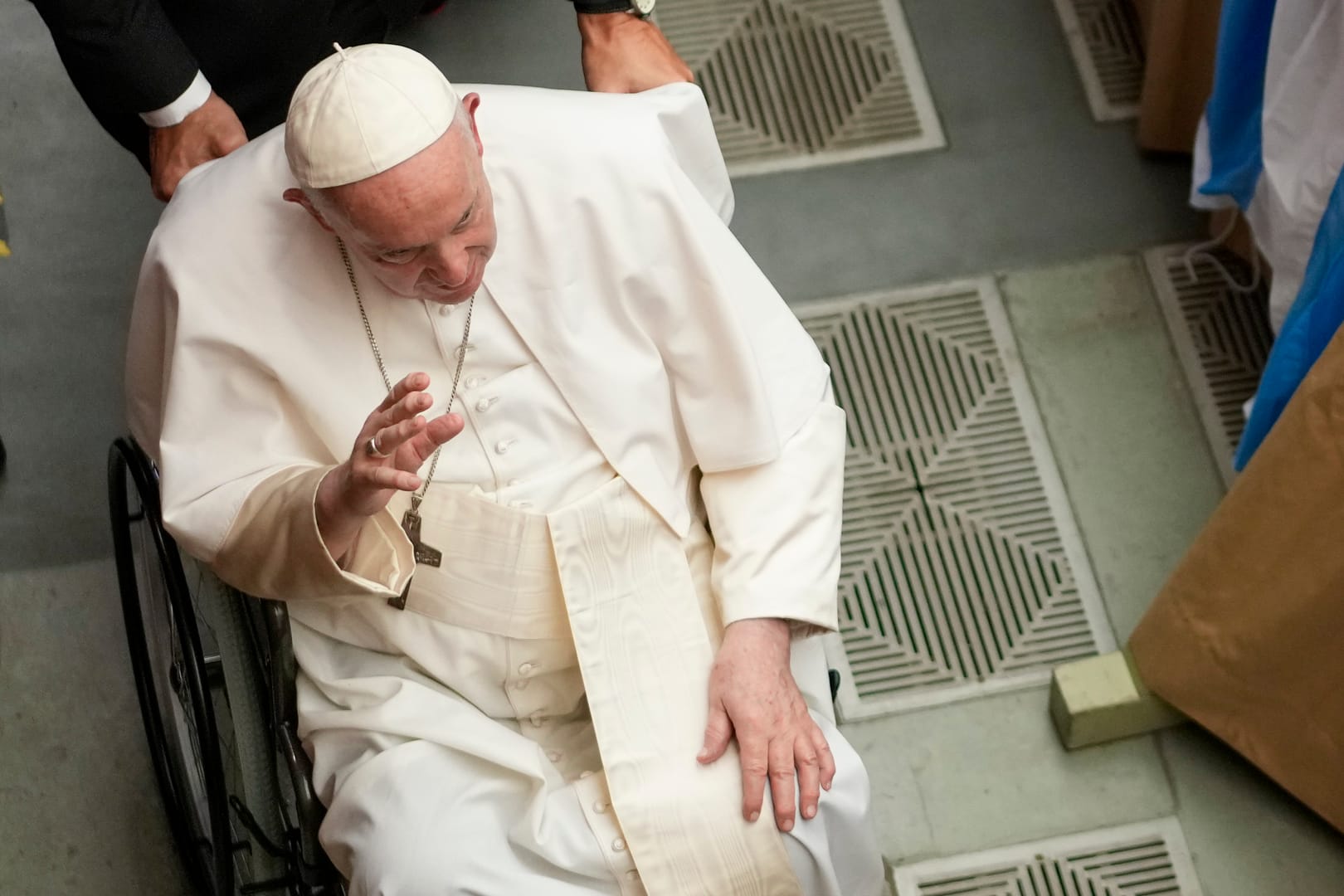 ROME – In American politics, the “empty chair” is a gimmick used when a candidate refuses an invitation to a campaign debate, so the other tries to capitalize on his or her absence by making the story about who isn’t there.

Pope Francis, of course, isn’t a politician, and he’s not heading to the central Asian nation of Kazakhstan this week for a debate. Still, there’s a sense in which the biggest story still is likely to be about who isn’t on hand as much as who is.

The most obvious empty chair in Nur-Sultan, the Kazakh capital, will belong to Patriarch Kirill of Moscow, head of the Russian Orthodox Church, who was scheduled to be present and to meet the pope, but who abruptly backed out last month.

Another unoccupied seat is likely to belong to Chinese President Xi Jinping, who will actually be in country at the same time as the pope on Wednesday, but a meeting between the two leaders, at least for now, doesn’t seem in the cards.

The final empty seat belongs to President Vladimir Putin of Russia, who was never scheduled to be in the country physically, but whose virtual presence nevertheless will loom large.

Officially, Francis is headed to Kazakhstan Sept. 13-15 to take part in the country’s Congress of Leaders of World Religions, an inter-faith gathering held every three years. It will mark the first outing by a pope to Kazakhstan, a largely Muslim and Russian Orthodox nation, since St. John Paul II visited in 2001 in the immediate aftermath of 9/11.

From the beginning, however, the trip has been seen in a larger context as part of Francis’s diplomatic efforts amid the global crisis unleashed by the conflict in Ukraine. Nestled between Russia and China, Kazakhstan seems a natural platform for the pope to try to promote dialogue among the major powers.

Yet as it turns out, each of the three figures he’s arguably trying to reach on the trip, at least indirectly, have reasons for ducking the invitation.

To begin with, Kirill probably isn’t anxious to face questions about his unstinting support for the war in Ukraine, a position that’s proven divisive even among some of his own clergy. Further, the Russian Orthodox leader may still be stinging from a rebuke delivered by Francis in March, when he warned Kirill not to come off as “Putin’s altar boy.”

This is actually the second time a Pope/Patriarch summit has fallen apart, after the Vatican pulled the plug on a possible encounter in Jerusalem in June. In an April interview, Francis said his diplomatic advisers felt such a get-together “could create a lot of confusion,” presumably because it wouldn’t have been matched by a gesture of solidarity with Ukraine.

This time, speculation had been that if the pontiff met Kirill in Nur-Sultan, he also would have made a brief stop in Kyiv either before or after. At this point we’re unlikely ever to know, given that the summit is off.

Speaking of handlers, Xi may be wondering right now why his aides scheduled his first trip outside China since the country’s strict COVID lockdowns began two years ago for Kazakhstan at the same time the pope will be there, inevitably beckoning questions about whether the two men will arrange a tête-à-tête – and, if not, why not.

At the moment, it doesn’t seem especially likely. In a briefing for reporters Friday, a Vatican spokesman essentially dodged the question, saying only that for now there are “no changes to the program” for the pope’s visit and that he didn’t have any more to add.

Not only would Xi likely be hesitant to be drawn into a discussion about China’s somewhat ambivalent position on the Ukraine conflict, he might not want to face questions either about China’s controversial deal with the Vatican over the appointment of Catholic bishops, currently up for renewal, especially with the Sept. 19-23 trial of Cardinal Joseph Zen in Hong Kong set to begin just days after the pope’s stay in Kazakhstan.

The 90-year-old Zen and four other defendants face charges under China’s national security law related to their support for pro-democracy protests in 2019.

It’s difficult to imagine Xi could meet the pope without having to offer some explanation of the charges against Zen and China’s broader policies on religious freedom, which is a conversation he may well not want to have, at least in public, with his bid for an unprecedented third term looming at next month’s party congress.

As for Putin, he was never scheduled to be at the Kazakh event, but his presence will still be felt – after all, Russia and Kazakhstan share a 5,000-mile border, and this will be the closest the pope will have been to Russian territory since Putin’s invasion of Ukraine.

How sensitive is the Vatican about Russia at the moment?

Consider that according to AirportDistanceCalculator.com, the most direct flightpath from Rome to Nur-Sultan crosses over Ukraine and a chunk of southern Russia. The pope’s planned route, however, instead will carry him over Croatia, Bosnia-Herzegovina, Serbia and Montenegro, Bulgaria, Turkey, Georgia and Azerbaijan, while pointedly skirting both Ukraine and Russia.

As a result, the pope won’t even be put in the position of dispatching a telegram to Putin, as it’s his custom to send brief messages to heads of state whose countries he flies over.

Francis has said repeatedly he’d like to visit Moscow, meaning to meet Putin on his home turf. There’s been little signal that Putin is interested in such an encounter, so this might actually be as close as the pope gets.

Pope Francis is, legendarily, a man of dialogue. This week seems poised to put those skills to the test, as the pontiff tries to figure out how to foster a dialogue with not one, but three, missing partners.

Finally, one also has to wonder about Kazakhstan’s timing vis-à-vis papal visits. The last time a pope came calling, the Twin Towers had just crumbled and the War on Terror was about to begin. This time the world’s already at war, and that’s not even the only bit of drama as Francis arrives.

Two decades ago, Kazakhstan’s remarkable legacy of Muslim-Christian harmony seemed to offer a welcome counterpoint to alarms about a broader “clash of civilizations.” We’ll see if the country can offer a similar balm now – perhaps even at a distance, to leaders who’ve apparently chosen to leave their seats empty.