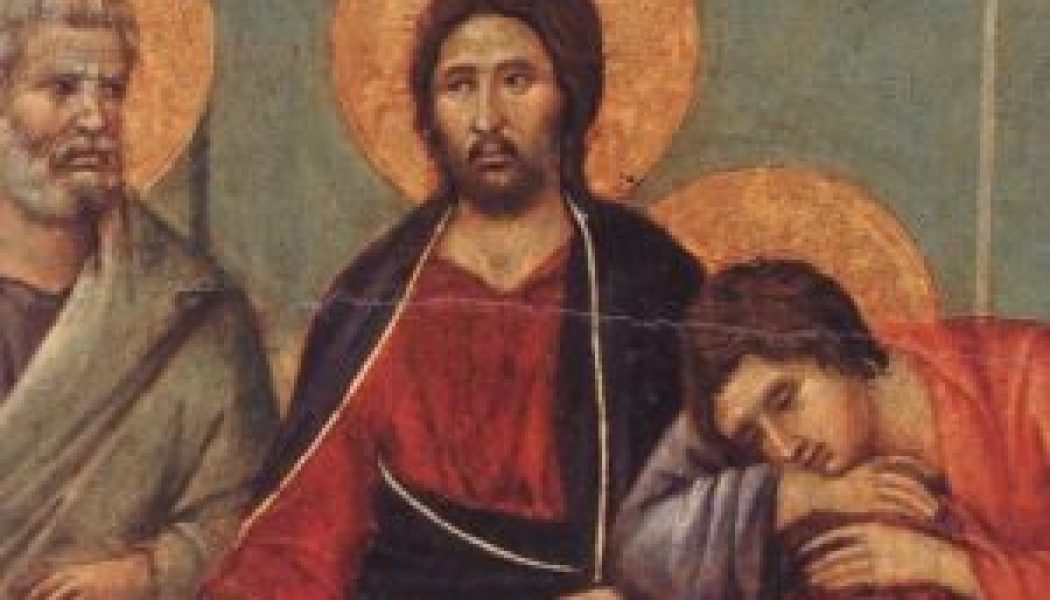 This week in daily Mass, we are reading from The Letter to the Hebrews, one of the most underappreciated books of the New Testament. It has long been one of my favorites from which to teach; in it we are summoned to faith in Jesus, our Savior and Great High Priest.

The opening lines in the Latin Vulgate are exquisite, particularly to those who can read and recite Latin well.

Though many doubt that St. Paul wrote Hebrews, I believe he did; it is here that we best see his priestly identity as an apostle, his deep knowledge of the Temple rituals and how they pointed to Christ and are perfected by Him.

The Letter to the Hebrews does not begin with the usual epistolary greetings and salutations, though it does end with them. Throughout, the text “sounds” more like a sermon. The audience of the letter is clearly Jewish Christians; the writer is exhorting them not to fall back on Jewish rituals, which cannot save, but rather to cling ever more closely to Christ, who alone is savior and Lord.

Hebrews was surely written before the destruction of Jerusalem and the Temple in 70 A.D. (References to the Temple speak of sacrifices as still going on there.) It occurs to me that the context of Hebrews is that of the years from 65-70 A.D., a time during which wars and rumors of wars were growing. Indeed, the tragic Jewish war began in 66 A.D. The Romans had had more than enough of Jewish Messianism and uprisings. It was a horrible, bloody war that cost the lives of more than one million Jews. During this period, Jewish nationalism was on the rise, likely even among those who had become Christians.

Politics has a strong pull, and it is in this context that the author addresses his audience. In effect, his position is that they should not return to what cannot save merely out of some sense of loyalty to a doomed nation. Jesus had prophesied the tragic destruction of Jerusalem in the Mount Olivet discourse recorded in the Synoptic Gospels (Matthew 24 and 25, Mark 13, and Luke 21). With the war clouds gathering, this was the time to cling to Him ever more!

What follows is a quick summary of the exhortation in the Letter to the Hebrews. (In most cases I have not cited chapter and verse below because I pulled from many parts at once.)

Jesus is Lord: Particularly in the first three chapters of Hebrews, the author reminds his audience of the glory of Christ.

Jesus Christ is the radiance of God’s glory and the exact representation of His nature, upholding all things by His powerful word. Having provided purification for sins, He now sits at the right hand of the Majesty on high. Christ is far superior to the angels, as the name He has inherited is excellent beyond theirs. To which of the angels did God ever say, “You are My Son; today I have become Your Father,” or “I will be His Father, and He will be My Son”? When God brings His firstborn into the world, He says: “Let all God’s angels worship Him.”

Yes, God has subjected all things to Him, leaving nothing outside of His control. Christ is crowned with glory and honor because He suffered death so that by the grace of God He might taste death for everyone, bringing many sons to glory. By His death Christ destroyed him who holds the power of death—that is, the devil—and freed those were held in slavery by the fear of death.

Jesus is the True High Priest: The author of the Letter to the Hebrews then goes on to describe how Jesus has a true priesthood, greater than that of the priests in the Temple.

Jesus has been counted worthy of greater glory than Moses. He is the great high priest who has passed through the heavens, entering the inner sanctuary behind the curtain. Jesus has entered on our behalf. He has become a high priest forever in the order of Melchizedek. Indeed, God the Father says of Jesus His Son, “You are a priest forever in the order of Melchizedek.”

Jesus is the Perfection that was Promised: The Letter to the Hebrews is essentially an exhortation not to leave the perfect to go back to the imperfect. The Temple and what takes place there is now no more than a movie set filled with actors playing their roles. Jesus is the true and perfect High Priest, who enters into the true and actual Holy of Holies. The Temple rituals merely point to what Jesus actually does:

Jesus is the true High Priest, who sat down at the right hand of the throne of the Majesty in Heaven and who ministers in the sanctuary and true tabernacle set up by the Lord, not man. He entered the greater and more perfect tabernacle, not made by hands (that is, not of this creation).

Because every high priest is appointed to offer both gifts and sacrifices, it was necessary for this One also to have something to offer. He did not enter by the blood of goats and calves, but He entered the Most Holy Place once for all by His own blood, thus securing eternal redemption. If the blood of goats and bulls and the ashes of a heifer sprinkled on those who are ceremonially unclean sanctify them so that their bodies are clean, how much more will the blood of Christ, who through the eternal Spirit offered Himself unblemished to God, purify our consciences from works of death so that we may serve the living God?

By speaking of a new covenant, He has made the first one obsolete, and what is obsolete and aging will soon disappear (Heb 8:13).

Anyone who rejected the Law of Moses died without mercy on the testimony of two or three witnesses. How much more severely do you think one deserves to be punished who has trampled on the Son of God, profaned the blood of the covenant that sanctified Him, and insulted the Spirit of grace?

Do not throw away your confidence; it holds a great reward. You need to persevere, so that after you have done God’s will, you will receive what He has promised.

What is the meaning of this letter for us who read it so long after the Jewish war of 70 A.D? It is simply this:

We are easily mesmerized by politics and cultural movements, exhibiting more loyalty to them that to our Savior and Lord, Jesus Christ. Distracted by modern ideas and urgencies, we forsake the message of Christ. We’ll salute Christ, but only if His message agrees with our views and priorities. The Letter to the Hebrews tell us not to give our heart to what cannot save, not to return to the obsessions of a worldly kingdom of darkness now that we have been summoned to the Kingdom of Light.

Jesus deserves your highest loyalty; He alone can save you. Put not your trust in princes and in mortal men in whom there is not help (Psalm 146:3-4). If we forsake Christ for something lesser, do we not treat lightly His blood, which sanctified us, and insult the spirit of grace? Are you worthy of Jesus Christ or are you just worthy of a political party or some popular ideologies of this passing world?