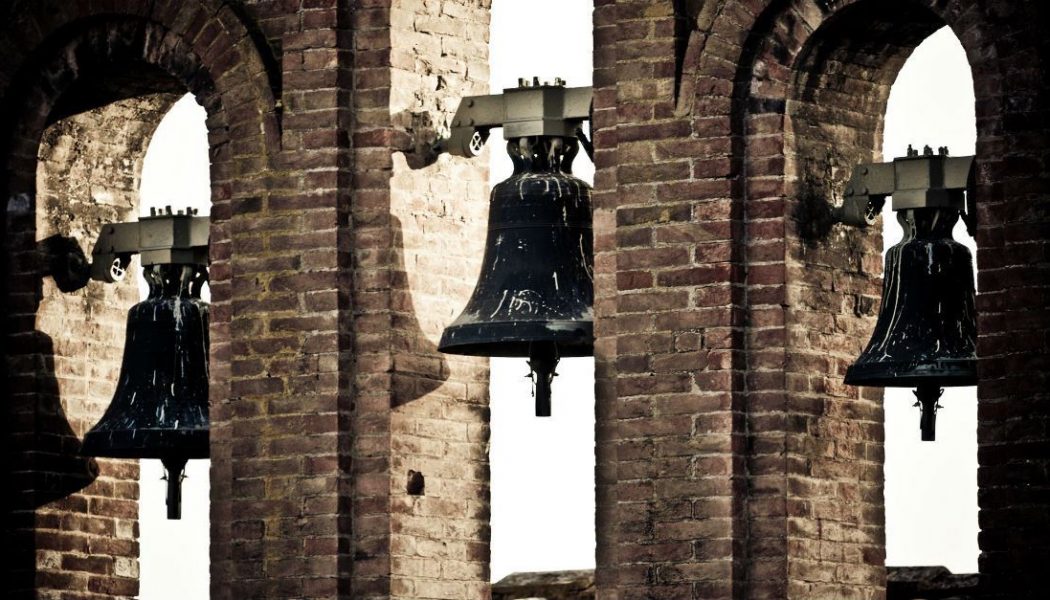 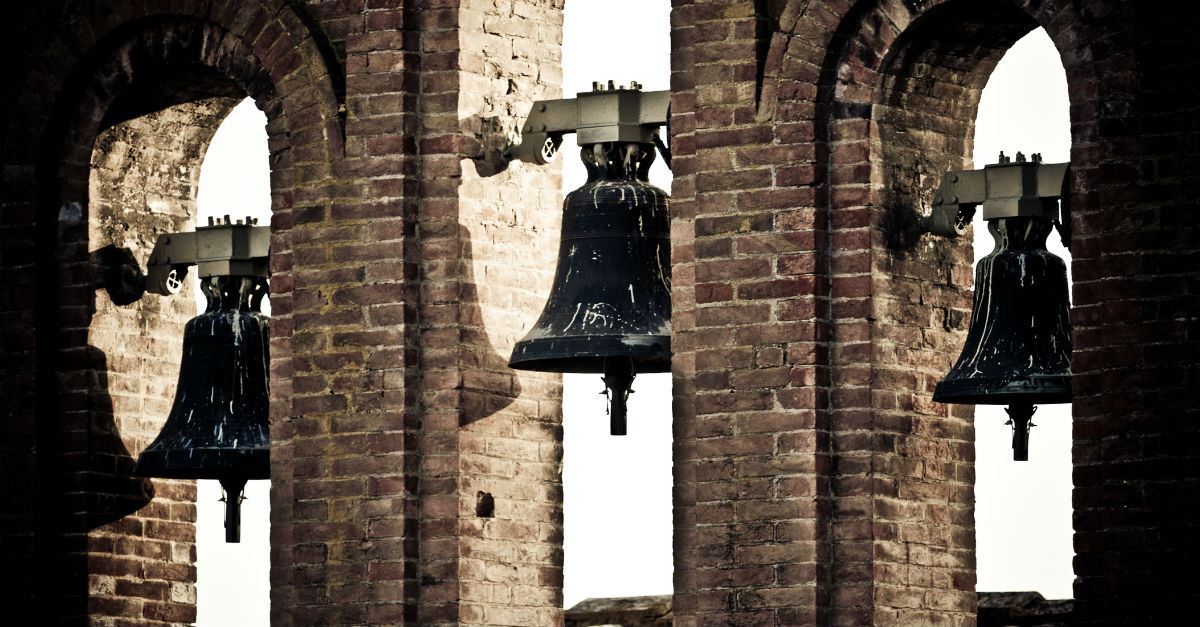 The Bible neither requires nor forbids the ringing of church bells, but does encourage the faithful to “make a joyful noise” (Psalm 100). Since the fifth century, some Christian churches have been ringing bells for spiritual and practical purposes such as to call the faithful to worship, to highlight a particular stage during a church service, to remind the faithful of God’s presence in their daily lives, and to announce important occurrences to the local community.

Bells in the Old Testament

Biblical law allowed only the high priest to enter the Holy of Holies and only one time a year, on the Day of Atonement, to make offerings to atone for the sins of God’s people. If the high priest did not precisely follow biblical law in how he purified himself, dressed, and acted in relation to his duties within the Holy of Holies, God would strike him dead (Leviticus 16).

Whether this tradition is grounded in truth or not, we can see that as early as Old Testament days, the sound of bells ringing meant good news for God’s people because the jingling indicated that the people’s sins had been atoned for in a way acceptable to God.

Although the ancient Hebrews didn’t use bells as a common part of their daily worship, Christians began the tradition of using bells as part of their worship and as a way to communicate information over long distances.

The Origin of Church Bells

The use of bells in churches dates back to 400 AD when an Italian bishop named Paulinus of Nola introduced bells as part of Catholic church services. In 604 AD, Pope Sabinian officially sanctioned the ringing of church bells during worship. Specifically, Pope Sabinian introduced the custom of ringing church bells during the celebration of the Eucharist and to announce times of daily prayer called the canonical hours. By the early Middle Ages, church bells were common in Europe.

For example, in 18th century America, church bells rang not only as a part of worship, but also to alert communities of important events such as the end of a war, of emergencies such as a fire, or of an important community gathering.

In small villages, church bells also rang to announce deaths to solicit prayers for the deceased’s soul, and rang in a kind of Morse code that the hearers knew how to decipher. When a death was announced by church bells, the age of the deceased was sometimes rung as well. In sparsely populated villages, such death knell rings could effectively identify who had just died.

The Uses of Church Bells Today

Today, certain Christian denominations use large and small bells as part of their worship. These churches ring large bells from steeples or bell towers either by means of a bell-ringer who stands in the towers and pulls on ropes attached to the bells, or by automatic bell ringing equipment.

Some churches also ring small bells inside the church at particular intervals during worship. Churches such as those of the Anglican, Catholic, and Lutheran denominations ring bells to:

– Signal that Mass (Catholic) or service (Protestant) is about to begin

– Announce that three specific daily prayer times have been reached—6 a.m., 12 p.m., and 6 p.m.—during which the faithful are encouraged to unite in prayer, such as the Lord’s Prayer or the Angelus

– Honor a special occasion taking place at the church, such as a wedding or funeral;

– Highlight a specific stage of a church service, such as when handbells are rung during a Catholic Mass to draw attention to the priest’s elevation of the consecrated Host and Precious Blood during the Eucharistic Prayer

– Accompany the signing of hymns, as seen during services that include handbell choirs

There is also a belief among some Christians that the ringing of church bells drives away demons. This belief may be rooted in ancient pagan celebrations in which bells were rung to drive out evil spirits.

Notably, the purposeful silencing of church bells also has spiritual significance. In some Christian churches, the only time during the year when church bells are purposely not rung is during the solemn period between Maundy Thursday and the Easter Vigil. In these churches, the bells ring again during Easter Sunday in celebration of the glorious Resurrection.

Dolores Smyth writes about faith and parenting. Her work has appeared in numerous print and online publications. You can follow her work on Twitter @LolaWordSmyth.