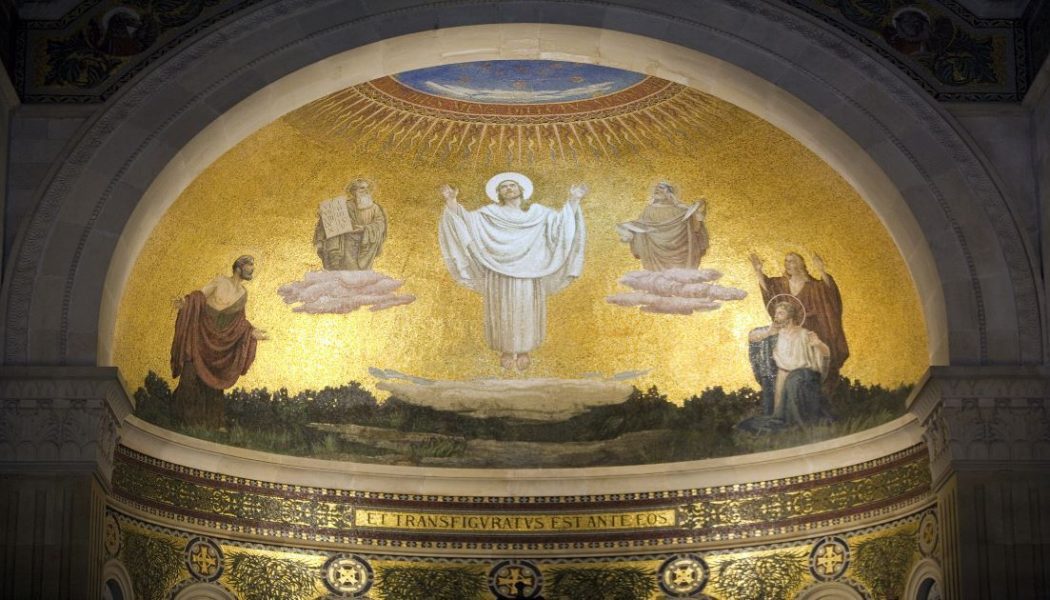 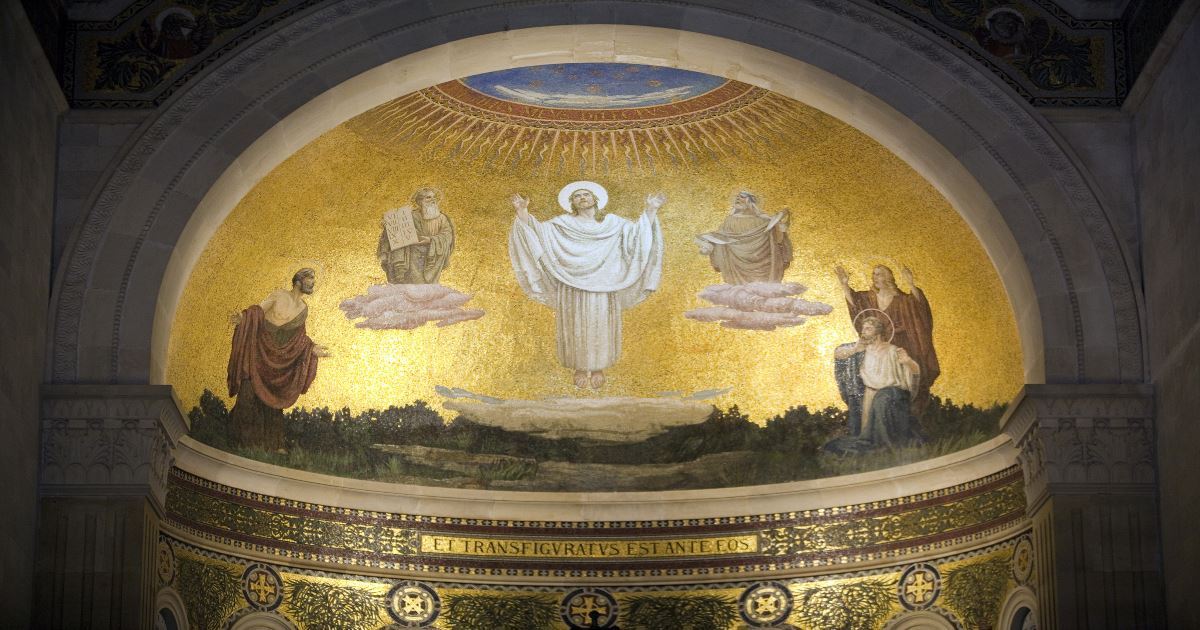 “After six days Jesus took Peter, James and John with him and led them up a high mountain, where they were all alone. There he was transfigured before them. His clothes became dazzling white, whiter than anyone in the world could bleach them. And there appeared before them Elijah and Moses, who were talking with Jesus. Peter said to Jesus, “Rabbi, it is good for us to be here. Let us put up three shelters-one for you, one for Moses and one for Elijah.” (He did not know what to say, they were so frightened.) Then a cloud appeared and covered them, and a voice came from the cloud: “This is my Son, whom I love. Listen to him!” Suddenly, when they looked around, they no longer saw anyone with them except Jesus. As they were coming down the mountain, Jesus gave them orders not to tell anyone what they had seen until the Son of Man had risen from the dead..” Mark 9:2-9

The Transfiguration of Jesus Christ

This biblical event appears in each of the Gospel books as an important moment in the life of Jesus and evidence of his divinity. After Jesus performs a series of miracles and foretells His own death, Jesus leads just three of his disciples, Peter, James and John, to a “high mountain.” This is where the Transfiguration takes place in which his appearance was radiantly transformed.

The transfiguration of Jesus Christ was a powerful demonstration of His divine nature and manifestation of His glory, which Jesus possessed prior to coming to earth in the human body. This revelation is referenced in a passage in the Apostle Paul’s message to Phillippi. “Let this mind be in you, which was also in Christ Jesus: Who, being in the form of God, thought it not robbery to be equal with God: But made Himself of no reputation, and took upon Him the form of a servant, and was made in the likeness of men: And being found in fashion as a man, He humbled Himself, and became obedient unto death, even the death of the cross. Wherefore God also hath highly exalted Him, and given Him a name which is above every name: That at the name of Jesus every knee should bow, of things in heaven, and things in earth, and things under the earth; And that every tongue should confess that Jesus Christ is Lord, to the glory of God the Father” (Philippians 2:5-11 KJV).

What was the Importance of the Transfiguration?

The following is a transcription of the video above answering “What was the Importance of the Transfiguration?”

It’s impossible to appreciate what’s going on with the Transfiguration unless you consciously factor in the reality that that remarkable scene takes place just a few days after Jesus had, for the very first time, told his disciples He was going to die. And when he told his disciples, in Matthew 16:21, He was going to die, they were offended and scandalized. Peter, speaking for the group, grabbed Jesus and said, “far be it from you [to die], it can’t happen.” Jesus was, of course, upset with Peter and told him, “you savor the things of man and not of God.”

This (Transfiguration) is about three years into a three and a half year ministry. This is after for months and years those disciples had followed Jesus, they had seen his miracles, they had done miracles in His name. They knew something palpably and objectively about the power and the reality of who Jesus was, and yet, when He began to talk about dying it was staggering to the disciples and they began to wonder if He was really the Messiah. Therefore, for that reason, Jesus took three, Peter, James and John, into a high mountain apart, away from the other apostles.

Jesus takes Peter, James, and John into a very secluded place and He begins to pray. He asked the disciples to pray and they fall asleep. Then, as they wake up, they see Jesus standing before them with an ineffable (indescribable) manifestation of light and glory which will be His when he reigns as King in days to come. He had laid aside that external glory and for just a few minutes as they watched they see him transfigured (metamorphized is the Greek word). The point is that the caterpillar had become a butterfly, the one who had so carefully veiled his physical glory took it to himself for a brief moment. The whole purpose of that experience was to reinforce the staggering faith of those apostles. That’s exactly what Peter gets out of it when he remembers it and says we did not bring you cunningly devised fables, we made known to you the power of Jesus because we were with Him in the holy mountain. We know He is Messiah and will reign as Messiah because we saw His physical glory.

The point of the Transfiguration was to reinforce the staggering faith of the apostles. As Jesus, Peter, James, and John return from the mountain, they find the other apostles trying to drive a demon out of a man and unable to do so. When they ask why the exorcism won’t work, Jesus says it is because of their staggering faith. In the context, what is it that has staggered their faith? It was Jesus’ message that He is going to die and that is exactly what the Transfiguration is all about. In such an interesting and compelling way, the Transfiguration illustrates what a careful, sensitive, creative and resourceful teacher Jesus was.

He had been trying to get His impending death across to the disciples and sees how desperately crippled they are by the announcement. So He is sensitive enough, some days later, to provide that sort of a condescending object lesson, where God condescends to give him that physical glory just to reinforce their faith. 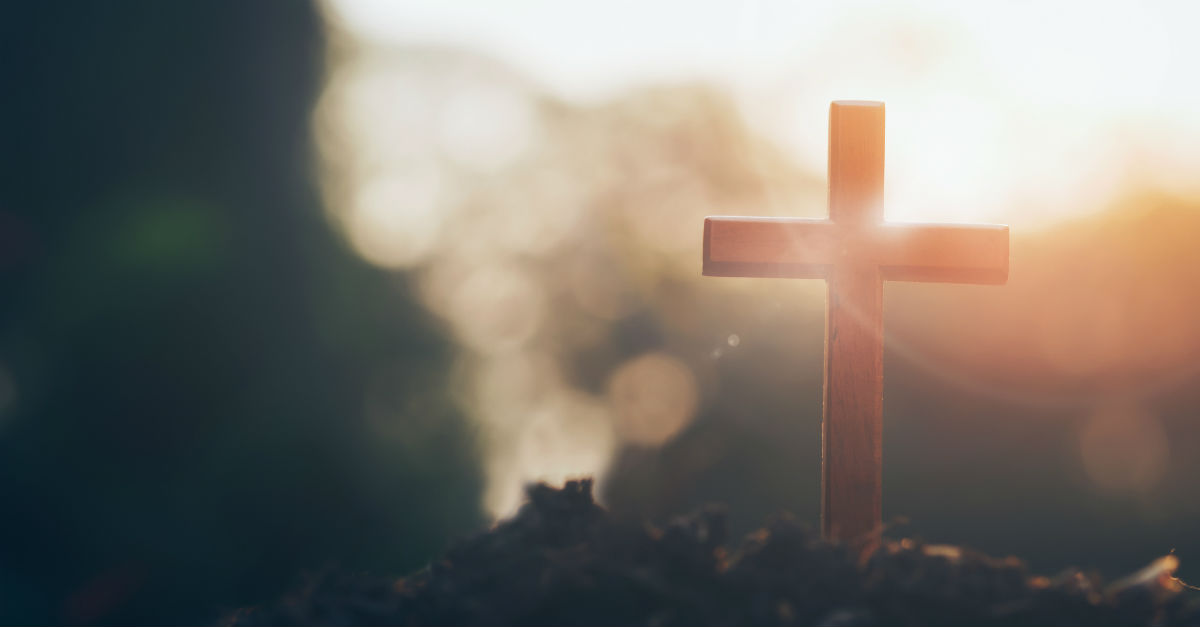