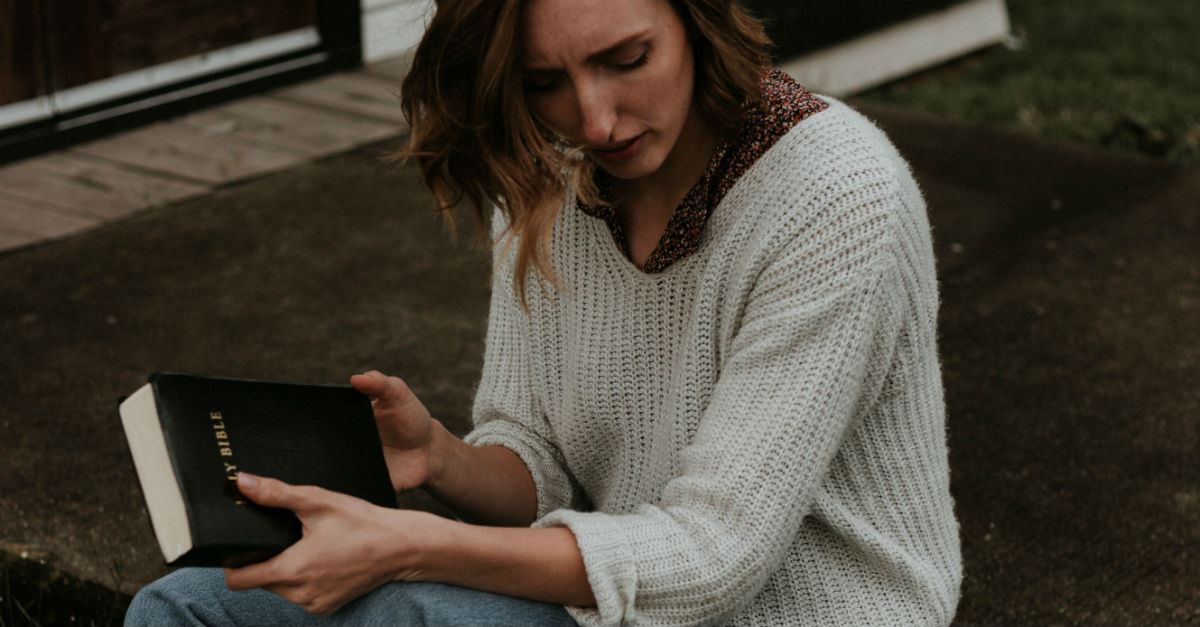 Few women from the Bible receive as much press and intrigue from both Christians and non-Christians alike than Mary Magdalene. From Broadway hits such as Jesus Christ Superstar to Dan Brown’s Da Vinci Code have read more and said more about her past than Scripture has indicated.

In this article, we’ll discuss the true identity one of the most notorious women who followed Jesus during his ministry, and we’ll expel popular, false ideas that have arisen about her throughout history.

What does the Bible say about her?

We only have one hint at Mary Magdalene’s life before she followed Jesus. When He casts seven (or possibly more) demons out of her, as Luke 8:1-3 says, Mary Magdalene does a complete turnaround and follows Jesus for the rest of His ministry.

Here’s what else we know about her:

Aside from that, we don’t have many clear details about her from Scripture.

Western Christianity has assigned roles to Mary Magdalene which the historical person did not seem to fulfill. Western art and modern media have falsely depicted Mary Magdalene as a prostitute and even as the wife of Jesus. Let’s look deeper into theses false stereotypes.

For instance, some have said Mary and Jesus were either lovers and husband and wife. Some have point to a heretical document the size of a business card known as “The Gospel of Jesus’ Wife” as evidence for this.

Mary Magdalene did not marry Jesus. Not only would’ve this have been impossible considering He remained single throughout His public ministry, but He ascended into Heaven after His resurrection.

Furthermore, God would not marry humans. Not to mention if the Nephilim spoken of back in Genesis 6:1-4 were in fact fallen angels (supernatural beings) who had children with humans, then God saw the wickedness that came about from these unions. This article suggests one of the reasons the Great Flood happened was to wipe out the unnatural result of supernatural being and humans having children.

2. Mary Magdalene was a former prostitute. (She wasn’t.)

Mary Magdalene, as it seems according to Scripture, was likely not a prostitute. Some people associate her with the prostitute who washes Jesus’ feet (Luke 7:36-50), but no biblical verse ties the two.

Some have also suggested Mary Magdalene is the women caught in adultery, but again, Scripture does not give that woman a name (John 8:1-11).

Why do so many Christians claim Mary was a prostitute?

If no Scriptural evidence directly ties her to this role, where did the prostitute affiliation come from?

“Although Gregory did not actually call her a prostitute, he interpreted the ‘seven demons’ of which she had been exorcised as the totality of vices, and asserted that the ointment she used to anoint Jesus’ feet had previously been used by her to perfume her body for sensual purposes. Subsequently, the legend of Mary Magdalene, the sister of Martha and Lazarus, as a beautiful, vain, and lustful young woman saved from a life of sin by her devotion to Jesus became dominant in western (Catholic) Christianity, although the eastern (Orthodox) church continued to regard Mary Magdalene and Mary of Bethany as distinct saints, and identified neither with Luke’s sinner.”

Although the Western church, since the late 20th century, has attempted to undo the false representations of Mary in the past, some of those misconceptions still linger, especially in popular culture.

1. It matters that we clarify Jesus never had a wife. God would never engage in sexual relations with His creation. He would consider that to be an abomination. We need to eradicate any affiliation of Mary Magdalene as Jesus’ wife.

2. We need to make sure we have the historical facts right about anything mentioned in the Bible, even something that seems insignificant. Nonbelievers will nitpick Scriptures to try and find something inaccurate historically so they can try to disprove its credibility. If we have an inaccurate picture of something even small, they will use that as evidence against the infallibility of Scripture.

3. Mary is a radical character in the New Testament—the first to witness the resurrection—and we have to make sure to get her story right since Christians and unbelievers alike seem fascinated with her.

Although, all in all, we can take away from Mary that she lived a life apart from God until she had an encounter with Jesus which radically changed her life. She went from a life oppressed by seven or more demons to participating in Jesus’ ministry and witnessing the greatest miracle of all time.

Hope Bolinger is a literary agent at C.Y.L.E. and a graduate of Taylor University’s professional writing program. More than 350 of her works have been featured in various publications ranging from Writer’s Digest to Keys for Kids. She has worked for various publishing companies, magazines, newspapers, and literary agencies and has edited the work of authors such as Jerry B. Jenkins and Michelle Medlock Adams. Her column “Hope’s Hacks,” tips and tricks to avoid writer’s block, reaches 5,000+ readers weekly and is featured monthly on Cyle Young’s blog. Her modern-day Daniel, “Blaze,” (Illuminate YA) released June 2019 and the sequel releases a year from now. Find out more about her here.