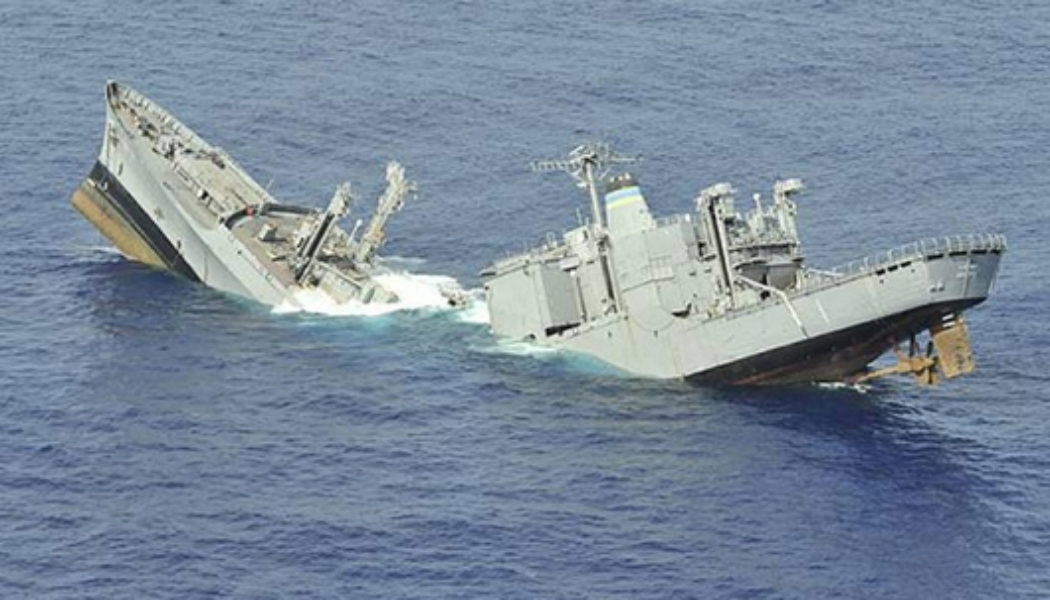 Over the course of my thirty years as an unwitting member of a loosely knit community that might even amount to a ‘movement’-an education reform movement-I have certainly met many whom I feel fortunate to call friends, who care deeply about Catholic education, and out of sheer goodness (and often at great personal cost!) want to do something better for their own children and the children of others, but who are, unfortunately and through no fault of their own, victims of the very education that they seek to reform.

I believe it is too optimistic to say that education is in crisis. Like sailors having survived, for the moment, a torpedo at sea and are perhaps floating about in the water staring at the sinking ship, the word crisis no longer seems relevant. Disaster, catastrophe and collapse seem like words more apt for describing the present educational state of affairs.

No breaking news here. The catastrophe in education runs very deep and it is possible to identify a great many possible causes for it. Those of a religious persuasion will immediately point to the obvious and diabolical absence of school prayer and Godlessness. Or my politically minded friends rail against the neglect of teaching history accurately and the use of insidious and false history texts. They say “If only they would teach history, these kids might have a clue!” Literary folks bemoan the abandonment of the great works, Shakespeare, Dante, and Cervantes – even Homer! I myself often complain about the destruction of education when Harvard University jettisoned its Latin and Greek requirement (somewhere around the year 1900!). And of course the entire educational establishment had to follow in lockstep. Others might point to the deleterious encroachments that technological advances have made on the minds of our students eroding their imaginations and memories, enabling them to substitute technology where hard work used to be required.

But these days, I am almost embarrassed to mention any of these defects when I hear what destructive forces are at work in the schools and what is being imposed on the minds of children against the will of their parents! One shudders.

Nonetheless, after the hurricane hits, we ordinarily pick up the pieces, gather up what can be salvaged and try to restore order as best we can. But here is the point. In restoring order to education we cannot, and should not, pick up the pieces that led to the collapse!

To be specific, a significant error stands in the way of education that involves a question at its very roots. The question is, how should a curriculum be divided?

Now, I know that to many people, discussions about ‘the way things should be divided’ might seem like a petty question of ‘semantics.’ It took me a long time before I realized that working out fundamental divisions on an intellectual level is really a matter of chief importance. St. Thomas Aquinas and Julius Caesar taught me that division is the first task in either tackling an important intellectual problem or a difficult enemy.

St. Thomas never attempts to answer a question of any significance without first discussing its divisions. Amateur Thomists, like me, always skip these discussions. Years later we realize that St. Thomas was not spending time on his divisions simply out of an overly zealous desire to be thorough. Actually, it is in getting fundamental divisions correct that the lion’s share of important intellectual work is accomplished. Likewise, mistakes in fundamental divisions are where important battles are lost.

Those involved in education, at some time or other, need to tackle the question of school curriculum. After all, a school’s main activity, as surprising as this might be to some, stems from its curriculum. Schools are still thought of as a place where students go to learn. And they learn through a set of ‘courses’ and the entire set of courses is what we call a curriculum!

Therefore, the question, for us would-be reformers, becomes this: What is/are the most fundamental division/s in a curriculum?

It is in getting this primary question right that we may have a chance at having what we might call a well-designed and thoughtful curriculum. If we get this question right, we might actually have a chance at constructing an excellent school. On the other hand a wrong answer might condemn our efforts to amounting to nothing more than piling more rubble on to the educational mess that was left by the original disaster.

Now what has been the prevalent answer to this question over, say, the last century, during the latter part of which we especially have detected the educational disaster? What is the modern division of the curriculum that governs the thinking at nearly every college, university, secondary and even primary school in the known world?

The modern division is this: Every curriculum is wholly divided into two parts! On the one hand we have the sciences and on the other we have the humanities.

Now, we need to recognize this division as a very bad one.

Please understand, I do not cast a stone here, because I too have been a victim of the intellectual custom of our day. It is well nigh impossible to escape serious errors, and especially those to which we have become habituated through the sheer force of custom, which Shakespeare calls a tyrant and Pindar calls a king.

Why do we say that the moderns’ division of the curriculum into science and the humanities is a bad one? Why does this division undermine the efforts of those who wish to restore Catholic classical education? We need to examine each of the terms first.

According to the current understanding of these terms, the distinction between science and the humanities is the distinction between the natural and the human. The natural sciences, like Biology, Chemistry and Physics are thought of as sciences by which we can know (and hopefully manipulate!) the objective world of nature. The term science these days appears to especially signify what we might call the mathematical sciences, and the more any particular field of study can mathematize itself the more scientific it becomes!

But what precisely is meant by the term ‘humanities’?

…no matter what we do with the term “humanities,” there is no getting the “human” out of it, so that any intelligible interpretation of the term involves some reference to man and the things of man: the things he does, the things he makes, the things he thinks. Accordingly, it would seem that certain disciplines are named “humanities” because they are about man or are pre-eminently referred to man in some way.

The humanities will often include subjects like Literature, History, and Philosophy. Catholic schools might even include Theology as among the humanities! According to this view, the humanities are those studies whereby man achieves his freedom by becoming more human. These studies humanize him. As Berquist brilliantly says,

There are several ways of understanding this, but what it seems to mean in the present context is that man becomes himself more fully through self-discovery and self-awareness. Since art, literature, history, and philosophy are all expressions of his humanity, he becomes conscious of himself as man through studying them. In this view, then, man is liberated insofar as he is humanized, and he is humanized by becoming conscious of himself through the study of culture. Liberal studies are the same as humane studies.

This might sound sort of convincing at first glance- perhaps because of the ancient adage, “Know thyself.”

Certainly there is a sense in which the entire life of the mind is built on that injunction given by the seven wise men of Greece. So what is wrong with the division?

The first problem is that those who surrender, wholesale, the understanding of the term science to the moderns betray the very highest science to which the entire Catholic educational enterprise is ordered – namely Theology, the “Queen of the Sciences.” I should add that along with this betrayal of the Queen of Sciences is the betrayal of her entire court- namely philosophy and all her minions (e.g. the seven liberal arts).

The second problem is that the division of curriculum into sciences and humanities orients the intellectual life of man in a way that is antithetical to its proper orientation.

For a better understanding of this remember that it was Thales, the first philosopher, who taught us that our intellectual aspirations should be pointed heavenward. It was Thales who, with his head tilted to the stars gazing in admiration, was said to have fallen into a ditch. The moderns would have us keep our gaze focused on the sublunary sphere, the sphere of the mathematical sciences and the world as it is in reference to man.

These assertions may seem easily refutable by those who misunderstand the point advanced here. We do not deny that the mathematical sciences occupy an important place in the intellectual life of man. Nor do we assert that subjects like literature and history are to be neglected!

We do, with some indignation, reject the overly narrow understanding of the sciences to exclude the highest of sciences Philosophy and Theology. To deny the Aristotelian and Thomistic understanding of science (later expounded by St. Boethius) is to deny the heart and soul of the intellectual life.

Finally to imply that Philosophy and Theology are artifacts in the same sense as the fine arts or literature is to level a death-stroke at the subjects which should be held at the pinnacle of Catholic education. Philosophy and Theology are not defined as ‘what man has thought‘ or ‘human thoughts about nature and God.’ They are, rather, understood as intellectual endeavors whereby man himself can raise himself above his nature to the greatest extent possible and even become more like God.

In a tear-inspiring passage, Aristotle expressed substantially the same point nearly 2500 years ago, perhaps addressing those who like Protagoras held man as the measure of all things,

If reason is divine, then, in comparison with man, the life according to it is divine in comparison with human life. But we must not follow those who advise us, being men, to think of human things, and, being mortal, of mortal things, but must, so far as we can, make ourselves immortal, and strain every nerve to live in accordance with the best thing in us; for even if it be small in bulk, much more does it in power and worth surpass everything.