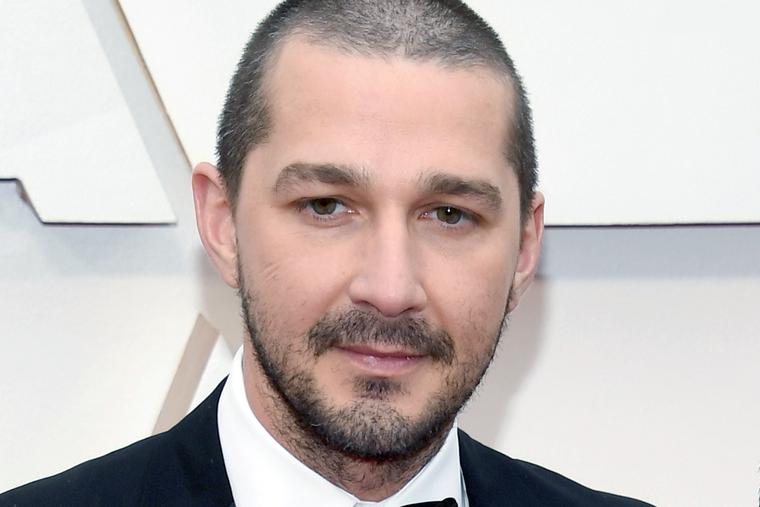 On Aug. 25, Bishop Robert Barron released a video interview with actor Shia LaBeouf, in which LaBeouf not only announced his conversion to the Catholic faith but rivetingly described the steps of what he calls his “salvific journey.”

LaBeouf has appeared in 40 movies, four television films, 77 episodes for various shows and three video games. Winner of multiple acting awards, the 36-year-old is most famous for his leading role as Sam Witwicky in the Transformers series.

But astride the fame, he has lived a troubled life. He appeared nude in 10 movies, with most featuring graphic sex scenes, an indication of his loss of shame and self-worth. He battled with alcohol addiction, plagiarized a script, was charged with disorderly conduct, harassment, criminal trespass, public intoxication, obstruction, battery and theft, and was accused by one girlfriend of physical abuse and by another of sexual battery, assault and infliction of emotional distress.

In the interview with Bishop Barron, LaBeouf confessed, “My life was on fire. I was walking out of hell. … I didn’t want to be an actor anymore and my life was a complete mess. I’d hurt a lot of people.” News had come out that “I’ve been abusive to women and have been shooting dogs and I’ve been willingly giving women STDs. It’s disgusting, it’s depraved, and my mother is embarrassed beyond all imagination.”

It brought him to contemplate suicide. “I had a gun on the table. … I didn’t want to be alive anymore. … [There was] shame like I had never experienced before, the kind of shame where you forget how to breathe.”

It was at that point that director Abel Ferrara, who was participating with him in a virtual self-help group, asked him, in view of a movie he was preparing to film, whether he had ever heard of Padre Pio. He hadn’t — and because by his point he was “nuclear” and no one wanted to work with him, he thought Ferrara’s question was his “chance to get back on the hustle.”

To prepare for the role, he needed to learn about the Catholic faith and about the Capuchin order to which St. Pio belonged. He drove to San Lorenzo Seminary in Santa Ynez, California, where he met and was befriended by the Capuchins.

As an actor who tries to immerse himself in the life of the characters he portrays, he also needed help learning how to convincingly “say” Mass, which was the center of St. Pio’s life. That took him to Christ the King Church in Oakland. So that he would have a better systematic grasp of the Catholic faith, the Capuchins also arranged for him to be catechized by a religious sister.

Over the course of several months, this intense study, LaBeouf said, “stops being prep for a movie and starts being something that feels beyond all of that.” He began to feel an overwhelming urge to “let go” and “surrender for real” to God, which he did with courage and zeal. He later expressed wonder at the way, when he was at rock bottom, his ego led him to jump at the possibility of a movie role focused on Padre Pio. “It was like somebody tricked me into it,” he said. Now he worships that Trickster.

There’s much we can learn from his conversion story, especially the elements God used to lead him from a self-described infernal life, from being “really good at attacking Catholicism because it made me feel superior” to being humble enough to repent, believe in and live the Gospel.

Insofar as there are many today not only following the descending paths LaBeouf trod prior to his conversion, but also many who admire his work and are dumbfounded by his conversion, it’s good for the Church to know what drew him and might draw others.

LaBeouf was, first, drawn by the way that the Catholic life is “full immersion.” It involves reason, will and feelings. As an actor, he ironically hates anything that feels like acting — his bar mitzvah at 13 felt, he said, like acting — and he refused to fake a Padre Pio accent. He sought integrity and, to his surprise, discovered it in Catholic life.

Second, he hungered for a sense of connection and found it with the Capuchins. Their welcoming, down-to-earth, sincere fraternity — not to mention their laughter, ice cream and cats — drew him.

Third, he was captivated by the Mass, especially the traditional Latin Mass, which he needed to learn — and immerse himself in — for the movie. For him, pretending to celebrate it and attending it made him feel that “a secret” was being shared with him. It enveloped him with a sense of the reality of God and the sacred.

His first experiences of the Mass in English were, he lamented, as if someone was “trying to sell me on an idea,” where the preaching was not fit for the dignity of what the Mass is, but rather was an invitation “to let your hair down right before you’re asking me to fully believe that we’re about to walk through the death of Christ.” When he discovered he had been baptized by an uncle and the Capuchins allowed him to begin receiving Holy Communion, he said he could almost feel the physical effect and regeneration of entering into Christ’s death and resurrection.

Fourth, he was moved by the fact that great converts preceded him. He spoke of the impact of St. Augustine and St. Francis of Assisi, but mainly of Capuchin Brother Jim Townsend, a con man who murdered his pregnant wife and spent 20 years in prison, but converted and ended up spending 39 years as a Capuchin. He “gave me permission as a sinner,” LaBeouf said, and if after all Townsend had done, such a man could live by faith, there was hope for him, too.

Fifth, he had to be taught how to pray. Prior, praying felt like “memorizing someone else’s words.” But when a Capuchin brother and Bishop Barron explained how to handle quiet and pass from silence to loving thoughts and loving deeds, everything began to click.

Sixth, he longed to meet a masculine Jesus.

“My opinion of Christ at this point,” he said, “felt almost like I was reading about a Buddhist, a very soft, fragile, all-loving, all-listening [man] with no ferocity, no romance.” That impression was reinforced by the “art that I had seen,” which featured “very soft, more feminized” depictions of Jesus. Reading the Gospel, with the guidance of the strong paternal influence of a Capuchin, he came to understand the difference between weakness and meekness, and to grasp how meekness, like Jesus showed throughout his life, is a summit of strength.

Seventh, he needed to discover a “purpose” in life, what Catholics would ordinarily call a vocation.

A Capuchin taught him that discernment happens through discovering the talents God has given you and determining how you can use them to help others. LaBeouf thought his sole talent was “bleeding in front of people,” something featured in several of his films. He eventually grasped how appropriate that skill set was in depicting the modern world’s most famous stigmatist!

Eighth, he had to learn the redemptive meaning of suffering.

He thought that the suffering he had borne and caused until then was “pointless.” A Capuchin helped him to see how “suffering is actually a gift” — a realization that led LaBeouf even to thank the woman who had accused him of sexual abuse, who he said “saved his life,” through the shame he had to endure as a result of her accusations and the pain he had caused.

All of these lessons were integrated, ninth, in St. Pio, whom LaBeouf came to know as “one of the most respected, beloved saints who ever graced the earth.” To immerse oneself in his life in the midst of his fellow Capuchins — trying to imitate the way he celebrated Mass, prayed, sought and dispensed God’s mercy, dealt with suffering and rejection, prayed from dawn to dusk, manfully challenged others to holiness, and lived his Capuchin vocation with immense faith, hope and charity — has been for LaBeouf a tremendous school that, likewise, “saved my life.”

As we give God thanks for LaBeouf’s conversion and pray for his continued growth in the virtues of Catholic life, we similarly pray that his conversion might bring many others to the Catholic faith as well as help everyone in the Church to recognize the enduring attraction of the faith and the practices that make that beauty shine.