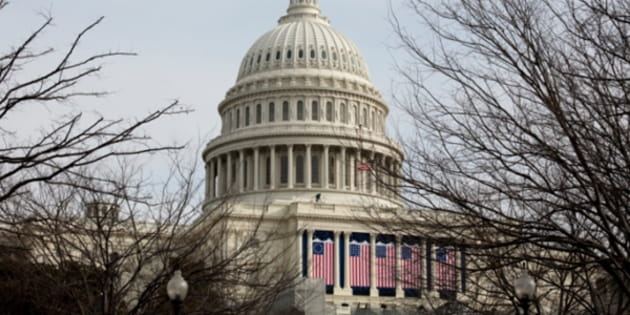 [Editor’s note: This article (© 2013 by Rick Phillips) originally appeared at reformation21.org. Reprinted here courtesy of the author and the alliance of confessing evangelicals. www.alliancenet.org.]

Peter and John answered them, “Whether it is right in the sight of God to listen to you rather than to God, you must judge” (Acts 4:19).

It is possible that historians will look back on 2013 as a watershed in the relationship of Christianity to American culture. I say this because, while Christians have always needed to face what we might call “soft persecution” in the form of social and career consequences, it seems that starting this year we may experience official and legal persecution for upholding basic Christian values in the face of intolerant government demands. If this is true, it is essential that Christians not shrink back from facing this affliction. If the time has come for believers to accept the kind of persecution experienced elsewhere in the world–China, the Middle East, and Africa–then true disciples of Christ must embrace this challenge with courage, conviction, and prayer.

The First Amendment to the US Constitution prohibits Congress from passing any law that infringes the free exercise of religion. The question today is whether or not this freedom will still be permitted when it comes to the public life of Christians. The conflict is arising over the matter of contraceptives in health care plans. The Roman Catholic Church holds that all contraceptives are immoral. Most Evangelical Christians do not forbid all contraceptives, but hold that abortifacient contraceptives are sinful. (These are contraceptives that destroy a fertilized embryo, which we regard as destroying a human life.) The current issue is the mandate under the Affordable Care Act (popularly known as “Obamacare”) for businesses, including those owned by Christians and formed to uphold Christian values, to provide abortifacient contraceptives in the insurance plans of their employees.

There are two things happening in this conflict for Christians to be aware. First, we should be praying for Christian businesses such as Hobby Lobby and Domino’s Pizza, who are seeking legal protection from the demands of Obamacare. These are private businesses whose Christian owners refuse to obey a federal requirement that they believe violates God’s law. They are joined by religious-based colleges such as Roman Catholic Belmont Abbey and Evangelical Wheaton College, who are also seeking legal protection through lawsuits. Christians should be praying that our courts will uphold the freedom of Christian organizations not to engage in actions they regard as sinful. (At present, churches are exempt from providing contraceptives in our insurance.) If the courts decide against these Christian cases, then legal precedent in America will permit the federal government to enforce laws that require Christian organizations to violate God’s law.

Second, starting on January 1, Christian businesses have faced heavy government fines for refusing to obey the Obamacare mandate. Hobby Lobby, for instance, faces $1.3 million per day for refusing to provide abortifacient contraceptives to its 13,000 employees. These and legions of other Christians organizations, including seminaries, book publishers, and Christian schools, may be forced out of business, with thousands of jobs lost, by the government fines.

In my view, it is important for Christians to realize the grave nature of this new threat. What is at stake is our freedom to participate in the public life of our nation while upholding our religious convictions and our fidelity to Jesus Christ.  The book of Revelation speaks of the “mark of the beast” without which “no one can buy or sell” (Revelation 13:17). This mark was given to those who bowed and worshiped the image of Caesar, and those who received it are judged by God (Revelation 14:11). I would not say that the Affordable Care Act is the mark of the beast, nor that our government leaders are intending to serve the Antichrist. Yet the principle informs Christians that we must not obey civil leaders who command us to disobey Christ, whether they intend this or not, at the expense of our jobs and businesses.

With this in mind, Christians should be praying not only for the Christian lawsuits seeking protection of our religious liberty, but also that business leaders like David Green of Hobby Lobby would not give in when their companies are threatened. If the time has come for Christians to prove our faith by suffering for our convictions, then let us pray that Christ would give us the strength so that our generation would receive a witness of Christian fidelity and courage.

It is also important for Christians not to over-react. I know of no evidence for instance, that the purpose of the Affordable Care Act is to deny Christians their freedoms or that President Obama is bent on persecuting Christians. Rather, he and others believe that contraception is essential to women’s liberty. Once they have argued that health care is a basic human right and that contraception is a woman’s basic liberty, they put this together to insist that all employers provide for these. In their view, it seems, Christians are imposing our views on others in such a way as to deny their basic rights. This shows that there are complicated pieces in this situation.  What does it mean that health care is a right?  Is contraception necessary for women’s freedom, and what kind of contraception? Do business owners have a moral obligation to provide health care? Does the federal government have the right to dictate these matters to private organizations? These are among the issues debated in this situation.

The question of religious freedom is also somewhat complicated. There are many actions that our society considers immoral even if they are supported by private religious belief. So where does the Roman Catholic prohibition of contraception and the Christian rejection of abortifacients fit into this picture? The question of the Obamacare contraception mandate has a simple answer for Christians: we must obey God instead of man. At the same time, we should realize the question of communicating our position to non-Christians is not so simple, and requires us to maintain a calm, gracious, and thoughtful demeanor in making our case before our secular society.

One thing the mounting conflict over the Affordable Care Act shows is that the cultural divide between Christians and pagan America is growing wider. Increasingly, Christian convictions do not “make sense” to hardened secularists. In such a situation, our commitment to live boldly according to God’s Word is greater, even under persecution. Simultaneously, the need for us to give a clear, gracious, and steadfast testimony to the gospel is more greatly needed now than ever before. May we not be found wanting in courage and faith, or in mercy and love, in the year of conflict between Christians and culture that 2013 is likely to be.

rick phillips (M.Div., Westminster Theological Seminary) is senior minister of the historic Second Presbyterian Church in Greenville, S.C., a member of the council of the alliance of confessing evangelicals, and chairman of the philadelphia conference on reformed theology, which was founded by James Montgomery Boice. He is the author of numerous books, including Jesus the Evangelist, What’s So Great about the Doctrines of Grace? and Hebrews (Reformed Expository Commentary Series). His preaching is heard weekly on the radio program god’s living word. Prior to his calling to the gospel ministry, Rev. Phillips served as a tank officer in the U.S. Army and was assistant professor of leadership at the United States Military Academy, West Point, resigning with the rank of major. He lives with his wife, Sharon, and their five children in the Upcountry of South Carolina.